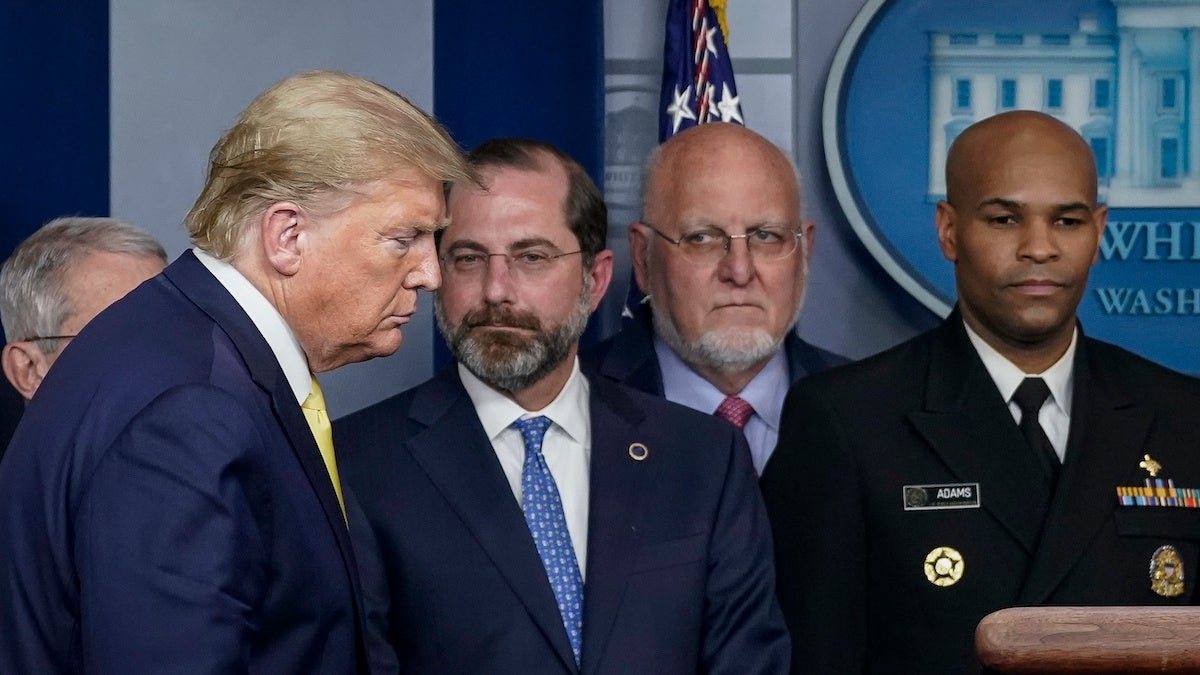 The Trump administration has buried guidelines from the Centers of Disease Control and Prevention (CDC) detailing how to safely reopen the U.S. economy as the country continues to navigate the coronavirus pandemic.

The 17-page “Guidance for Implementing the Opening Up America Again Framework” was supposed to be published last Friday, but agency scientists were told it would “never see the light of day,” an anonymous CDC official told The Associated Press. The move continues the administration’s pattern of hostility towards government scientists, a pattern that predates the pandemic and has been especially noted in relation to the climate crisis.

⚠️EXPLOSIVE: 17-page CDC guide to reopening the country "has been shelved by Trump administration… but CDC scientists were told the guidance '*would never see the light of day*'."

In this case, the administration was concerned that the guidelines were too restrictive, would infringe on religious freedom and would harm the economy, The New York Times explained.

The White House coronavirus task force had originally requested the document from the CDC, but ended up deciding it was “overly prescriptive” as a document for the whole country, an administration official told CNN.

But task force coordinator Dr. Deborah Birx told CNN she had gotten revisions on the guidelines back from CDC and was working on them “to really make sure that both the American people, as well as public health officials, understand the guidelines.”

There have been mixed reports of Birx’s opinion of the guidelines. One anonymous senior administration official told The New York Times she mistrusted the data, while a federal official who supports the guidelines said she was in favor of publishing them.

There were also concerns expressed internally about the guidelines’ impact on religious services and the economy. The CDC recommended, for example, that churches require members to wear face coverings inside the building and suspend musical or choral performances. But some officials thought those recommendations violated religious freedoms.

“Governments have a duty to instruct the public on how to stay safe during this crisis and can absolutely do so without dictating to people how they should worship God,” Roger Severino, the director of the Department of Health and Human Services’ Office for Civil Rights and the former head of the DeVos Center for Religion and Civil Society at the Heritage Foundation, said, according to The New York Times.

But a draft of the guidelines makes clear that the religious recommendations are “not intended to infringe on First Amendment rights as provided in the U.S. Constitution,” and that faith communities are free to choose to follow them or not.

The guidelines were also caught in the crossfire of an ongoing administration debate about how many restrictions to maintain as the economy reopens, an anonymous CDC official told CNN.

“The CDC, the White House task force and White House principles were in disagreement on how strongly a public health response should still be in place,” said the official.

Officials at the Department of Labor argued that some of the recommendations to businesses were too strict and could expose them to lawsuits if workers got sick or died from COVID-19.

President Donald Trump has also said he wants to return the country to “what it was three months ago.”

However, some public health experts said the guidelines could have been helpful for states trying to navigate reopening requirements. For example, the guidelines stated restaurants should place tables six feet apart and use phone apps to alert customers when their tables are ready.

“States and local health departments do need guidance on a lot of the challenges around the decision to reopen,” Dr. Marcus Plescia, chief medical officer of the Association of State and Territorial Health Officials, told The Associated Press. “You can say that restaurants can open and you need to follow social distancing guidelines. But restaurants want to know, ‘What does that look like?'”

Ultimately, the rejected guidelines highlight how the CDC has been sidelined in the government’s response to the new coronavirus.

“CDC has always been the public health agency Americans turn to in a time of crisis,” Dr. Howard Koh, a Harvard professor who served as a health official in the Obama administration during the 2009 H1N1 swine flu pandemic, told The Associated Press. “The standard in a crisis is to turn to them for the latest data and latest guidance and the latest press briefing. That has not occurred, and everyone sees that.”