Tropical Storms Are Getting More Intense Due to the Climate Crisis 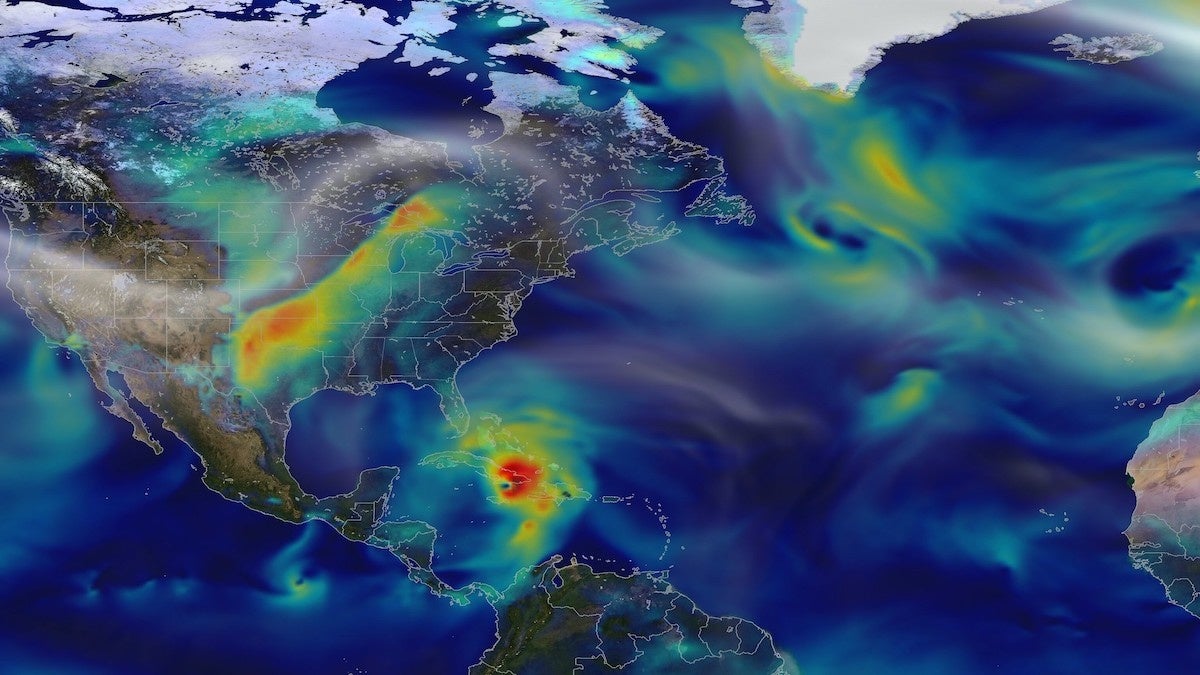 The devastation caused by hurricanes in the Bahamas, Puerto Rico, North Carolina and Houston over the last few years is a direct effect of the climate crisis, which is making tropical storms stronger and wetter, according to a new study from the University of Wisconsin and the National Oceanic and Atmospheric Administration (NOAA), as CNN reported.

The study looked at nearly four decades of satellite data from storms around the world. The researchers noticed that the likelihood of a storm reaching Category 3 or above, with sustained winds above 110 miles per hour, increased every decade, according to CNN.

“The change is about 8 percent per decade,” James Kossin, author of the study, told CNN. “In other words, during its lifetime, a hurricane is 8 percent more likely to be a major hurricane in this decade compared to the last decade.”

The ramifications of their findings, published Monday in the Proceedings of the National Academy of Sciences, are far-reaching for coastal communities, insurers and policymakers, as increasingly severe hurricanes will usher in more damage, as The Washington Post reported.

“Almost all of the damage and mortality caused by hurricanes is done by major hurricanes (category 3 to 5),” Kossin said, as CNN reported. “Increasing the likelihood of having a major hurricane will certainly increase this risk.”

The research data aligns with predictions that scientists have made about the effects of a warming planet. Hurricanes and typhoons gain strength from warm ocean waters and water vapor in the air, among other factors, according to The Washington Post.

“Through modeling and our understanding of atmospheric physics, the study agrees with what we would expect to see in a warming climate like ours,” James Kossin, a researcher at the University of Wisconsin-Madison and the paper’s lead author, in a university statement.

The researchers looked at satellite data from 1979 to 2017, so their research period ended before Hurricane Dorian, a Category 5 storm that leveled the Bahamas. While their research focused on wind force, other research has noted that increased water vapor from a warming planet has made hurricanes and typhoons wetter, as EcoWatch reported.

“The trend is there and it is real,” said Kossin, as The New York Times reported. “There’s this remarkable building of this body of evidence that we’re making these storms more deleterious.”

Past research that had noticed the connection between global ocean temperatures and increasingly strong storms had not looked at such a long time period. The latest findings add another 11 years to the data set, which allows for statistically significant trends to become clear.

“The signals really start to emerge beyond the internal climate variability noise when you look at (approximately) 40 years of data as opposed to their earlier study which looked at (approximately) 25 years of data,” Colorado State University hurricane researcher Phil Klotzbach, who was not involved in this study, told CNN in an email interview.

“It’s a gratifying confirmation of what the field was concluding anyway for researchers … a much more robust indicator that now we’re really seeing this in nature,” said Kerry Emanuel, a hurricane expert at MIT, of the new study to The Washington Post.

The study found that trends toward stronger storms are clearest in the north Atlantic, southern Indian and eastern north Pacific oceans.