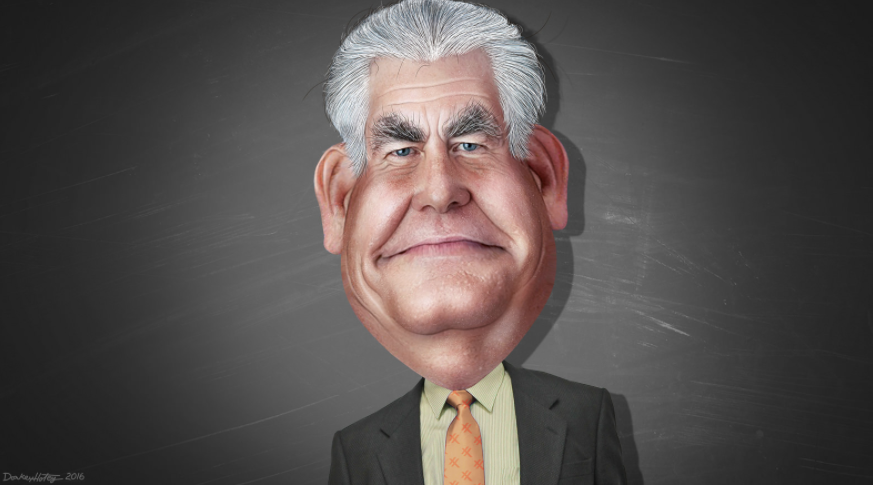 Is dealing with
climate change too inconvenient for the Trump State Department?

The
Environmental Data and Governance Initiative (EDGI), which has been monitoring changes to federal websites ever since Donald Trump took office, noted significant new changes to the State Department’s climate change website.

Climate Central reported that these are the first changes to the Office of Global Change as documented by EDGI. The changes started on Jan. 24 and continued until Feb. 2, the day after former ExxonMobil CEO Rex Tillerson took over the State Department on Feb. 1, according to Toly Rinberg, a researcher and coordinator for EDGI’s Website Tracking Team.

Here is the Jan. 2 description of the office:

“The Office of Global Change(OES/EGC) works on a broad range of international climate change issues, under the guidance of the Special Envoy for Climate Change. The United States is taking a leading role by advancing an ever-expanding suite of measures at home and abroad. The President’s Climate Action Plan highlights unprecedented efforts by the United States to reduce carbon pollution, promote clean sources of energy that create jobs, protect communities from the impacts of climate change, and work with partners to lead international climate change efforts. The working partnerships the United States has created or strengthened with other major economies has reinforced the importance of results-driven action both internationally and domestically and are achieving measurable impacts now to help countries reduce their long-term greenhouse gas emissions.”

And here’s what the current page says now:

“The Office of Global Change represents the United States in negotiations under the United Nations Framework Convention on Climate Change (UNFCCC), and in many other international forums on climate change, including the International Civil Aviation Organization and the International Maritime Organization. The office also leads U.S. government participation in the Intergovernmental Panel on Climate Change, which assesses scientific and technical information related to climate change. The office is further responsible for coordinating a number of bilateral and regional partnerships on climate change, as well as U.S. foreign assistance related to clean energy, adaptation and sustainable landscapes.” 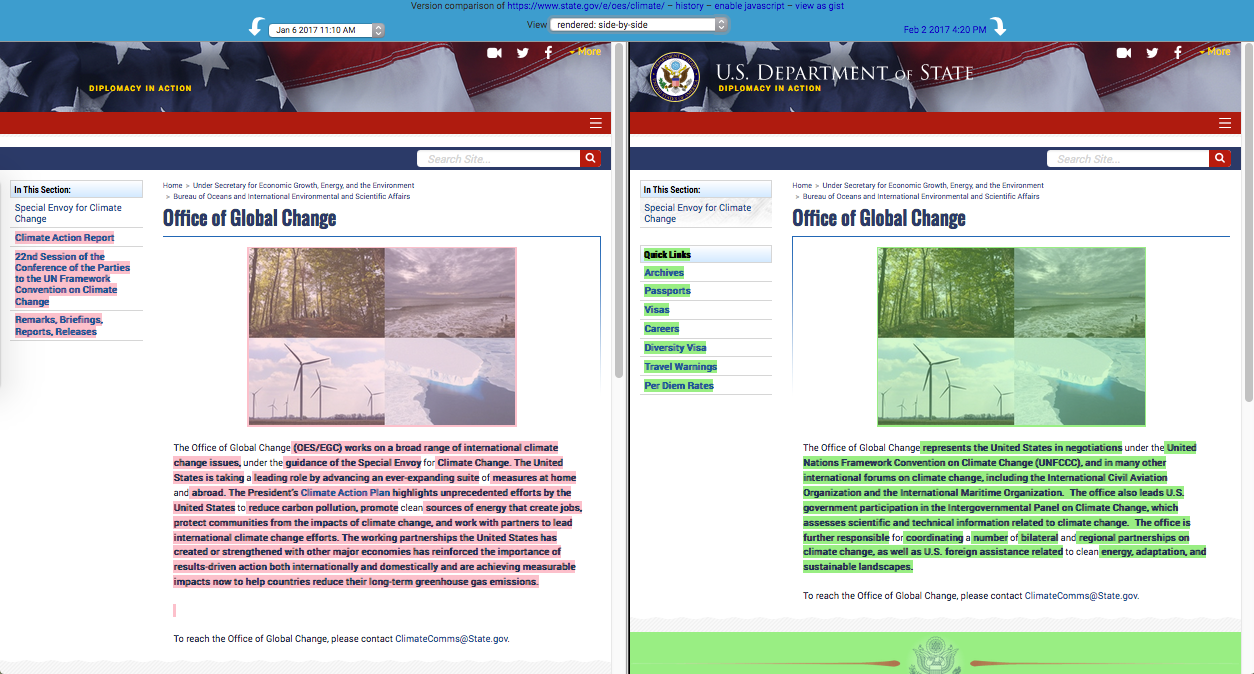 Under Tillerson’s leadership, Exxon issued several statements that supported the Paris climate agreement. However, Tillerson has not explicitly endorsed the global climate action accord.

The rewritten text reflects how the State Department is apparently distancing itself from domestic and international action on climate change, which the White House recently described as a “waste of your money.”

It seems that the new role of the Office of Global Change is to—borrowing a phrase from Tillerson himself—have ”
a seat at the table” for international forums on climate change negotiations.

During his confirmation, Tillerson said that it is “important that the U.S. maintain a seat at the table on the conversations around how to address the threats of climate change, which do require a global response.”

On the face of it, Tillerson’s carefully worded comment might sound like he is in support of climate action, but the phrasing is broad enough to allow the U.S. to rewrite the terms of the deal or withdraw from it altogether, which is
likely what Trump wants to do.

As Tillerson later said during his hearing, climate science is “not conclusive” and said the reason to maintain a seat at the table was “so we can judge the level of commitment of the other 189 or so countries around the table and again adjust our own course accordingly.”

Various government websites have been purged of climate change information ever since Trump took over. Within minutes of the president’s inauguration, the White House’s webpage removed pretty much all references to climate change and replaced it with “An America First Energy Plan.”

EDGI has noticed changes on other government websites, including text describing two rules regulating the oil and gas industry that was removed from an Interior Department page.

[Editor’s Note: EcoWatch has been informed about a tracking error by EDGI revealing that the significant website rewriting occurred before Feb. 1, which would be before Tillerson took office. This article has been updated.]