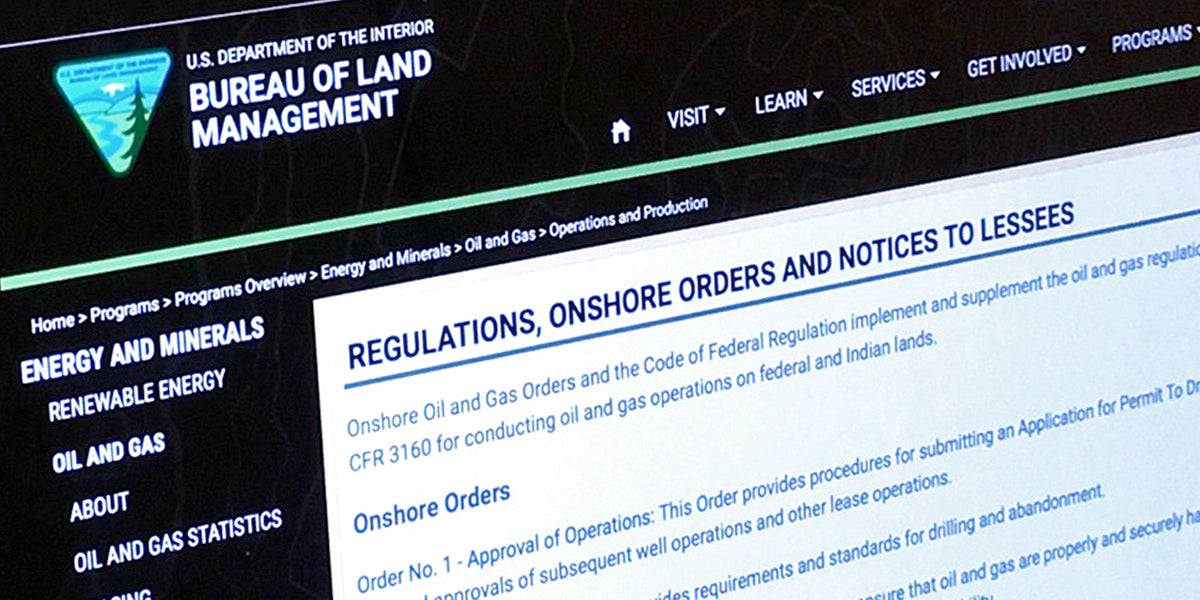 In Donald Trump‘s first week as president, text describing two rules regulating the oil and gas industry was removed from an Interior Department website. The rules, limiting hydraulic fracturing and natural gas flaring on public lands, are in the crosshairs of the Trump administration.

The changes were noted by the Environmental Data and Governance Initiative or EDGI, which has been monitoring changes to federal web sites since Trump’s inauguration.

On Jan. 21, the Bureau of Land Management (BLM) page, which describes various regulations for how the oil and gas industry should operate on federal land, still included a section on the Methane and Waste Prevention rule. The regulation was part of the Obama administration’s effort to reduce greenhouse gas emissions and the effects of climate change. By Jan. 28, the section was gone.

The rule, which is widely opposed by the oil and gas industry, limits fossil fuel companies’ ability to vent and flare gas on public land, which releases methane, a greenhouse gas around 84 times more potent than carbon dioxide over a 20-year period. It was one of the first Obama era regulations to be targeted by a Republican-controlled Congress empowered by Trump. On Feb. 3, at least five days after the site had been updated, the House of Representatives voted to repeal the methane rule using the Congressional Review Act, which gives Congress 60 days to eliminate federal regulations legislators don’t like. The bill awaits a Senate vote.

Also removed was text within a section on the Interior Department’s hydraulic fracturing rule, Obama’s primary attempt to limit the impacts of the controversial oil and gas extraction method. The page still notes that the rule exists but it no longer describes what it does. The deleted text stated that the regulation was meant “to ensure that when operations are undertaken on lands where a BLM permit is required, steps are taken to ensure wellbore integrity, proper waste water management and greater transparency about the process, including information about the composition of fracturing fluids.” 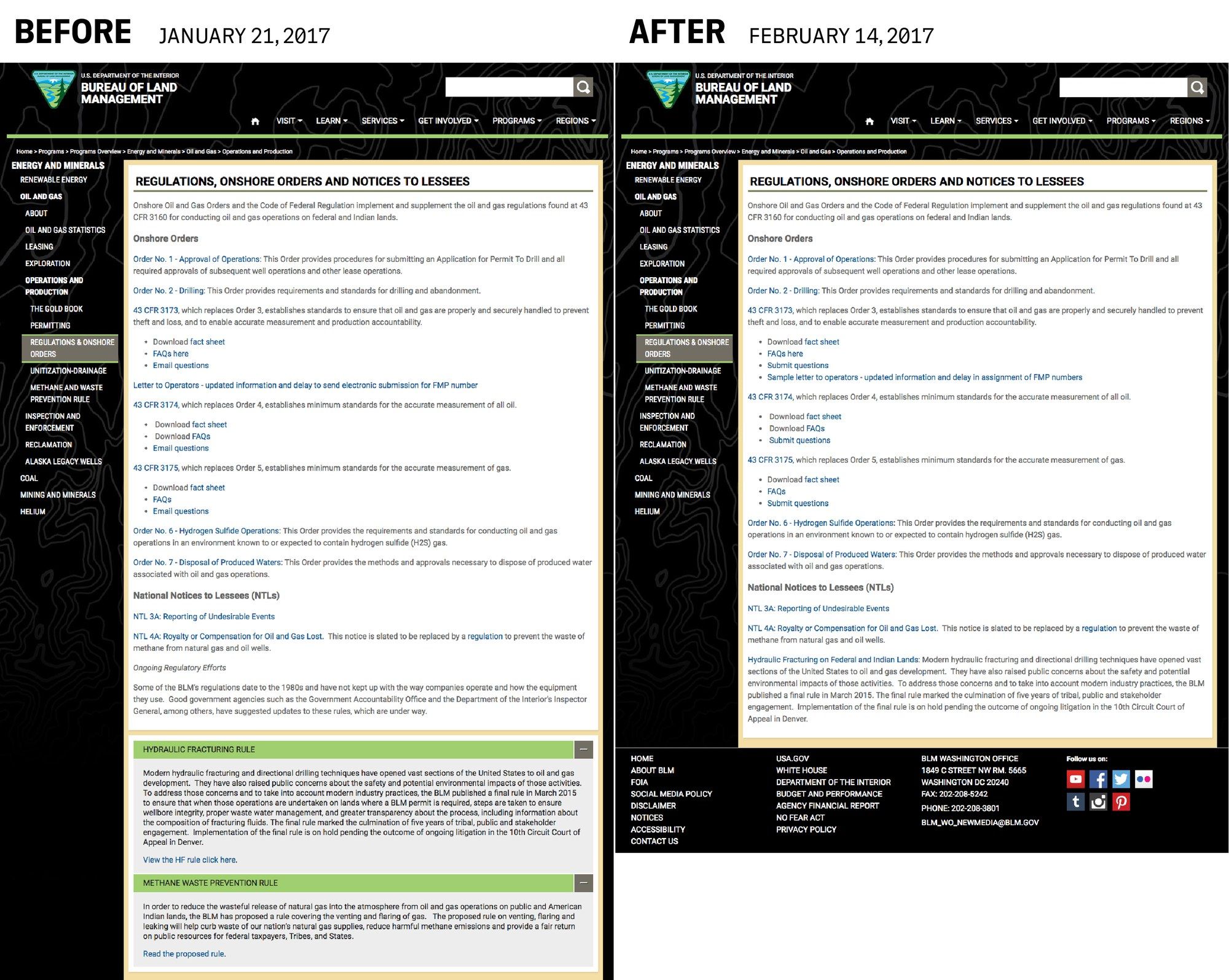 Reviled by the industry and by Republicans, the fracking rule was struck down in a federal court last June, when a judge ruled that the Interior Department lacks authority to regulate fracking. The Obama administration had been appealing the decision.

Also removed was text noting “ongoing regulatory efforts” to update old rules that have not kept up with the way oil and gas companies operate today.

A BLM website dedicated to the methane rule is unchanged. “The text was updated because the Venting and Flaring rule was no longer a proposed rule as indicated on the old webpage,” said BLM spokesperson Michael Richardson. “The BLM is proceeding to implement the rule now that it has changed from a proposed rule to a final rule until directed otherwise.”

Richardson declined to comment on the ongoing litigation over the hydraulic fracturing rule.

“It’s hard to tell how significant these changes are, but there’s certainly a striking congruence with the attacks on the methane rule under the current administration,” said Rebecca Lave, who’s leading EDGI’s monitoring effort.

The group has also been involved in an effort to extract environmental and climate databases from federal sites and preserve them for researchers, in case the Trump administration takes them down. On Tuesday, the Open White House federal data website ceased functioning. A message at the top of the page read: “Check back soon for new data.”

Max Ogden, a programmer for the non-profit Dat Data Project tweeted that he had downloaded the data on inauguration day and would redistribute soon. The U.S. Department of Agriculture also recently moved inspection reports offline that include information about animal abuse at various facilities, which will now only be accessible via notoriously slow Freedom of Information Act requests.

So far EDGI hasn’t noticed similar removals of entire environmental databases. In addition to changes the group anticipated, such as deletions of references to the previous administration, Lave said, “What we’re seeing instead is patterns of changes in wording, we’re seeing the removal of links to basic information, we’re seeing to some extent the beginnings of reorganizations in federal agencies.”

Reposted with permission from our media associate The Intercept.