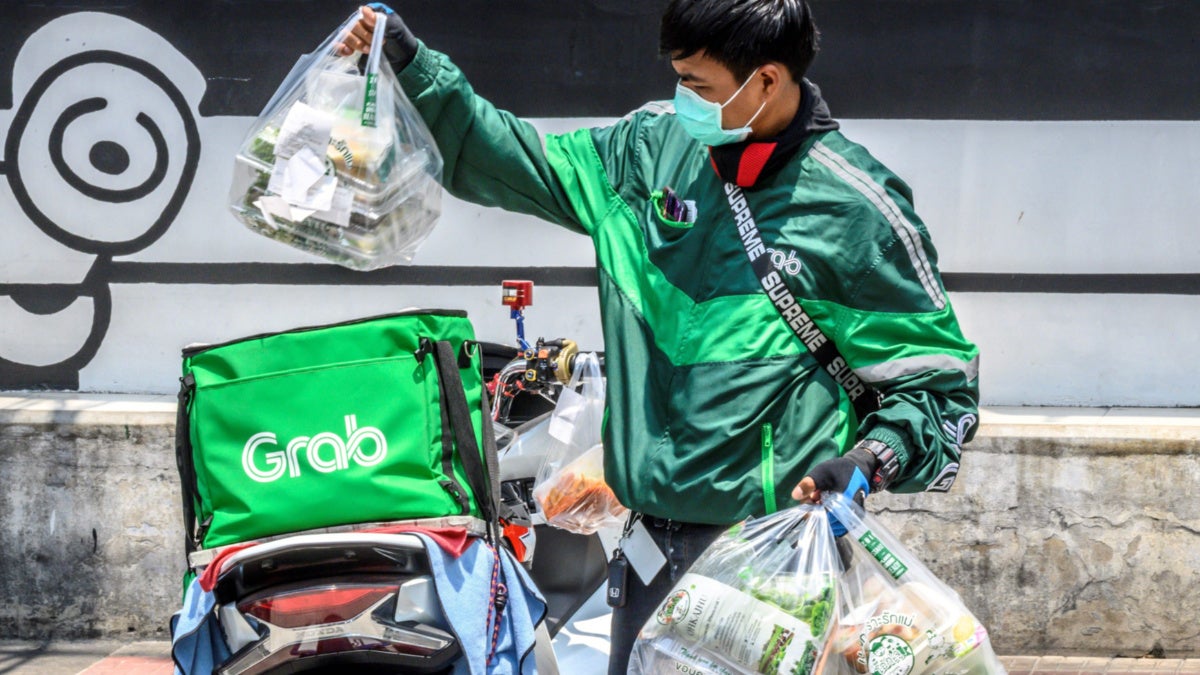 A food delivery courier packs an order in Bangkok on March 25, 2020, after the government limited restaurants to takeout during the COVID-19 pandemic. MLADEN ANTONOV / AFP / Getty Images

Southeast Asia is one of the biggest sources of plastic waste from land to the ocean, and Thailand is among the top five contributors. In January, Thailand placed a ban on single-use plastic, and was looking to reduce its plastic waste by 30% this year.

But the COVID-19 pandemic and the resulting lockdown has led to a huge rise in the country’s plastic waste. According to the Thailand Environment Institute (TEI), the average amount of plastic waste went from 2,120 tons per day in 2019 to approximately 3,440 tons per day between January and April 2020. The rise in the month of April alone was nearly 62%.

One of the biggest contributors to the plastic problem is food delivery. As people have been housebound, their tendency to order food delivery has risen, resulting in increased usage of plastic containers and wrapping material.

Grab, a Singaporean food delivery app, saw a surge of 400% in orders. Other such apps like Line Man and Foodpanda Thailand, too, have seen a rise of 300% and 50% in their orders, respectively.

Waste from a single delivery could contain several plastic items such as containers, seasoning packets, beverage holders, chopsticks, spoons, forks and so on.

The Thai government had released a “Plastic Waste Management Road Map,” to phase out the use of plastic by 2030. One of the initiatives of this plan was the single-use plastic ban that has been enforced since January.

According to data released by the Department of Environment and Quality Promotion, an average person in Thailand uses about 8 plastic bags per day, which adds up to 200 billion per year.

According to Greenpeace, imported plastic waste is also adding to Thailand’s plastic crisis. Their research has revealed that imports of plastic waste into the country jumped two years ago, mostly due to China’s decision to ban imports at the start of 2018.

“This has put added pressure on a waste system which is already failing to deal with domestic demand. Making matters worse, much of it is mislabeled as ‘recyclable’ even though the shipments constitute hundreds of thousands of tons of contaminated plastic and other mixed wastes from developed countries that cannot be processed,” said Pichmol Rugrod, team leader of Plastic Free Future, Greenpeace Thailand.

“Thailand is in the grip of a growing plastic waste crisis – both domestically, through overproduction and consumption, and via the importation of plastic waste from abroad,” Rugrod told DW. “Much of this plastic simply ends up in landfill sites or dumped in our streets because of a lack of waste management options, exacerbating urban flooding, or polluting rivers, seas and oceans – killing wildlife and affecting the food chain.”

Some say the pandemic has merely brought to the surface an already existing problem for the country. Experts believe that greater awareness and lifestyle changes among the masses could help address this issue.

The effects of plastic waste are long term. The pollution affects the oceans, aquatic life and also humans.

“Plastic pollution may also be contaminating the air that we breathe every day. Plastics do not biodegrade, therefore once they are introduced into an animal’s system, they will stay there for a long time. Therefore, consuming these plastics leads to malnutrition, digestive blockage and slow poisoning effects due to plastic’s heightened toxicity,” Simachaya told DW.

While the pandemic may have been a setback to Thailand’s struggle to eliminate plastic waste, Simachaya believes a change in awareness and habits will lead to a gradual decrease in plastic waste.

Thailand is slowly starting to ease lockdown rules. While it is too premature to say whether the plastic waste levels are expected to go down, some delivery outlets have started offering bio-degradable containers and cutlery. Some online shopping companies are also giving the option of receiving packages without the use of plastic.