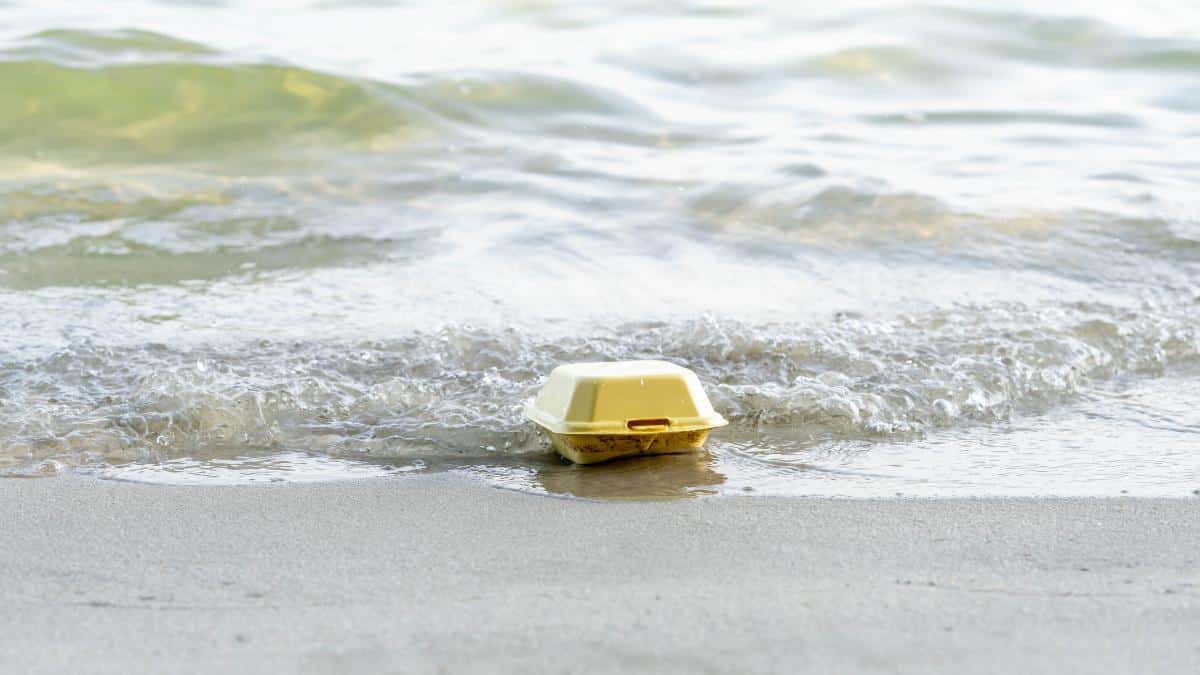 Takeout containers are among the most common plastics polluting the ocean. Bill Roque / iStock / Getty Images Plus

In recent years, it’s been a fad to skip the straw to save the turtles, but what you may not know is that straws are not the biggest offenders when it comes to ocean plastic, according to a new study.

Instead, researchers are turning their attention to takeout containers and convenience food as the worst offender in plastics polluting the ocean.

Widespread plastic contaminants such as food containers and wrappers, single-use bags, and plastic bottles are the most widespread pollutants of the seas, making up almost half of human-made waste, according to The Guardian.

“It was shocking to find out that bags, bottles, food containers and cutlery together with wrappers account for almost half of the human-made objects on a global scale,” said study leader Dr. Carmen Morales of the University of Cadiz, Spain to BBC. “We found them in rivers, on the deep seabed, on shorelines and floating off our coasts.”

Only 10 plastic products make up 75% of the oceans’ litter, the scientists found, due to the volume in which they are used and their slow degradation periods. The list also includes plastic lids and fishing gear, which are also huge plastic polluters. These findings are a result of collecting data from 36 global inventories.

Eight of the 10 cataloged items were made of plastic, and 44% of the waste was from takeout food and beverages.

Tackling the overconsumption of straws, cotton swabs, and drink stirrers has been popular, as they are easy to replace, but the researchers also recommended eliminating plastic from takeout food. Takeout containers are often discarded outside and soon after the food is purchased.

Morales hopes that the new study will encourage change.

“This information will make it easier for policymakers to actually take action to try to turn off the tap of marine litter flowing into the ocean, rather than just clean it up,” Morales told The Guardian.