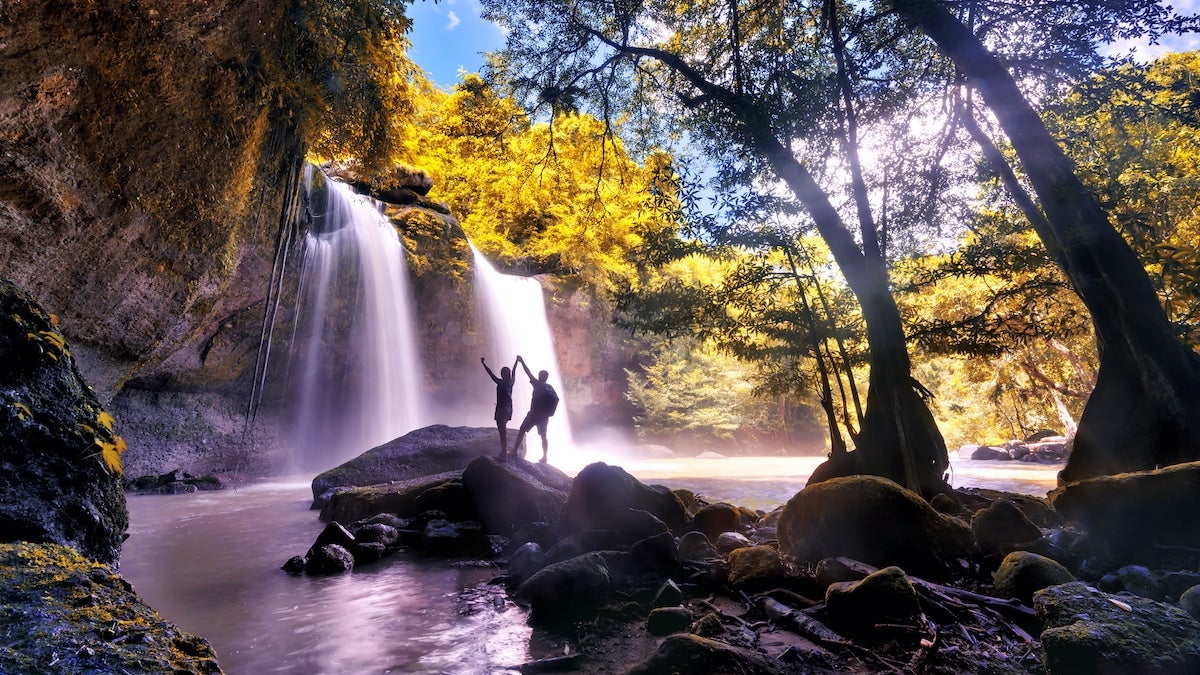 “I will pick up every single piece of your trash, pack them well in a box and mail it to your home as a souvenir,” he wrote in a Facebook post Sept. 14, according to a New York Times translation.

The post also included a picture of an abandoned tent filled with discarded plastic bottles and other rubbish.

The next day, Varawut revealed he had made good on his threat.

“The garbage that tourists left in the park is now packed into the box. It’s ready to be returned to the owner of the garbage already,” he wrote in a Sept. 15 post, according to a Travel and Leisure translation. He also posted pictures of the collected trash and a shipping box with the address marked out.

The trash was shipped back with a special message for its owners.

“You have forgotten some of your belongings at the Khao Yai National Park,” the note read, according to The New York Times. “Please let us return these to you.”

Park officials were able to match the trash to their owners by checking rental equipment forms against a prescription bottle left in the tent. The offending visitors have also been blacklisted from returning to the park for overnight visits.

Varawut explained that abandoned trash could endanger wild animals, who might eat it by mistake when foraging for food. He said littering in the park could carry a fine of up to up to a 500,000 Thai Baht (about ,000 U.S. dollars), a prison sentence of up to five years or both, Travel and Leisure reported. He said anyone caught littering would be reported to the police.

Khao Yai National Park is a UNESCO World Heritage site about 100 miles northeast of Bangkok. It is the oldest national park in Thailand, according to BBC News, and is famous for its wildlife and landscapes, including waterfalls.

The lockdown initiated due to the coronavirus pandemic was a boon for the animals there, as elephants began returning to their old paths in the absence of human visitors, The New York Times reported in July. Other animals like the Asian black bear and a type of bovine called a guar emerged from hiding too.

The park reopened to visitors July 1, but limited the number to 5,000 at a time, The Washington Post reported. The Thai tourism board praised Varawut for reminding the returning visitors how to properly respect the park.

“We applaud Khao Yai National Park and The Minister of Natural Resources and Environment for their commitment to maintaining the beauty and wellbeing of our country’s natural resources,” Charinya Kiatlapnachai, director of the tourism authority of Thailand, told The Washington Post in an email. “Thailand’s national parks and wildlife have had time to recover from damaging results of tourism such as littering over the past six months and this gesture has the best of intentions to ensure we all do our part to help our country remain clean, safe and beautiful.”