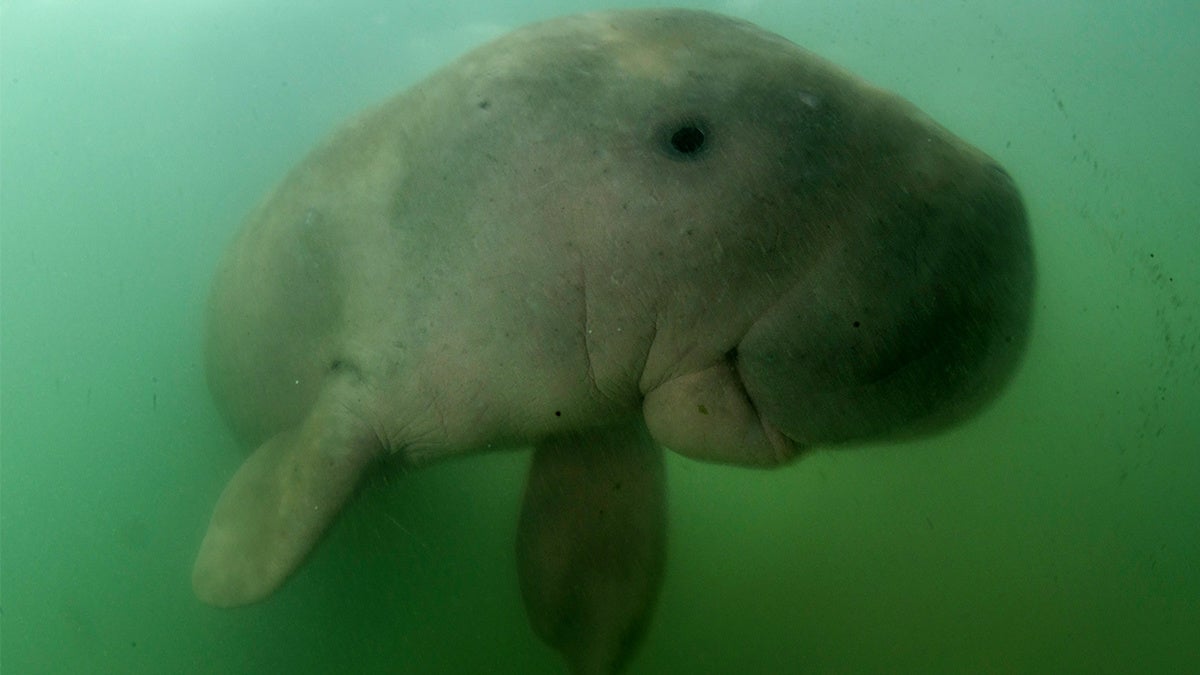 This picture taken on May 23 shows Marium swimming in the waters in southern Thailand. SIRACHAI ARUNRUGSTICHAI / AFP / Getty Images

Marium, an 8-month-old dugong who became an internet sensation in Thailand this spring, died after ingesting plastic, officials announced Saturday.

The marine mammal rose to fame when she was found lost and motherless near a beach in Southern Thailand, according to NPR and the Associated Press. Videos of marine biologists feeding her with milk and seagrass, caressing her and even singing to her spread online, turning her into a star.

“She taught us how to love and then went away as if saying please tell everyone to look after us and conserve her species,” veterinarian Nantarika Chansue wrote in a Facebook post reported by AFP.

She was found bruised last week after being chased by a male dugong and was brought in for treatment, Department of Marine and Coastal Resources Director-General Jatuporn Buruspat told the Associated Press.

“We assume she wandered off too far from her natural habitat and was chased and eventually attacked by another male dugong, or dugongs, as they feel attracted to her,” Jatuporn said.

But Marium suffered from more than external bruising. She died of shock shortly after midnight Saturday when attempts to resuscitate her with CPR failed, AFP reported.

The shock was caused by an infection made worse by several pieces of plastic in her intestine, her caregivers found. One piece was as long as eight inches. The plastic inflamed her intestines, leading to a buildup of gas in her digestive tract, infection in her blood and pus in her lungs, The Washington Post reported.

“Everyone is sad about her passing, but this is an issue that must be urgently resolved,” Thailand’s Department of Marine and Coastal Resources said in a Facebook post reported by The Washington Post. “If we want to conserve rare marine animals so they remain in existence with us, every sector, every person must help with marine trash.”

Officials said they would launch a “Marium Project” in her honor to fight plastic pollution and bolster dugong conservation efforts.

Dugongs, a relative of the manatee, live in warm, shallow waters from East Africa to Australia, according to NPR. They are considered vulnerable by the International Union for Conservation of Nature and are threatened by coastal development, shipping lanes, water pollution, fishing, human recreational activities and storms and floods caused by the climate crisis.

Dugongs are not the only marine mammals threatened by the buildup of plastics in the ocean. A whale that died in Thailand last year had 80 plastic bags in its stomach. In total, ocean plastics kill more than 100,000 marine mammals every year. An estimated 150 million metric tons of plastic circulate in the oceans, and eight million metric tons are added to this number annually, according to the Ocean Conservancy.