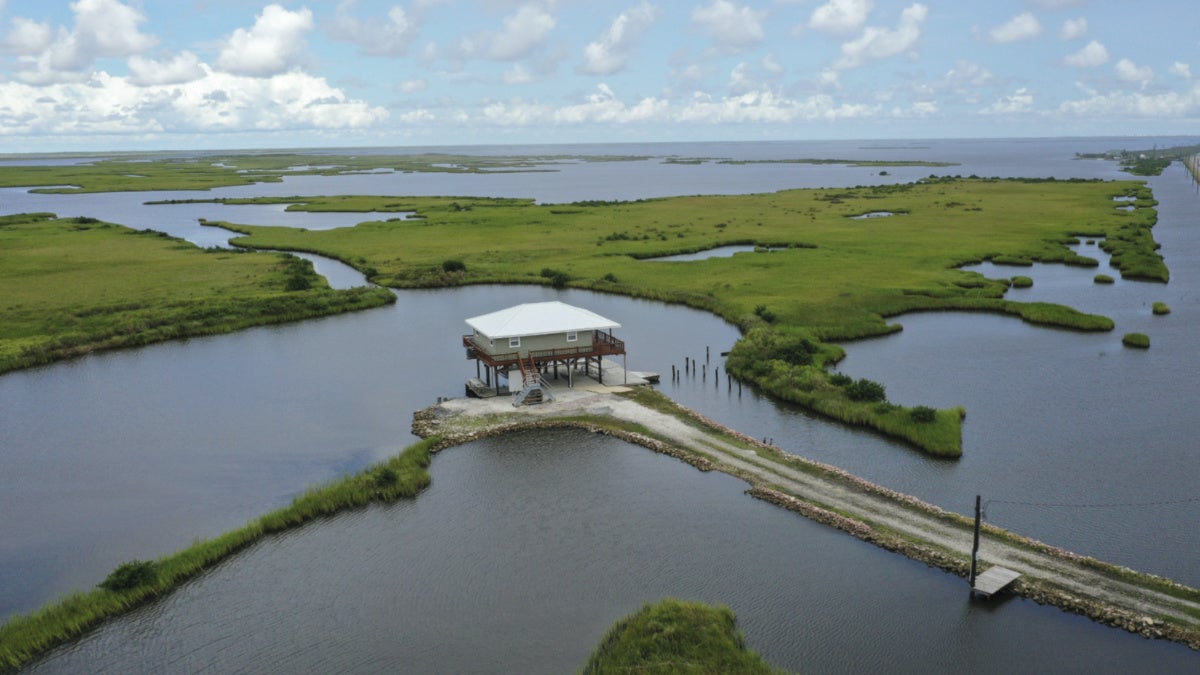 According to researchers at the National Oceanic and Atmospheric Administration, Louisiana experiences one of the highest rates of sea level rise on the planet, as evidenced by this home on stilts on August 24, 2019 in Grand Isle, Louisiana. Drew Angerer / Getty Images

Global sea levels will probably rise by even more than currently predicted, scientists warned on Friday.

Even if nations are able to achieve their Paris-Agreement commitment to limit warming to 2 degrees Celsius above pre-industrial levels, the oceans will still rise by about 0.5 meters (1.6 feet) by the end of the century and as much as 2 meters by 2300, a new study found.

The predictions are based on a survey of 106 of the world’s leading sea level researchers, carried out by scientists from Nanyang Technological University (NTU) and co-authored by researchers from the Potsdam Institute for Climate Impact Research (PIK) and published in the Nature Partner Journal Climate and Atmospheric Science.

Mitigation Is ‘In Our Hands’

“What we do now within a few decades will determine sea-level rise for many centuries, the new analysis shows more clearly than ever before,” PIK’s Stefan Rahmstorf said. “But this is also good news: when it comes to greenhouse gas emissions, we have it in our own hands how much we increase the risks for millions of people on the world’s coasts, from Hamburg to Shanghai and from Mumbai to New York.

The predictions are higher than those currently published by the Intergovernmental Panel on Climate Change (IPCC), which has already increased its predictions.

In September 2019, the UN climate science panel found that unmitigated climate change would lead to a sea level rise of between 0.61 meters and 1.1 meters by 2100. At the time it said the forecast could be conservative due to the speed at which Antarctic ice could melt.

“The complexity of the sea-level rise projections and the sheer volume of relevant scientific publications makes it difficult for policy makers to gain an overview of the state of research,” NTU’s Benjamin Horton said in a statement.

“For such an overview, it is therefore useful to ask leading experts what kind of sea-level rise they expect — this gives a broader picture of future scenarios and provides policymakers with the information they need to decide on the necessary measures.”