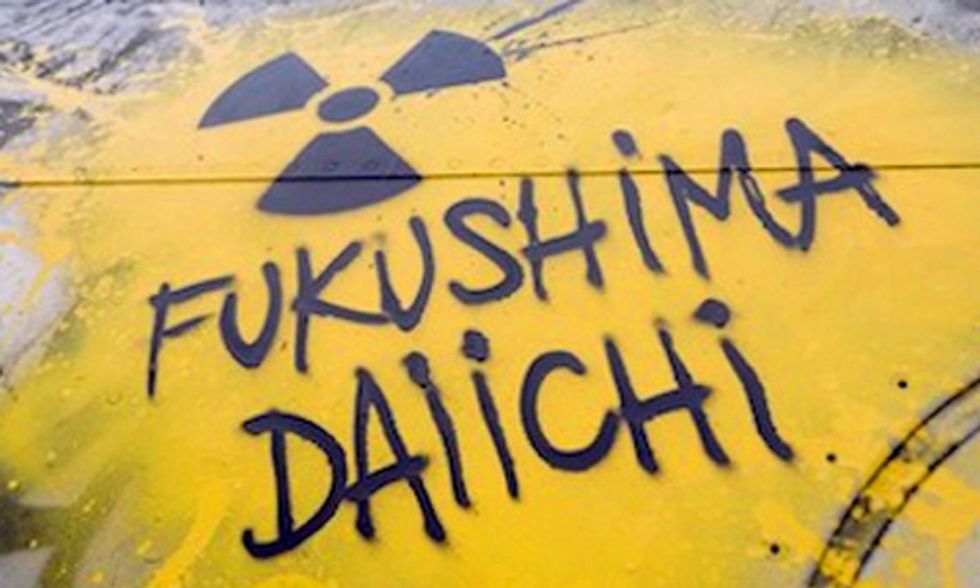 We are in desperate need of documentary filmmakers at Fukushima. The Japanese government is about to pass a national censorship law clearly meant to make it impossible to know what's going on there.

An earthquake and two typhoons have have just hit there, flushing still more radioactive water into the sea.

Petitions asking for a global takeover of the Fukushima site will be delivered to the UN, asking for a transnational team of world's best scientists and engineers to guarantee that all necessary resources are available to deal with this crisis.

The corrupt and incompetent Tokyo Electric Power Company will soon try moving 400 tons of supremely radioactive rods from a damaged Unit Four fuel pool, an operation that could easily end in global catastrophe. The rods contain 14,000 times as much radioactive cesium as was released at the bombing of Hiroshima. Nobody knows the exact location of the melted cores from Units One, Two and Three or whether they are still fissioning.

Reuters and others report criminal involvement, slashed wages, inhuman working conditions, serious shortages and lack of training in what has become an extremely dangerous labor crisis.

Intensely radioactive hotspots have turned up throughout Japan, including some that threaten human life in Tokyo and may cast a pall on the upcoming Olympics.

At least one report indicates a massive dead zone in the Pacific apparently caused by radiation pouring in from the site. Tuna contaminated with radiation from Fukushima have been caught off the California coast, and there are widespread reports other marine life disappearing throughout the Pacific.

With the information flow from Fukushima apparently about to go dark, the presence of independent media and researchers has become more critical than ever.

Petitions with more than 140,000 signatures asking for a global takeover of the Fukushima site will be delivered to the United Nations Nov. 7. They ask is for a transnational team of world's best scientists and engineers to guarantee that all necessary resources are available to deal with this crisis.

Robert Stone has made a high budget dis-infomercial sponsored by Microsoft billionaire Paul Allen, whose cohort Bill Gates has bet heavily on new nukes. Called Pandora's Promise, Stone's promoters have refused to send us a review copy. We're told it mocks industry opponents without actually interviewing them, while downplaying the killing power of atomic radiation. It's scheduled to air on CNN without a balancing point of view.

A trip to Fukushima might change Stone's mind. He's worked in the past with Michael Moore, one of our greatest investigative documentarians. Using Michael's aggressive techniques, we want him to bring back critical information that could make a difference.

At the very least we desperately need to know more about the 11,000 intensely radioactive fuel rods on site, the three missing reactor cores, the proposed bring-down of the Unit Four fuel rods, the potential for still more explosions, the labor crisis, the unending flow of potentially lethal radiation into the biosphere and much more.

The fate of the Earth may now hang at the mercy of a widely distrusted corporation and far-right government intent on blacking out that site.

Dr. James Hansen, an important climate scientist, has expressed his support for atomic energy, and would make a fitting co-worker on this trip.

Along the way, Mr. Stone, you might check out Japan's massive new offshore wind turbines whose promise is to replace all the reactors this disaster has forced shut.

But as a hired industry gun, above all you need to tell us what's happening at Fukushima...before the lights go out. Our future could very well depend on how honestly you undertake this critical task. Please report back as soon as possible.