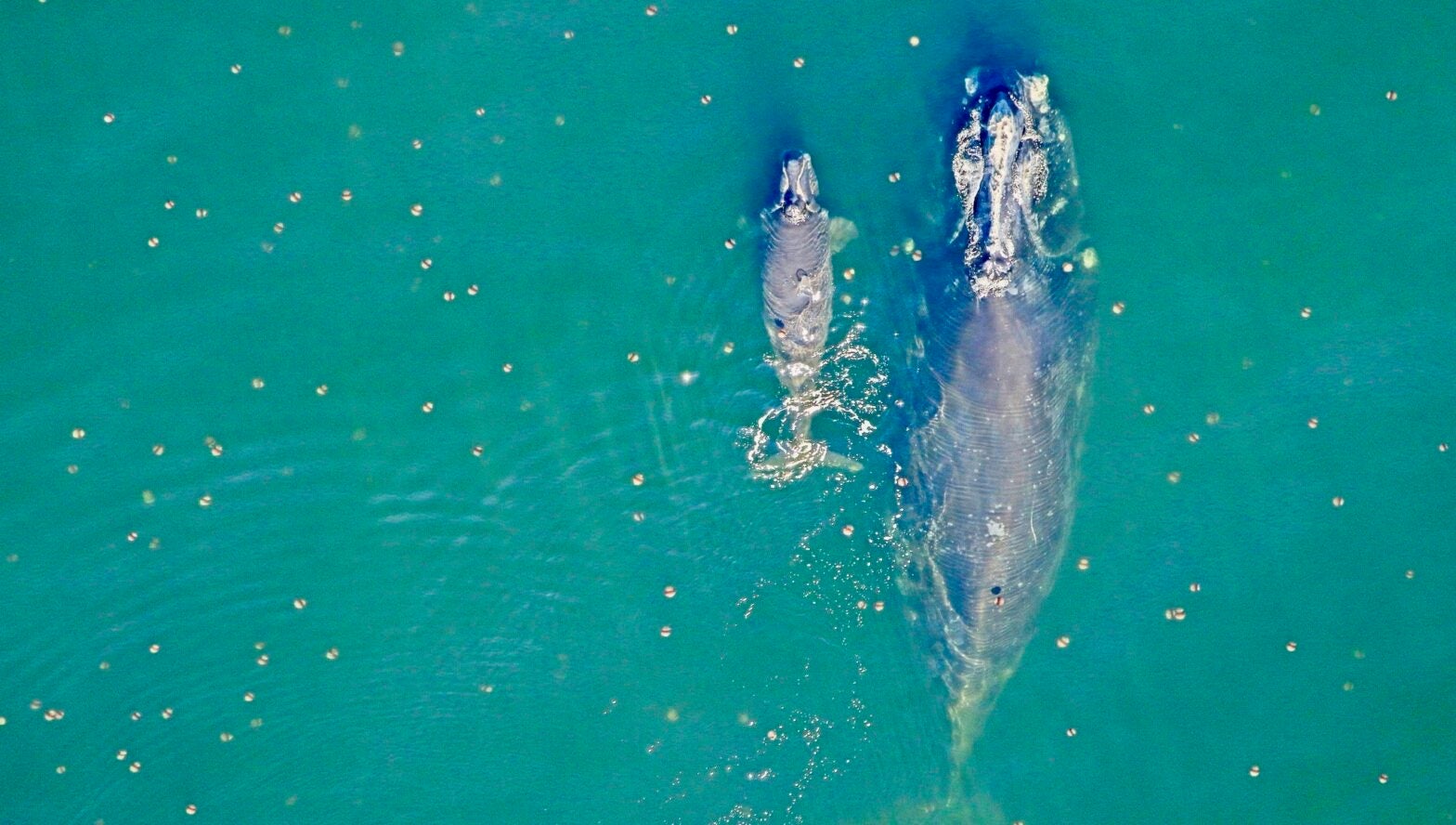 Whale watchers and researchers are rejoicing after a third North Atlantic right whale calf was documented this winter, especially after
the previous calving season resulted in no confirmed births.

A whale mother known as 1204 and the newborn were seen off Florida’s northeast coast last week. 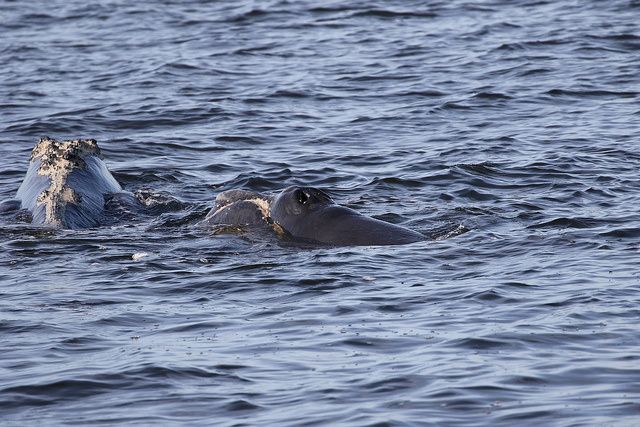 The first baby whale was spotted in December in the waters between Florida and Georgia, and the second one was seen earlier this month,
CBC reported.

The whales’ calving season usually starts in December and peaks in January and February.

“Every calf is exciting,” Philip Hamilton, research scientist at the Anderson Cabot Centre for Ocean Life at the New England Aquarium, told the news service. “This population has been struggling to recover for a long time and in recent years has been hit by increased injury and death. The births are our hope.”

North Atlantic right whales are one of the world’s most
endangered large whale species. Only 411 are believed to remain on the planet, according to the latest estimates.

An “unusual” number of right whales died in recent years, according to the
National Oceanic and Atmospheric Administration. In 2017, a total of 17 whales stranded in Canada and the U.S. Last year, three whales stranded in the U.S. Their greatest threats are entanglement in fishing gear and vessel strikes.

The three births are great news for the species since no calves were born last winter and
only five (pdf) were born in 2017. To compare, an average of 17 calves a year were born from 1990 to 2014.

Still, Hamilton cautioned about being overly optimistic. “It’s a pause in the bad news,” Hamilton told
The New York Times. “We don’t know how long the pause will be.”

The
Center for Biological Diversity worries that right whales are declining so quickly that they could be functionally extinct by 2040 if we don’t do more to save them. Climate change is making matters worse for the gentle giants, as warming waters have shifted their prey into higher risk habitats.

Then there’s another possible threat. In April, President Donald Trump signed an executive order aimed at expanding offshore oil drilling and exploration. Seismic airgun blasting, which is used to find oil and gas beneath the ocean floor, has been proposed within the same main range of North Atlantic right whales.