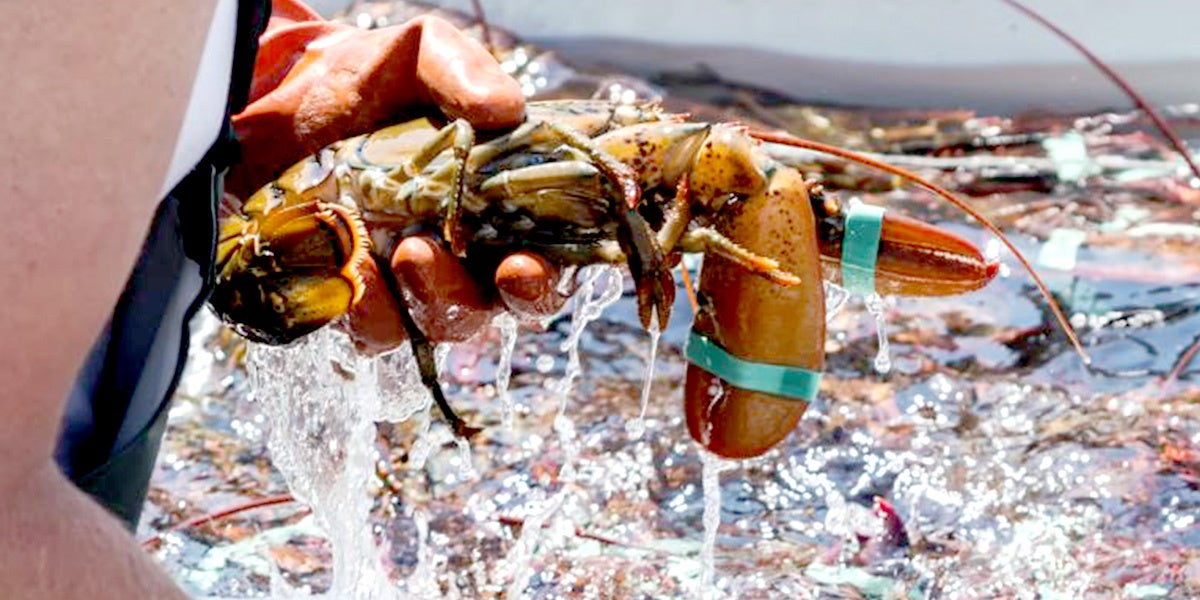 Last year was not a good one for the North Atlantic right whale. Seventeen of them were discovered to have died, about 4 percent of a total population of 455. Numbers have been low for decades—the species was declared endangered in 1973—but if the current trend continues, the North Atlantic right whale, one of the most endangered marine mammals in the world, could go extinct by 2040.

In response, the Center for Biological Diversity, Defenders of Wildlife and the American Humane Society are suing the U.S. Department of Commerce, the National Oceanic and Atmospheric Association (NOAA) Fisheries and the National Marine Fisheries Service (NMFS). According to the complaint filed on Jan. 18, entanglements from lobster trap lines and other commercial fishing gear unduly jeopardize the dwindling whale populations and breach the species’ right to protection under the Endangered Species Act and the Marine Mammal Protection Act.

The lobster industry has long been implicated in North Atlantic right whale mortality. Passing whales can easily become entangled in lobster fishing gear—and when they do, their deaths can be slow, painful and gruesome. The heavy fishing line, which is often still connected to the clunky lobster traps, can wrap around a whale’s head, mouth, flippers, or tail. Entangled whales either drown, unable to surface for air, or the remaining line impedes their feeding and reproduction while causing festering infections. Entanglements have been responsible for 85 percent of all North Atlantic right whale deaths since 2010. Now, climate change is making matters worse.

The Gulf of Maine is one of the fastest warming bodies of water on the planet. Lobster populations have migrated north to warmer waters, resulting in catches that are more lucrative in Maine than in other areas of the Atlantic. Maine’s lobster industry is booming—the state currently catches more than 80 percent of all lobsters caught in the U.S. This means that lobstermen are setting more traps just as more North Atlantic right whales are showing up, following the warmer waters north to feed. The shifting habitats and increase in fishing has led to a “perfect storm of mortalities of right whales,” said Richard Pace, a large-whale researcher at NOAA’s Northeast Fisheries Science Center. In 2016, Maine set a record when the state harvested more than 130 million pounds of crustaceans. With the global appetite for lobster steadily increasing, the question of how the lobster industry can help prevent whale deaths is ever more pressing.

“The right whale situation has really become a crisis,” said Kristen Monsell, a senior attorney at the Center for Biological Diversity. “Entanglement in commercial fishing gear is now the number one cause of the species’ critically endangered status, and the federal government needs to do everything in its power if we’re going to save these amazing animals from going extinct.”

North Atlantic right whales are not just majestic; they also play an important role in marine ecosystems. They help to support the production of plankton, which is the very base of the food web and gives us half the oxygen we breathe. Whales also help sustain fish stock and cycle nutrients throughout the marine food web.

“[The North Atlantic right whale] is a unique species. It is only found along the East Coast of the U.S. and Canada. It doesn’t live anywhere else in the world,” commented Regina Asmutis-Silvia, executive director of Whale and Dolphin Conservation. “If we not only have an obligation to protect them, we should selfishly want to protect them because we need them.”

Historically, Maine’s lobster industry has managed lobster populations sustainably. That, plus lobster populations scuttling northward, has likely contributed to its success compared to other American lobster fisheries. A report by the Gulf of Maine Research Institute details how Maine lobstermen achieved record hauls with a decades-old conservation strategy. They only use traps—no dragging or diving allowed—and the traps must have slats for juvenile lobsters and biodegradable hatches to release lobsters if the trap is lost. Large, egg-carrying females are returned to the sea marked with a “v notch” in their tail to signal to other lobstermen that the lobster is off limits.

But when it comes to whales, Maine’s lobster industry is subject to less regulation than other parts of the northeastern coast. About 71 percent of Maine’s waters are exempt from NOAA Fisheries’ Atlantic Large Whale Take Reduction Plan—which requires modifications like marking gear and sink rope to reduce the industry’s impact on whales—under the rationale that whales are not present in the exempted areas, such as bays, harbors and inlets.

The federal government has been grappling with how to regulate the industry to prevent whale deaths for almost a decade. In 2009, legislation required lobstermen to replace all floating rope on groundlines with sinking rope, which is less likely to entangle whales. In 2015, a new federal rule went into effect requiring lobstermen to use up to 15 traps with each buoy when fishing beyond designated exemption lines off Maine’s coast. The legislation was designed to reduce the number of vertical lines in the water column and, thus, reduce the chance that whales would get entangled.

The regulations immediately drew ire from lobstermen across the state. “The prohibition on float rope has increased the cost of business for Maine’s lobster industry, which is already subject to increasing costs of fuel and bait,” said Jeff Nichols, communications director at the Maine Department of Marine Resources. “Sink rope has been shown to wear out much faster than float rope, which results in the need to replace the rope more often and has led to more gear loss because sink rope has been shown to get caught on the rocky bottom and break.”

Worse still, the sinking rope and vertical line legislation didn’t prevent whale deaths. In 2016, researchers from the New England Aquarium, Woods Hole and other institutions released a paper concluding that there is no evidence that current fishing regulations have been effective at reducing mortality in whales. Becky Bartovics, executive committee member at the Sierra Club’s Maine Chapter, cited a lack of both proper science and consultation of local knowledge as the cause of the legislative blunder. “I’m sure the intention was to reduce the number of lines going to the bottom, but 15 traps weigh a lot.” That weight, if entangled with a whale, will certainly kill the animal—and it puts stress on the fishermen, too.

In light of these ineffective attempts to address whale mortality, local lobstermen and conservationists alike are wary of new legislation. “Many times the scientists have come up with a solution without working with the lobstermen,” Bartovics said. “That’s why the lobstermen are frustrated.” The lobster community in Maine has been open to other solutions. A 2014 study showed that red and orange ropes are more visible to right whales and could reduce entanglements; according to Bartovics, some lobstermen have started spraying red paint on their ropes to do just that.

“The long-term goal is to figure this out across fisheries and across species. The goal is not to shut down fisheries,” Asmutis-Silvia said. “There are no bad guys here. We need to work together to figure out a solution.”