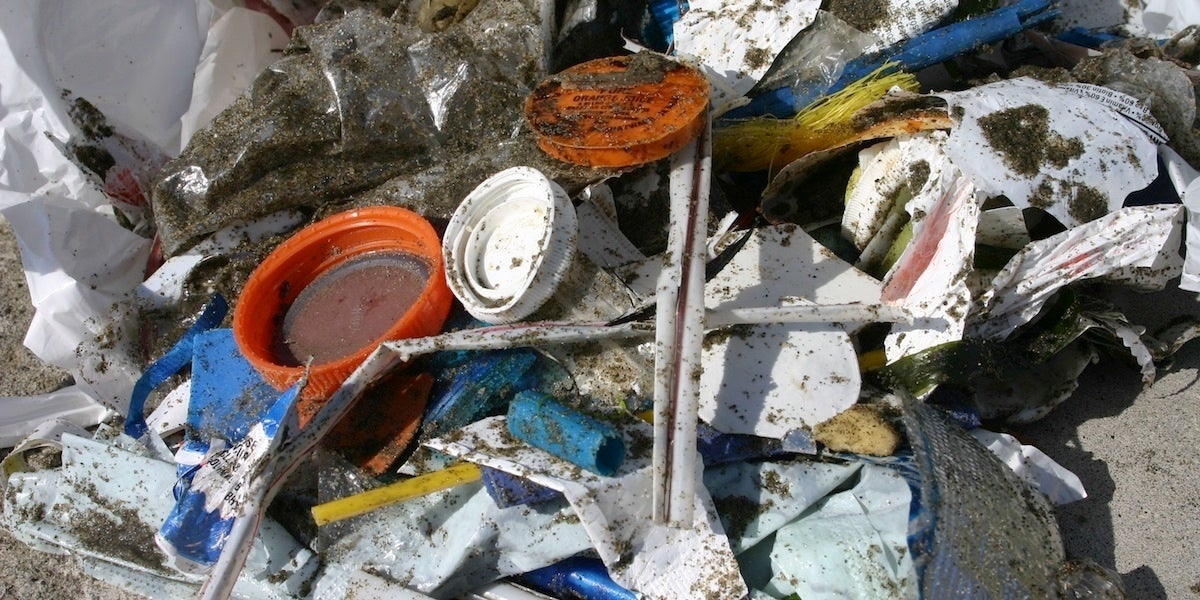 Momentum is building in the war against single-use
plastics. In the past week, a slew of major companies—including SeaWorld parks, American Express, cruise company Royal Caribbean, IKEA, A&W Canada and Burger King UK—have pledged to eliminate items such as plastic drinking straws, stirrers, lids and bags in efforts to protect our oceans and their inhabitants.

SeaWorld Entertainment
announced Thursday, right before World Oceans Day, that all 12 of its theme parks have removed all single-use plastic drinking straws and shopping bags.

Similarly, American Express, through a new partnership with
Parley for the Oceans, said Wednesday it will phase out plastic straws and coffee stirrers for all its major offices and Centurion airport lounges globally within 30 days. Among other measures, the company will also pursue zero waste certification for its New York City headquarters by 2025, and launch a credit card manufactured primarily from recovered plastic found in the oceans and on the coasts. The ocean plastic card currently exists as a prototype and is expected be made available to the public within the next 12 months.

“Every second breath we take is created by the oceans,” said Cyrill Gutsch, founder of Parley for the Oceans, in a statement. “Without them, we can’t exist. American Express is creating a symbol of change and inviting their network to shape a blue future, one based on creativity, collaboration and eco-innovation.”

As for the fast food world, even if McDonald’s shareholders seem to be
dragging their feet about plastic straws, other quick service joints have joined the anti-plastic bandwagon. Following in the footsteps of its UK-rival, Burger King UK marked World Oceans Day with their own announcement:

Today is #WorldOceansDay and it's time we all started helping out! pic.twitter.com/ccQvmKNIsG

That same day, A&W Canada became the first fast food chain in North America to commit to eliminating plastic straws from its restaurants by January 2019 and offer paper straws as an option. The company said the move will prevent 82 million plastic straws from ending up in landfills every year,
CBC reported.

The corporate tide against plastics coincides with commitments made
earlier this week, in which Canada, France, Germany, Italy, the UK and the EU endorsed the G7 Ocean Plastics Charter, which sets goals towards reducing the use of unnecessary plastics and improving recycling. Japan and the U.S., however, declined to sign the agreement.