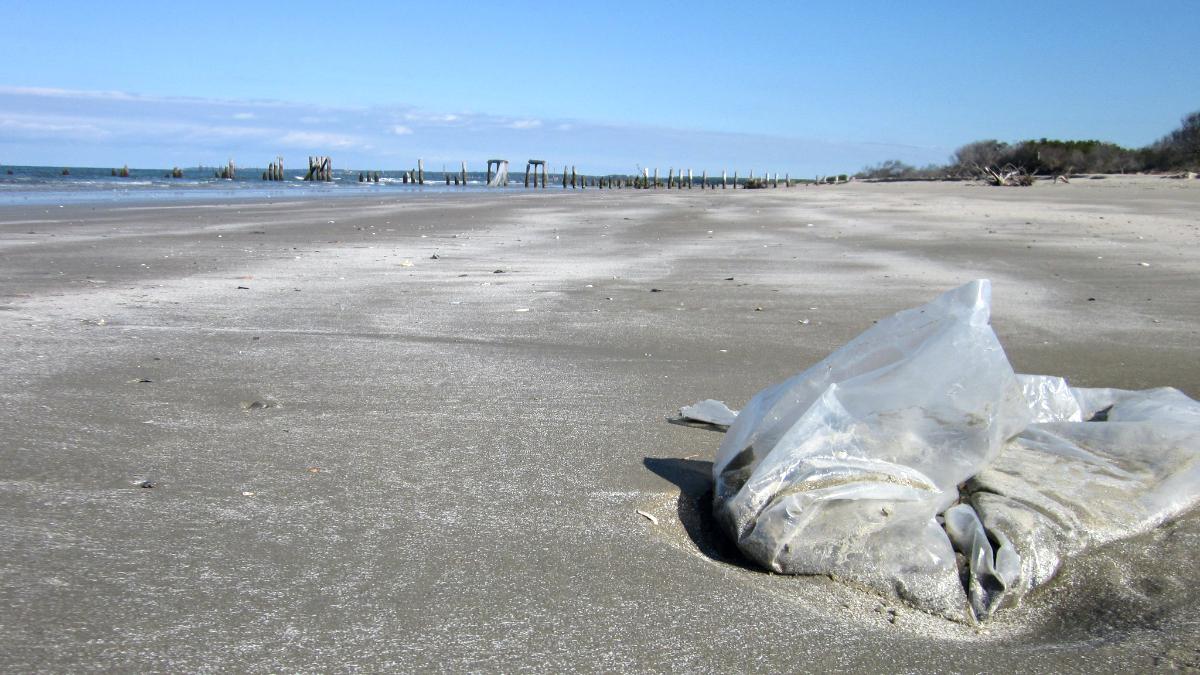 The state of Virginia is taking a stand against single-use plastics.

Gov. Ralph Northam signed an executive order Tuesday designed to phase out the use of non-reusable plastics at state institutions, including colleges and universities. The order comes the same week that Northam signed a law banning polystyrene food containers in the state, as the Richmond Times-Dispatch reported.

“From landmark investments in renewable energy to bold action to tackle the climate crisis, Virginia is at the forefront of innovative efforts to protect our environment, and addressing the problem of plastic pollution is an important part of this work,” Northam said in a press release announcing the order. “As a large producer of solid waste, the Commonwealth must lead by example and transition away from single-use disposable plastics to create a cleaner, more sustainable future for all Virginians.”

Many plastics are not actually recyclable, as comedian John Oliver detailed just this Sunday in a segment reported on by EcoWatch. In the U.S., less than nine percent of plastics are recycled, while 91 percent end up in landfills or incinerators, according to U.S. Environmental Protection Agency (EPA) statistics. This is a problem in Virginia specifically as well, where the amount of solid waste either burned or landfilled has increased from two million to almost 23 million tons a year since 2011.

To reverse this trend, Northam is requiring all state agencies, colleges and universities to stop the use of unnecessary single-use items within 120 days. These items include plastic bags, food containers, plastic straws and cutlery and water bottles. In addition, state agencies will need to submit plans for phasing out all other non-medical single-use plastics by 2025. There will be short-term exceptions for plastics necessary for medical or public safety uses and long-term exceptions for medical or emergency plastics.

The order was announced as part of the 31st annual Environment Virginia Symposium hosted by the Virginia Military Institute. One of the major concerns about plastics is that they can enter rivers and oceans when improperly disposed of, harming marine life and eventually working their way up the marine food web back to humans. The group Clean Virginia Waterways found that plastic made up 83 percent of the trash found on the state’s beaches.

“This bold leadership from Governor Northam’s administration to phase out single-use plastic items from the Commonwealth’s state agencies and universities will go a long way to setting an example on how to reduce a major source of waste and pollution in Virginia’s coastal waters as well as our streams, rivers and agricultural fields,” the group’s executive director Katie Register wrote in a statement.

In addition to merely phasing out plastics, the order targets solid waste in other ways. It tasks the state Secretary of Natural Resources with investigating ways to keep waste out of landfills period, through measures such as increasing composting and innovative forms of recycling.

“Nobody wants to live next to a landfill, and historically, they have been sited in places that disproportionately impact underserved populations and communities of color,” Director of the Department of Environmental Quality David Paylor said in the press release. “This is a significant environmental justice issue, and the less waste we produce, the fewer landfills we will need.”

“Virginia cannot protect the health of Virginians and ensure environmental justice without eliminating its reliance on plastics. Single-use plastics cause long-lasting damage to our environment and waterways and impacts the health of vulnerable communities and people of color the hardest,” Sierra Club Virginia Director Kate Addleson said in a statement reported by CBS19. “Executive order 77 is an encouraging first step to combat the issue of plastic pollution at its source. Virginia should continue to embrace policies that phase out SUPs in order to preserve our climate, safeguard our water, and protect the health of Virginians.”

To this end, this week also saw the signing of House Bill 533, which mandates the phase-out of all polystyrene food containers by 2025. Virginia follows Maine, Maryland and Vermont in passing such a measure; a New York state ban will also go into effect in 2022, according to the Richmond Times-Dispatch.

“Our leaders have chosen to put the planet over plastic,” said Elly Boehmer, state director of Environment Virginia, in a statement responding to the bill’s signing.