Study Finds New Reason to Ban Plastic: It Emits Methane in the Sun 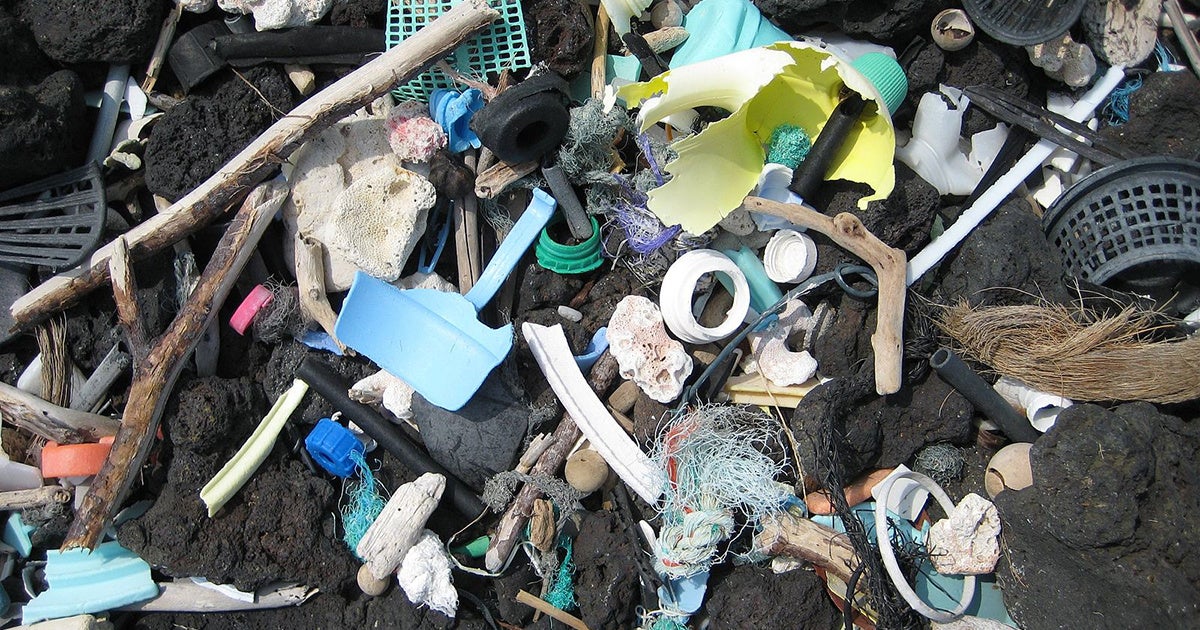 The proliferation of plastic pollution has led to concerns over its impact on marine life and human health as the toxins it absorbs and emits move up the food chain. Now, a new study reveals yet another potential plastic hazard: It releases greenhouse gasses.

The study, published in PLOS One Wednesday, found that some of the most common plastics in the environment release the greenhouse gasses methane and ethylene when exposed to sunlight.

While the amounts released by the plastics are small, researchers are concerned that the scale of plastic production and waste means they could still contribute to climate-changing greenhouse gas emissions over time.

“Considering the amounts of plastic washing ashore on our coastlines and the amount of plastic exposed to ambient conditions, our finding provides further evidence that we need to stop plastic production at the source, especially single use plastic,” lead author Dr. Sarah-Jeanne Royer said in a University of Hawaii press release.

Royer didn’t set out to study plastics, BBC News reported. Instead, she was measuring the methane produced by biological organisms in sea water when she discovered that more methane was coming from the plastic bottles holding the samples.

“It was a totally unexpected discovery,” she told BBC News.

Polyethylene, which is used in plastic bags and is the most used and discarded plastic in the world, emitted the largest amounts of the greenhouse gasses.

After being exposed to sunlight for 212 days, LDPE emitted 176 times the methane that it had at the start of the experiment, BBC News reported.

This is because, when the plastic is exposed to sunlight, it breaks down, cracking and exposing more plastic area to the sun, which leads to greater gas emission.

Once LDPE had been exposed to the sun, it continued to emit gases even in darkness, the study found.

LDPE waste pulled from the ocean also emitted greenhouse gasses when laid out in sunlight.

While it was known that plastic releases carbon dioxide when it degrades, this is the first research to measure the emission of other greenhouse gasses.

“Research on plastic waste is revealing it to be a disturbing pandora’s box,” University of Geneva chemist Dr. Montserrat Filella, who was not involved with the research, told BBC News. “As research expands our knowledge, we are realising that plastics can be insidious in many other ways. For instance, as vectors of ‘hidden pollutants,’ such as heavy metals present in them or, now, as a source of greenhouse gases. And, in all cases, throughout the entire lifetime of the plastic.”

Royer is now working on estimating the amount of plastic exposed to sun globally so that she can find ways to limit its contribution to the greenhouse gas emissions that cause climate change, according to the University of Hawaii.