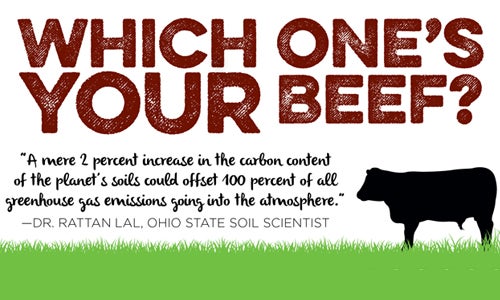 [Editor’s note: This article is part two of a two-part series. Read part one.]

We now know that 20-30 percent of manmade greenhouse gases in the atmosphere comes from industrial agriculture. Petrochemicals are for cars, not for the soil. By dumping ag chemicals onto our soils, we disrupt nature’s delicate balance of water, soil and air.

Carbon sequestration land practices include agriculture, forestry, wetland and range management systems that improve the rate at which CO2 is removed from the atmosphere and converted to plant material and/or organic matter in the soil. Today excess carbon is falling into our oceans and creating acidic conditions that threaten plant and animal species. If we remove carbon from the atmosphere and oceans by way of regenerative organic agriculture practices, we will sequester carbon into the soil and expand the soil’s water-holding capacity. Building organic matter into the soil’s humus layer is essential for growing the healthful foods humanity needs.

As National Geographic has reported, “… relatively new research is finding that the introduction of massive amounts of  CO2 into the seas is altering water chemistry and affecting the life cycles of many marine organisms.” This is disturbing the oceanic ecosystem in profound ways that include reducing the plankton that feeds whales and provides oxygen for humans.

The 2014 Rodale Institute report states, “Organically managed soils can convert carbon CO2 from a greenhouse gas into a food-producing asset.” Two major upsides to this approach are drought-proof soils and, thanks to more nutrient-rich foods, reduced healthcare costs.

Luckily, bloggers, activists and the booming pure food movement hold the promise of positive change. We need a coalition of educated and empowered people to make good dietary choices that also support living soils. Organic, nutrient-dense foods might cost more (buying in bulk helps), yet we can see how costly poor food choices are for our national health. And, as in the civil rights movement or any progressive movement for change, it’s time for us to stand up and make our voices heard. Keep blogging, tweeting, Pinteresting, Instagramming and posting on Facebook, as sharing is caring.

The San Francisco-based Biosafety Alliance will hold a major conference on carbon farming and climate change in Richmond, California, in September 2015, featuring such speakers as Vandana Shiva and Ronnie Cummins. The ministers of propaganda at Monsanto and other chemical companies are amping up their own social media campaigns, to tell us how they’re going to feed the world and increase food security through genetically engineered foods and chemical agriculture. Sales are down or flat for virtually every major American food company, so they’re spending hundreds of millions of dollars to fortify their misleading advertising and public relations campaigns.

Courtney White in his book Grass, Soil, Hope: A Journey through Carbon Country writes: “It is easy to forget that once upon a time all agriculture was organic, grass-fed and regenerative. Seed saving, composting, fertilizing with manure, polycultures, no-till and raising livestock entirely on grass—was the norm, not the exception as it is now.

“We all know what happened next: the plow, the tractor, fossil fuels, mono-crops, nitrogen fertilizer, pesticides, herbicides, fungicides, feedlots, animal byproducts, e. coli, CAFOs, GMOs, erosion, despair—practices and conditions that most Americans today think of as ‘normal,’ when they think about agriculture at all.”

As delicate ecosystems are disrupted, and plant and animal species face extinction at an ever-increasing rate, the word is getting out that the current practices of chemical companies and industrial agriculture are harming billions of people.

Recently, large investment funds have responded to disinvestment advocates by selling off their holdings in Exxon, BP, Chevron and other carbon polluters, yet they still invest in Monsanto—a group that transgresses far beyond any oil company in its injury to the environment and society.

It’s time for everyone who cares about the future of food to unite in changing the failing industrial agriculture system. We have the opportunity to vote three times a day by eating organic whole foods instead of packaged, processed and convenient “food-like substances.” Vegans, it’s vital that you choose organic foods vs. Roundup-sprayed, hexane-processed soy cutlets. The fake, non-organic foods funded by the Silicon Valley are not life-enhancing. For those who eat meat, eggs and dairy products, it’s important to support pasture-based ranchers and suppliers, as these systems sequester carbon into the soil humus-sphere through intensive grazing. Meat eaters consider consuming 50 percent less meat, and at all costs we must avoid conventional suppliers that rely on toxic, high-GHG chemical fertilizers to grow carbon-intensive GMO corn and soy. 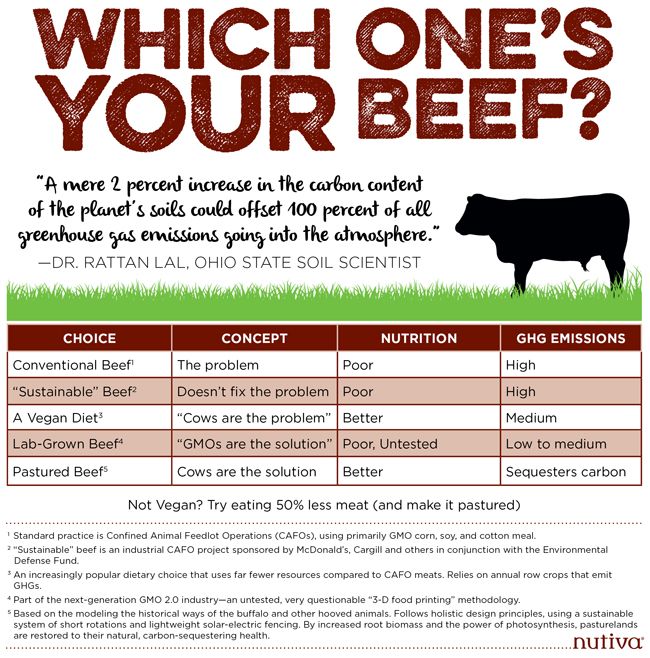 Industrial agriculture regards soil as merely a root-holding medium on which to apply petroleum products while manipulating genetics. Regenerative organic agriculture views soil as a holistic system, and understands the interconnected soil biology—teeming with the billions of bacteria and fungi that, along with earthworms and organic matter, indicate good health. Healthy soil yields healthy foods that, in turn, nourish a healthy society. Los Angeles-based Kiss the Ground Foundation is working on a powerful, new, five-minute Story of Soil video to educate the public on this vital issue.