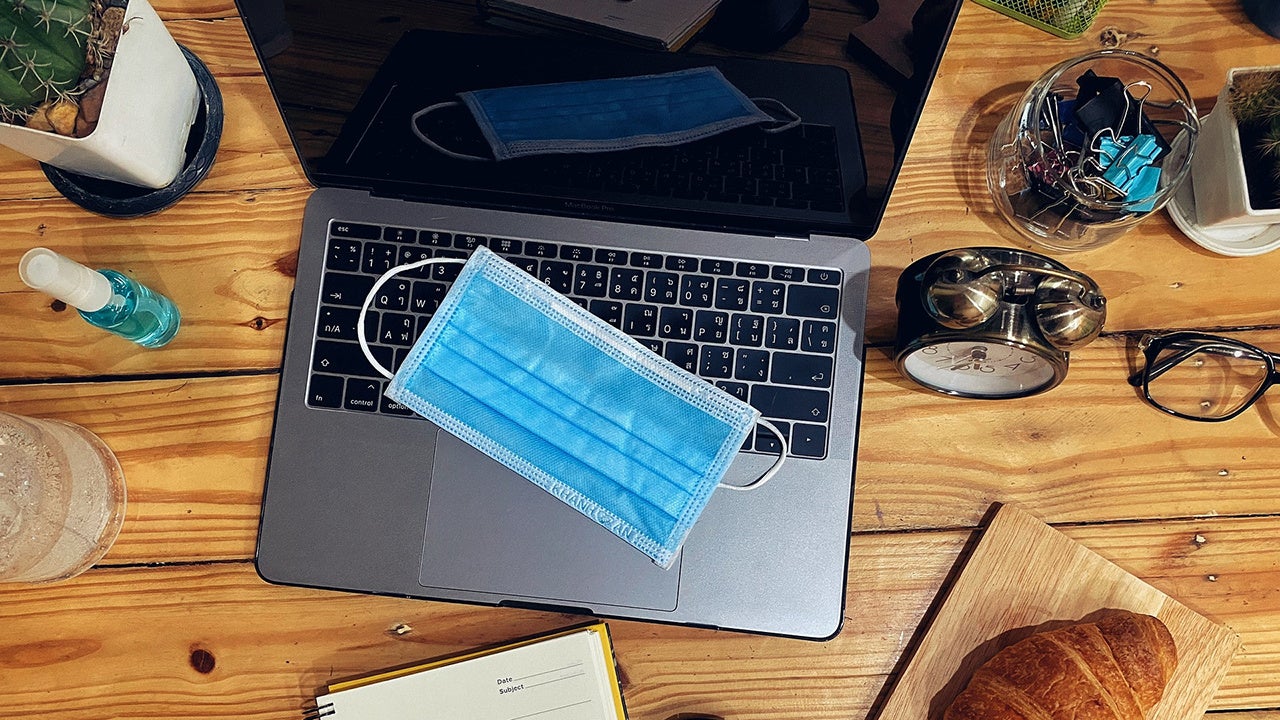 For many Americans across the country, staying home to stop the spread of the novel coronavirus (COVID-19) means adapting to long-term telework for the first time. We’re doing a lot more video conferencing and working out all the kinks that come along with it.

While this particular situation is not ideal for many — for example, I’m currently writing this with an infant in a baby carrier on my chest and our almost-three-year-old belting “Let It Go” in the background — in many ways we’re playing out a real-time experiment on whether telecommuting is possible on a large scale. 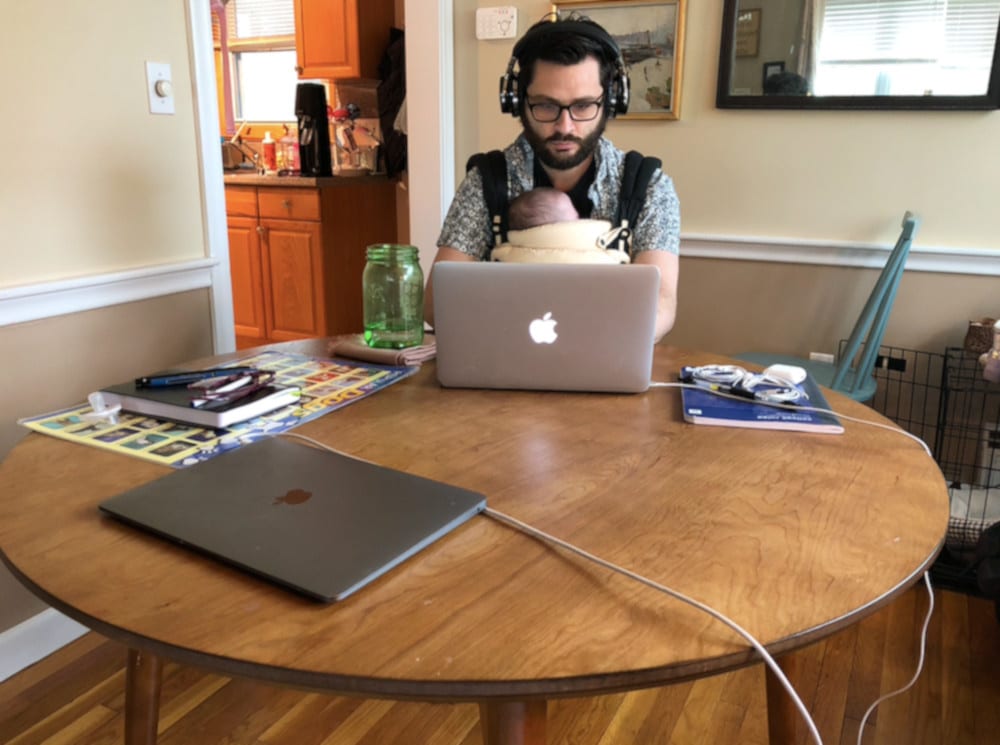 The author (above) wrote this while working from home, baby in tow. Emily Anderson (author’s wife/home office mate)

The coronavirus will pass, but it’s looking more and more like remote work will stick around. This time has demonstrated that, despite the ups and downs many of us have experienced, telework works for way more of us than we knew.

Even before this we knew that there were several benefits for both employers and employees to sidestepping the office. Studies have shown that it can lead to increased productivity, higher morale and lower employee turnover. It can also reduce real estate and office operation costs for employers.

We may now also be seeing some larger societal benefits that make the case for taking telework even further. Our current situation has provided a window into how a reduction in driving, buoyed, in part, by a greater adoption of telework, could relieve some of the stress on our overburdened transportation system and help heal at least a portion of the environmental damage it causes.

Today, roads that would normally clogged at all hours of the day are virtually empty, even during rush hour. And the reduced car travel leads to fewer crashes and less air pollution, which harms human health and contributes to global warming. Air that’s usually cloudy with smog has cleared. Los Angeles, which has notoriously pollution-choked skies, could recently boast having the cleanest air in the world. And this year, experts predict, the transportation transformation will contribute to the largest-ever annual decline in global carbon emissions. 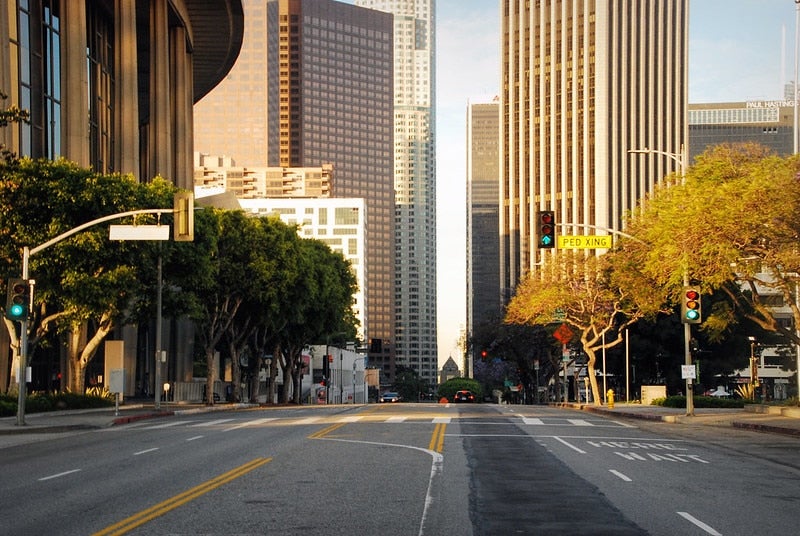 Clearly not every job can be done from home, and it’s not just commuting for work that has come to a halt during coronavirus lockdowns. In 2017 only around 28 percent of total miles driven were work-related. Even if telework continues or expands on a much larger scale, non-work-related car trips — shopping, recreation, visits to doctors and the like — can be expected to go back to normal.

Still, telework’s potential for taking cars off the road can clearly have an impact on global warming emissions and air pollution. Just how much of an impact could telework have? As it turns out, the answer is a significant one — and with a few important steps, the benefits can be even greater and more sustainable.

How Much of the Workforce Could Reasonably and Permanently Transition to Telework?

According to the U.S. Census Bureau, 5.2 percent of U.S. workers — around 8 million people — worked from home in 2017. But that’s still just a fraction of potential teleworkers. Earlier this month researchers at the University of Chicago found that 37 percent of U.S. jobs can plausibly be performed at home. The U.S. workforce reached 164.5 million in February 2020, before the pandemic, meaning approximately 61 million of those workers could plausibly telework permanently once the economy starts up again.

Of course, the full economic consequences of this public health crisis are still unknown. It’s possible that coronavirus-related job losses will impact the overall number of those employed for some time. But for these purposes, this assumption of 53 million new remote workers will be useful to illustrate the potential impacts of telework.

How Much Driving Would Full-Capacity Telework Avoid?

In 2019 Americans drove a total 3.23 trillion miles, according to the U.S. Department of Energy. The DoE doesn’t break that down by reasons driving, but we know that in 2017 there were 683 billion total commute miles driven. Reducing the commuting workforce by about 32 percent (37 percent of total workers who could telecommute minus the 5.2 percent of them who already do) would theoretically decrease commuting totals by about 219 billion miles. Of course telecommuting won’t let us avoid logging all of those miles, since people may occasionally still need to travel to an office for meetings and may need to make new trips they wouldn’t otherwise have taken (you can’t stop at the grocery store on the way home from work when you work at home). Various studies have found that telecommuting actually reduces driving somewhere between 60 and 90 percent of commute vehicle miles traveled (VMT). We’ll split the difference and calculate that telework reduces commute miles by about 75%, meaning the new teleworkers could avoid around 164 billion miles driven.

Still, that much of a transformation may not work for everyone, as people will still need to do face-to-face work — and, let’s be honest, the other thing the lockdowns have taught us is to appreciate the value of regular social contact. That said, even if most people worked from home two to three days a week and the actual VMT reduction were closer to 2 or 3 percent, the difference would still be significant — especially considering that VMT has been steadily rising since the 1970s, except for a few years during economic downturns. Even if just a quarter of American workers started working from home one day a week, total vehicle miles traveled would fall by 1 percent — not a huge amount, but enough to make a difference on a grander scale.

The cars and trucks we drive every day are major sources of air pollution and global warming emissions. Transportation as a whole accounts for 28 percent of all greenhouse gas emissions in the U.S., more than any other source. Light-duty vehicles and medium- and heavy-duty trucks are responsible for 82 percent of the transportation sector’s emissions. 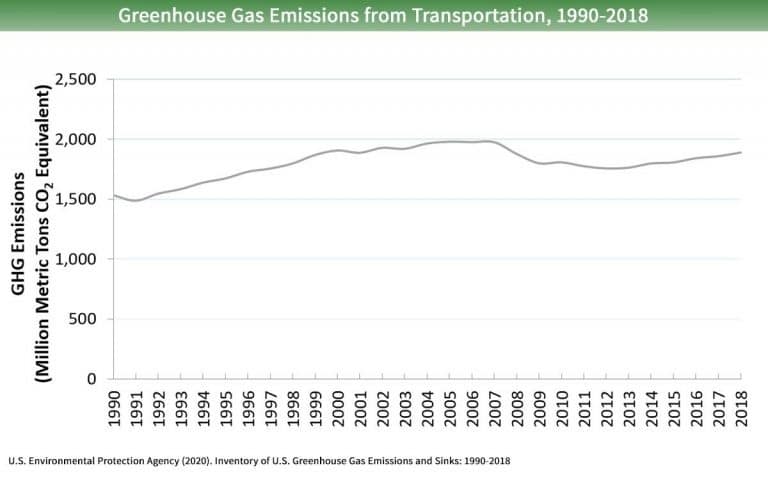 Nevertheless, it would help us move in the right direction. And while it only represents a small percentage of total emissions, it would still be the equivalent of more eliminating emissions from than 7 million homes’ total energy use for one year, or the same as shutting down more than 16 coal-fired power plants.

People across America regularly breathe polluted air, which increases their risk of attacks and other adverse health impacts, and even premature death. In fact, in 2018 108 million Americans lived in areas that experienced more than 100 days of degraded air quality. Our cars and trucks are a major source of this pollution, which includes ozone, particulate matter and other smog-forming emissions.

There’s a reason the air has cleared over many of our major cities during the coronavirus lockdowns. When you remove cars from the road, you also remove smog. The lockdowns have resulted in an extreme reduction of VMT — between 68 and 72 percent across the country (and in some places closer to 90 percent). Assuming that telework has contributed something close to its peak potential reduction of 7 percent, it seems likely that it has played at least a supporting role in helping to clear our skies.

Traffic patterns are complicated because traffic is non-linear, meaning there isn’t a one-to-one ratio of percentage of cars removed to percentage of traffic alleviated. As such, just a few extra cars on or off the road can have an outsize impact on traffic. Reducing commute VMT by up to 7 percent would have a huge impact on rush hour traffic (when bottlenecks are at their worst and most of that driving occurs). A greater adoption of telework could give people back some of those 54 hours so they can spend it doing the things that matter to them. And slow moving or stop and go traffic results in greater emissions than free-flowing traffic. So freeing up the roads and alleviating traffic for the remaining will result in even greater emissions reductions.

What Needs to Happen for Telework to Live Up to Its Potential?

It’s clear that telework can have significant societal benefits, including less global warming pollution and cleaner skies. But significant benefits are only possible if everyone whose job could plausibly be done from home has that opportunity.

To reach that goal, several barriers must be overcome:

Technology: We’ve all had technical mix-ups when using Zoom or Google Hangouts or one of the other conferencing platforms. But the real technological barrier is access to broadband. Roughly three-quarters of American adults have broadband internet service at home, but the rate of access is much lower in rural parts of the country, according to a report by Pew Research Center. Those locations often don’t have broadband infrastructure and even 14 percent of households in urban areas lack access, usually because they are not able to afford it. States should make funding available to develop broadband capacity in underserved areas.

Employer policies and managerial reluctance: Coronavirus lockdowns across the country have forced employers and managers to adapt to large-scale telework quickly on an emergency basis, meaning these barriers are less likely relevant now than before. But general employer and manager reluctance to embrace working from home has slowed this transition. Cities and states can encourage employer acceptance of telework by providing tax benefits or other incentives for greater adoption.

We need to rethink this approach and shift toward better “Transportation Demand Management.” This requires the implementation of a set of strategies aimed at maximizing traveler choices. Those strategies should include greater employer and employee incentives for telework, as well as policies designed to facilitate more walking, biking, ridesharing, vanpooling and public transportation use. 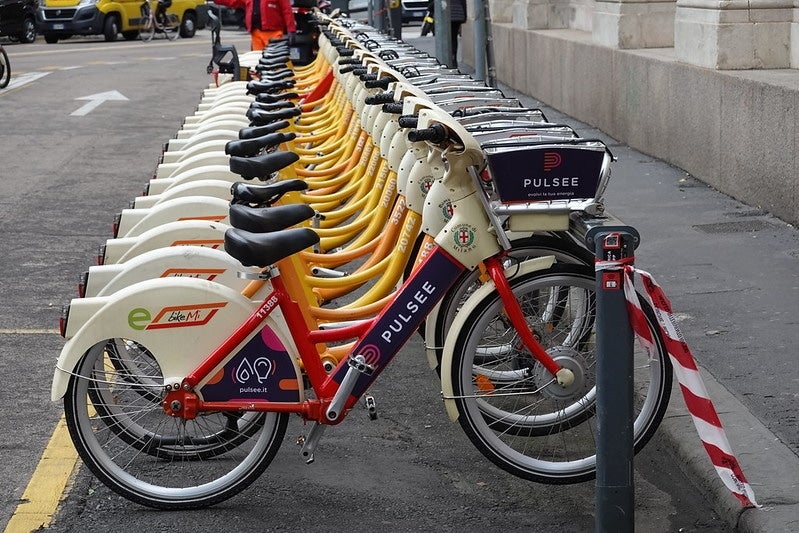 That’s important, because the potential gains we’d see from telework would only be sustained if that shift were paired with other policies to ensure those commuter miles aren’t just replaced with other trips. We usually talk about this in relation to widening or building new highways, but when you open up highway capacity, it usually fills quickly. This is what the wonks call “induced demand.” People who otherwise would have driven at a different time of day, taken a different route, taken public transportation or would have avoided traffic on the highway some other way, come back to the road. The same could happen here if additional measures aren’t taken.

It’s likely that, even after the coronavirus lockdowns are over, telework is going to become more and more common in the American workforce. As it does, the environmental benefits will be significant. In a time when climate change presents an existential threat to life as we know it and millions of people across the world are subjected to unhealthy levels of air pollution, we need to be taking an all-hands-on-deck approach to solving these problems. Telework can clearly be a significant part of the long-term solution — especially if we take further steps to maximize its potential.