4 Dying Nuke Plants vs. Fleet of Gigafactories: Which Will Gov. Cuomo Choose? 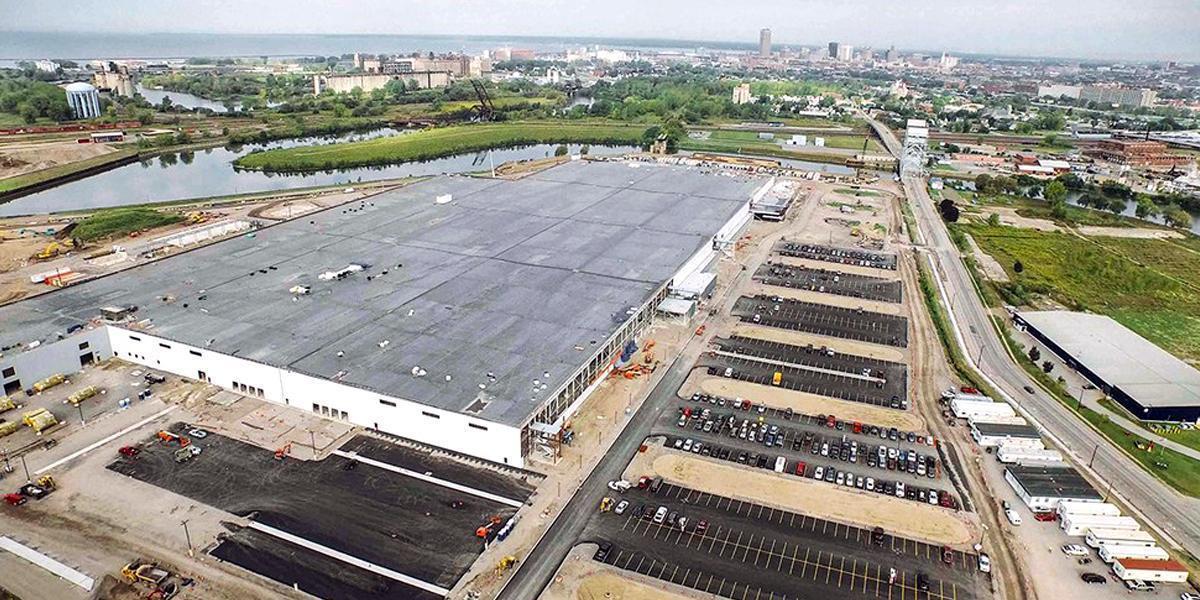 By Harvey Wasserman and Tim Judson

Elon Musk’s SolarCity is completing the construction of its “Buffalo Billion” Gigafactory for photovoltaic (PV) cells near the Niagara River in Buffalo, New York. It will soon put 500 New Yorkers to work inside the 1.2 million-square-foot facility with another 700 nearby, ramping up to nearly 3,000 over the next few years.

The production of some 10,000 solar panels per day will put thousands of New Yorkers to work doing the installations. The panels will produce electricity cheaper, cleaner, more safely and more reliably than any fossil or nuclear source of power, including fracked gas, thus fueling a bright industrial future for the state.

With a little common sense from the governor, upstate New York could have many more of these massive factories, create many thousands of good, stable, high-paying jobs and solve its energy problems along the way.

All he has to do is shift over the absurd, wrong-headed $7.6 billion hand-out he now wants to give the Illinois-based Exelon Corporation for continuing to run four extremely old and dangerous nuclear reactors.

Those four reactors employ a total of about 2,100 people. They came online in 1969, 1970, 1975 and 1988 respectively. Aside from being dangerously decrepit, they run the risk of early shutdown because of general mechanical deterioration, rising maintenance costs, a shortage of replacement parts and the likelihood of major component failures.

At some point all operating reactors will also face escalated safety standards certain to result from the next Fukushima-like disaster, an ever-more likely reality as the global nuke fleet ages and deteriorates. Because the nuclear industry is failing throughout the U.S. and Europe, there is an ever-narrowing pool of workers qualified to keep the plants going. Because the electricity they produce is so expensive, they will drain a huge pool of resources from a state-wide economy in desperate need of industrial rebirth.

By contrast, SolarCity’s solar panel plant will be productive for decades. It’s called the Gigafactory because it will produce a gigawatt’s (1 million kilowatts) worth of solar panels every year, about the same as a nuclear reactor. (Depending on climate and sunlight, PV capacity produces electricity equivalent from about a half to a third of the capacity from an atomic reactor, assuming the reactor doesn’t blow up, melt down or shut for other reasons).

The cells produced at “Buffalo Billion” will spread throughout New York and the nation, revolutionizing our energy system. The energy those cells will produce will create far more jobs than subsidized nukes and would emit no greenhouse gases. The nukes they’d replace currently emit billions of gallons of hot wastewater annually, a major contributor to climate chaos.

Should the money Gov. Cuomo has earmarked for those old Exelon nukes be shifted to solar, New York’s economy would be revolutionized.

The template for such a plan has already been established by Pacific Gas & Electric at California’s last two reactors. Surrounded by earthquake faults at an oceanfront site nine miles west of San Luis Obispo, the Diablo Canyon nukes are being phased out in an agreement between the state, the utility, environmental, labor and local government groups.

Pacific Gas & Electric has admitted that the power Diablo produces can be replaced with 100 percent renewables. The company has also agreed to retain the plant’s 1,200 workers through the phase-out and retrain them for jobs in the renewables industry at when the plant shuts down. Surrounding communities will also be compensated for lost tax revenues.

Gov. Cuomo should take heed. The $7.6 billion he’s earmarked for these four upstate nukes comes with a price tag of $3.64 million per retained job. But in the solar/efficiency field, the state is producing jobs manufacturing clean energy technology with far better long-term prospects for just $148,000 per job.

Rather than having all the jobs in the nuclear basket, that $7.6 billion could also help fund a diversity of facilities that have an actual future in a global economy experiencing a revolutionary green transformation.

SolarCity’s Gigafactory in Buffalo will cost the state about $750 million to build. SolarCity is investing another $900 million for manufacturing equipment and build-out.

At full capacity, the PV Gigafactory and its local suppliers will employ 2,900 workers, almost 40 percent more than all four old nukes combined. It will support about 2,000 more jobs statewide. Thus the SolarCity facility will account for about 5,000 jobs—close to three times as many as at the four old reactors. Its cheaper, more reliable energy will fuel a far healthier economy, free of the worry of catastrophic melt-downs and explosions.

Right now some 8,000 New Yorkers work in the solar installation business. They are too often installing imported panels because China has made a huge investment in its PV export business. Panels made in Buffalo will keep that money in New York.

Meanwhile a plant making solar panel wafers in Rochester, built for about $700 million, employs about a 1,000 workers. The Soraa LED lightbulb plant in Syracuse has created 420 permanent local jobs.

Tesla is now pouring thousands of high-efficiency batteries out of its $3.5 billion state-of-the-art facility in Nevada. By mid-2017, it will employ 1,700 workers and about 6,500 when the plant is running at full capacity in 2020. Such a factory could easily be built in New York, again at a fraction the cost of Cuomo’s nuke bailouts.

Worldwide, nuke power is in an advanced state of collapse. Westinghouse, the proud purveyor of the first electricity to come from Niagara Falls, has been bankrupted by its failed nuke construction projects and may take Toshiba down with it.

Those uninsurable old upstate nukes, three of them nearly a half-century old, could do the same to New York. The choice being made here is between a failed technology in the process of collapse or a 21st Century industry in the process of remaking the world.

If Gov. Cuomo wants to take New York forward, instead of locking it into a failed radioactive past, he’ll follow California’s lead. A small fraction of that $7.6 billion could retain and retrain the workers at those four upstate nukes and compensate the local communities and help them rebuild their economies and tax bases. As the results from a 2015 report by the Nuclear Information and Resource Service and Alliance for Green Economy show, supporting reactor communities and workers should cost far less than any bailouts.

The rest of those billions can then create tens of thousands of solid, state-of-the-art jobs producing cheap, clean, safe green energy components in factories and installation sites sure to guarantee New York state a modern, competitive industrial future.

It’s an easy choice, Gov. Cuomo. Fund four dying nukes with 1,100 jobs or a prosperous Solartopian future for New York state with tens of thousands of permanent positions in a a booming sustainable economy.