Fukushima Should Have Served as Wake-Up Call for U.S. Nuclear Regulatory Commission 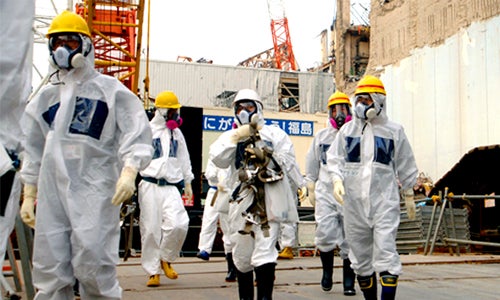 On March 11, 2011, a 9.0-magnitude earthquake and 50-foot tsunami triggered meltdowns at three of six nuclear reactors at the Fukushima Daiichi plant in Japan. It was the one of the worst accidents in the nuclear industry’s 60-year history, contaminating thousands of square miles, displacing more than 150,000 people and costing Japanese taxpayers nearly $100 billion.

The disaster was a wake-up call for the U.S. Nuclear Regulatory Commission (NRC). After all, nearly a third of the 104 U.S. reactors operating at the time were General Electric Mark I or Mark II reactors, the same as those in Fukushima. The accident raised an obvious question: How vulnerable are those reactors—and the rest of the U.S. fleet for that matter—to comparable natural disasters?

The NRC set up a task force to analyze what happened at Fukushima and assess how to make U.S. reactors safer. In July 2011, the task force offered a dozen recommendations to help safeguard U.S. nuclear plants in the event of a Fukushima-scale accident.

Unfortunately, the NRC has since rejected or significantly weakened many of those recommendations and has yet to fully implement the reforms it did adopt, according to a new Union of Concerned Scientists (UCS) report. UCS also found that the agency abdicated its responsibility as the nation’s nuclear watchdog by allowing the industry to routinely rely on voluntary guidelines, which are, by their very nature, unenforceable.

“Although the NRC and the nuclear industry have devoted considerable resources to address the post-Fukushima task force recommendations, they haven’t done all they should to protect the public from a similar disaster,” said report author Edwin Lyman, a UCS senior scientist and co-author of the 2014 book, Fukushima: The Story of a Nuclear Disaster. “If the NRC is serious about protecting the public and plant workers, it should reconsider a number of recommendations it scrapped under pressure from the industry and its supporters in Congress.”

The post-Fukushima task force’s top priority was overhauling what it called a “patchwork” of NRC regulations and industry voluntary guidelines for “beyond-design-basis” events—incidents that plants were not designed to withstand. The task force argued that both regulators and plant owners would benefit from a coherent set of standards that would guard against severe events like Fukushima and provide a framework for implementing its other recommendations. After several years of deliberation, however, the NRC ultimately passed on making any fundamental changes, maintaining that its regulatory framework doesn’t need fixing.

Lyman said this was a critical mistake. “By rejecting the task force’s top recommendation,” he said, “the NRC regulatory regime will remain full of holes, leaving the public at risk from potential accident scenarios that regulators may overlook.”

The NRC then relied heavily on its vaguely worded “backfit” rule to reject many of the other recommended post-Fukushima safety upgrades. The rule limits the agency’s ability to require new safety rules if a proposed upgrade’s cost is deemed to exceed its benefits. Many important safety recommendations failed to pass this test, despite the fact that they would have made plants safer.

“The post-Fukushima, lessons-learned process provided the NRC a golden opportunity to reform its inconsistent approach to regulating the industry,” Lyman said. “Unfortunately, it didn’t take advantage of it.”

Letting the Industry Make the Rules

The NRC and the nuclear industry’s main response to the Fukushima accident is what they call the “diverse and flexible coping capability” program or FLEX for short, which will provide extra backup emergency equipment to cool reactors and spent fuel pools during a prolonged power loss.