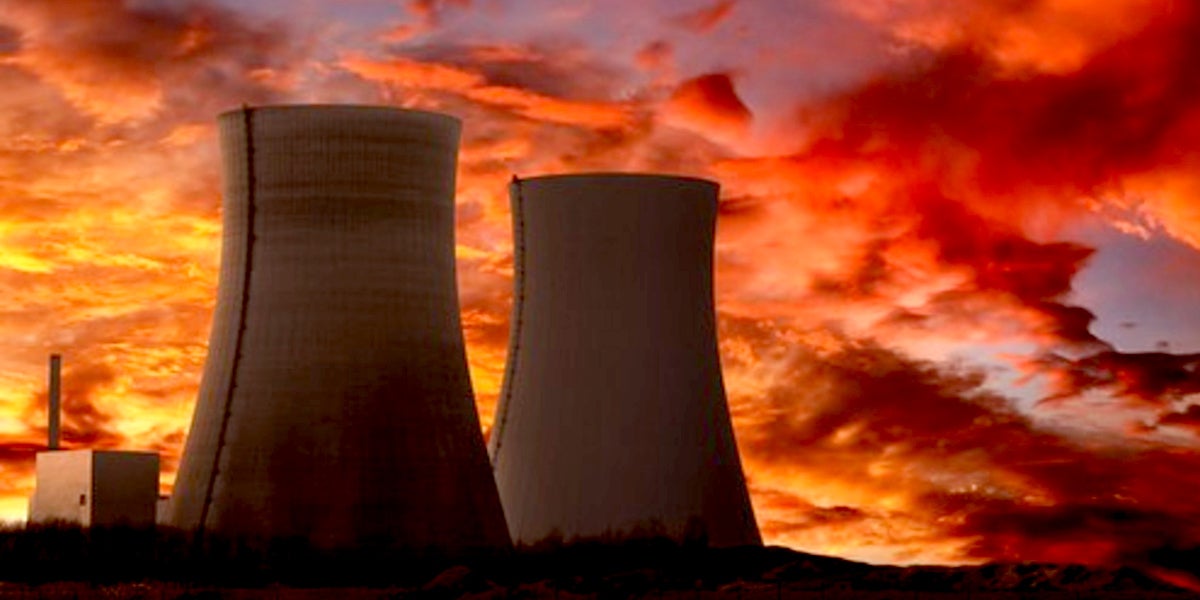 There have been three well-documented major nuclear accidents in the last 60 years, each one accompanied by official lies and cover-ups. There have been other less well-known serious accidents that have been so effectively hushed up that decades later there are only the sketchiest details available.

The legacy of these disasters is a deep distrust of the industry by many voters. In some leading industrial countries this has led to governments being forced to abandon nuclear power altogether, while others face such strong opposition to new stations being built that they have abandoned the idea, although they still keep the old ones operating, at least for now.

This checkered history of the industry matters. It has caused a global split. While many scientists and politicians concerned about climate change believe that nuclear power is vital if governments are to meet their commitments to curb dangerous global warming, just as many do not.

The opposition is based on the belief that the industry has lost all integrity and credibility and that renewables are a cheaper, safer and all-round better bet. This view is reinforced by the inability of the industry to deal with its waste. Renewables can easily be recycled, but nuclear waste remains dangerous for thousands of years, leaving future generations to pay for it.

But it is the three major disasters that are at the root of this fierce debate. They happened over a span of 60 years and all had different causes. But all followed a familiar pattern.

The first was at Windscale in north-west England in 1957, when a plutonium-producing reactor caught fire. The second was Chernobyl on the border of Ukraine and Belarus in 1986: the top blew off one of the reactors and there was a serious fire. The third was at Fukushima in Japan in 2011, when an earthquake and a tsunami caused meltdowns at three reactors.

All three accidents had startling similarities in the official reaction. In each case the governments involved, the nuclear regulators and plant owners tried to hide the scale of the disaster from the public who were most in danger. In each case this resulted in unnecessary exposure of the population to harmful radiation.

Second, the possible long-term health effects to the people involved were hotly disputed. In each case this took the form, both at the time and ever since, of governments and the industry playing down the health risks.

There is still an argument about whether the Windscale fire caused a leukaemia cluster in children in the neighborhood. After Fukushima, governments and the industry claim, very few or no deaths at all resulted. Expect the argument to continue for decades.

Third has been the underplaying of the enormous cost and intractable nature of trying to clean up the mess. For example, people who are evacuated are told the move is only temporary, when it could last for decades, possibly generations.

Again, the official estimate for “compensation” for the Fukushima accident rose from ¥5.4 trillion (£40bn) to ¥8 trillion (£70bn), a fact only slipped out at the end of November 2016, nearly five years after the accident.

In each case, even after the Windscale accident 60 years ago, the clean-up of the actual nuclear pile that caught fire has several times started and then been abandoned as too difficult. They are not expected to be completed for decades.

There is no hope of cleaning up Chernobyl or Fukushima this century. A new concrete shell over Chernobyl to replace the existing crumbling structure should be in place by 2017 at a cost of €2.1—but this is designed only as a temporary structure, to last 100 years.

Governments tried hard to cover up what happened. At Windscale, the British government subsequently admitted it had deliberately covered up the seriousness of the accidents to keep its nuclear weapons program on track.

In Chernobyl’s case it was the sky-high radiation readings from as far away as Scandinavia and Germany that led the Soviets to admit what had happened. Thirty years later the real health effects of the accident are hotly disputed.

Thousands of children have had their thyroids removed and there have been many birth defects and cancers. Belarus, worst hit by the disaster, is anxious to play down the long-term effects to avoid frightening potential foreign investors in the country.

The nuclear industry has been trying hard to put all this in the past. In response to public concerns it has come up with a whole series of “safer” designs for nuclear power stations. As a result, some countries like Finland and Britain are encouraging the building of a new generation of French, Japanese, Chinese and American designs.

This time, however, it is not just safety that is at issue. For the last 35 years not a single nuclear power station in the west has been built to time or on budget. It undermines the claim that nuclear power will be able to compete with other fuels on price. It has repeatedly been shown that, without government subsidy, nuclear power cannot survive.

The latest evidence for this is the two new power stations being built in Finland and France. Both are nearly 10 years behind schedule and have more than doubled in cost.

The original claims that the price of the electricity the stations would produce would be competitive cannot be true. Wholesale prices must already have more than doubled before a single watt of power has been produced.

Yet, despite this track record, the nuclear industry hopes to keep on growing and claims it is expecting to do so—and many governments continue to pour money into research and development. They do so in the hope that one day nuclear power will provide a safe and economically viable method of producing electricity.

So far, however, there is no sign of the long-predicted nuclear renaissance. The costs of a safe design continue to increase as the industry and governments attempt to live down the legacy of misleading the public for the last 60 years. It seems that if the climate is to be saved from overheating, we shall have to do this without the aid of new nuclear power.