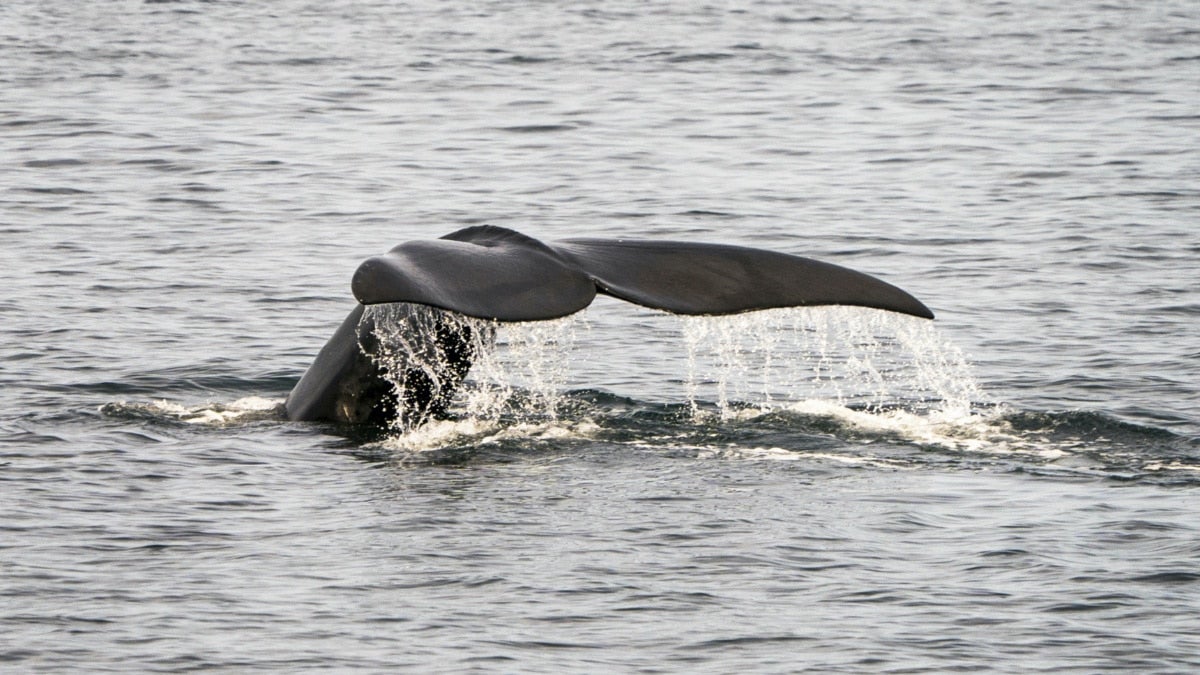 The male calf was also the first documented birth this calving season, a development the National Oceanic and Atmospheric Administration (NOAA) called devastating.

“Each new right whale calf brings so much hope for this critically endangered species, and losses like this have a substantial impact on their recovery,” NOAA wrote in a press release.

National Park Service workers discovered the whale on North Core Banks, the northernmost of three barrier islands that comprise the Cape Lookout National Seashore in North Carolina. On Saturday, a team of biologists came to conduct a necroscopy on the animal and take a DNA sample in order to determine its mother, Cape Lookout National Seashore explained on its Facebook page.

“Right Whales are critically endangered and are one of the rarest marine mammals,” the seashore wrote.

The cause of death is not yet known, but NOAA said that there was no evidence human activity was a factor, CNN reported. Initial reports suggest the baby died either during birth or soon after.

The sad discovery comes little less than a month after a grim NOAA report found there are no more than 366 North Atlantic right whales left. The whales have been suffering from an “unusual mortality event” since 2017, NOAA said Monday. The agency has documented at least 32 deaths and 13 injuries during this event, more than 10 percent of the whales’ remaining population. The leading causes of these deaths are vessel strikes and entanglements in fishing gear.

The endangered whales also struggle to reproduce. Female whales give birth to only five or six calves per year, according to the Cape Lookout National Seashore. There are about 100 female whales left, CNN reported.

Female right whales usually reach maturity after 10 years and then give birth every three to five years. However, in recent years, the time between births has increased to six to 10 years. Scientists think that females are giving birth less often partly because of the stress of getting entangled in fishing gear. There have been just 22 births total during the past three calving seasons, about one-third of the previous annual average.

The right whale calving season extends from mid-November to mid-April. In winter, the whales migrate more than 1,000 miles from the waters of Canada and New England to warmer waters around South Carolina, Georgia and Florida’s east coast, NOAA said. This is also where they give birth and nurse their young. NOAA urged boaters and fishers to watch out for the whales as their migration begins.

“NOAA is cautioning all boaters to be vigilant, slow down, and give these endangered whales plenty of room,” NOAA wrote. “This will avoid accidental collisions and disturbing the whales as they migrate south. The agency is also asking fishermen to remove their unused gear from the ocean to help avoid entanglements. Vertical lines with required markings, weak links, and breaking strengths are also required by law.”