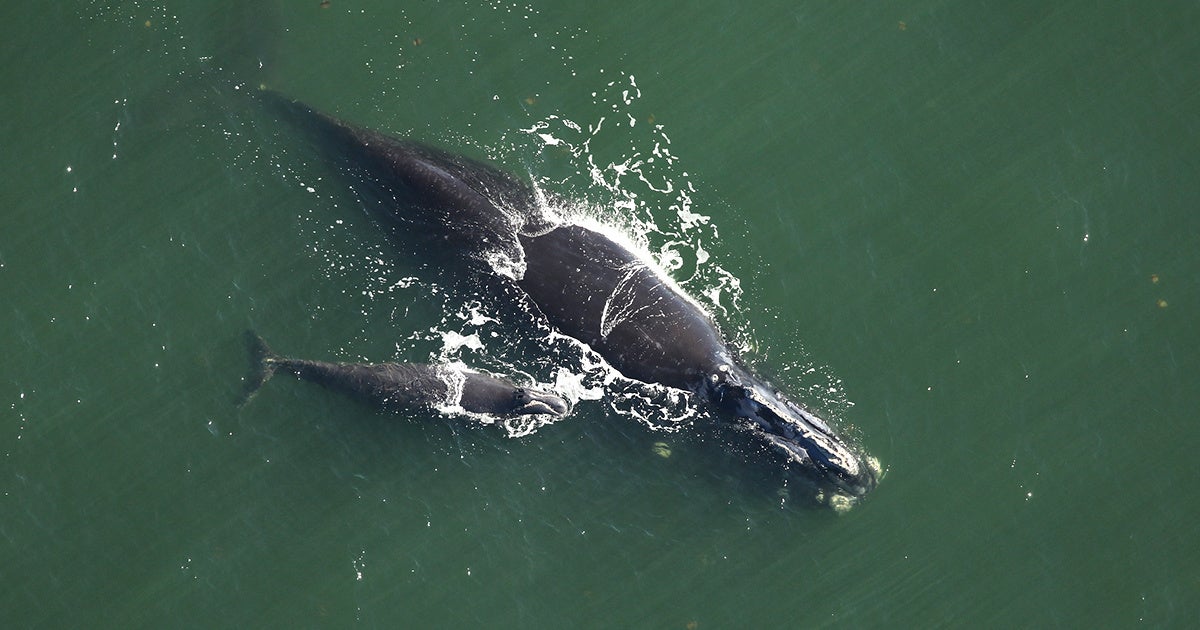 Researchers are calling for urgent action following the death of a sixth North Atlantic right whale in Canada’s Gulf of St. Lawrence this year.

Considered one of the most endangered species of whale in the world by the International Union for Conservation of Nature Red List of Threatened Species, the North Atlantic right whale population is decreasing with only about 400 animals left in the world and just 100 breeding females. As the slow-moving baleen whales follow food sources, researchers at Dalhousie University say their behavioral and feeding patterns must be tracked in order to save the species.

“It could be that the whales are in different places or are choosing different routes into the Gulf and that made these measures somewhat ineffective. So, we have to go back and find out where the whales are, predict their distribution and take measures to protect them,” said university marine biologist Boris Worm.

It appears the whales are shifting movements, making vessel speed and traffic restrictions in place to protect the whales less effective. Necropsies carried out this year suggest some of the whales died from collisions with ships — an increasingly common and fatal occurrence.

Among the dead were Punctuation, a 40-year-old female named for comma-like propeller scarring on her head who had given birth to at least eight calves and grand mothered at least two in her lifetime, reports Mongabay. Nine-year-old Wolverine, named for three propeller markings on his tail, was the first to be found dead followed by two dead females, including Clipper. Canadian Fisheries and Oceans announced Tuesday in a tweet that Clipper, a 34-year-old grandfather who was spotted floating in the Gulf last week, also died from blunt force trauma due to a vessel strike. In all, six dead whales, two males and four females, have been spotted over the last month in Canada.

“Protecting our endangered North Atlantic right whales is an important task, one that our government takes seriously. We will continue to work with our partners to ensure the safety of these marine mammals, as well as vessels, and crew,” said Transport Canada.

A study published last month in the journal Diseases of Aquatic Organisms found that 90 percent determinable of North Atlantic right whale deaths between 2003 and 2018 were due to entanglements in fishing gear or vessel strikes, The New York Times points out. Strikingly, none of the adult or juvenile deaths were from natural causes. The number of right whale deaths this year has already outnumbered deaths the species could tolerate to maintain a stable population, reports The Atlantic.

“We have to double down on working on this. This is devastating, you really get this sinking feeling that something’s not working. It feels like it’s going down the same lines,” said Worm.