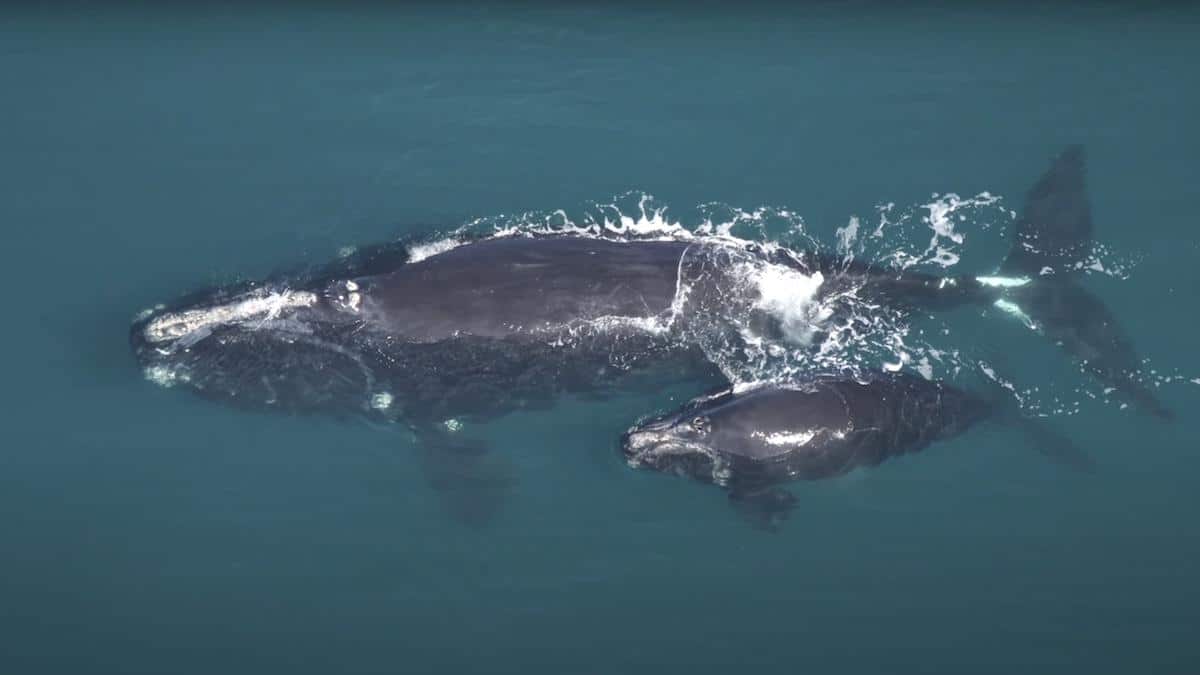 The U.S. government has enacted a voluntary protected zone off the coast of New York City in order to protect critically endangered North Atlantic right whales as they make their way south for the winter.

The protected zone is designed to slow down ships, and the National Oceanic and Atmospheric Administration (NOAA) is encouraging ships to avoid the area altogether.

The North Atlantic right whale is incredibly rare, with scientists estimating the population to be fewer than 350. The species has been included in the Endangered Species Act since 1973, and it is currently considered critically endangered.

These whales tend to live 70 to 100 years, but human actions are leading to higher mortality rates for the species. Right whales are having offspring at half the rate they once did, and boat collisions and entanglement in fishing gear are leading causes of death for the animals. Climate change and ocean noise, such as sounds from boats and construction, are also detrimental to the species.

According to a species assessment:

“Right whales are often found in shallow, coastal waters that are heavily traveled by vessel traffic. Throughout their range, they tend to frequent areas in the vicinity of major shipping routes (outside of New York Harbor, Massachusetts Bay, the Bay of Fundy) … The vast majority (75%) of these collisions have occurred since 1991, where they represent 50% of the total known mortality of right whales over this time period.”

As such, lifespans for North Atlantic right whales now hover around 45 to 65 years. The high mortality rates, which have been ongoing since 2017, are deemed an Unusual Mortality Event by NOAA.

“In recent years, researchers have recorded more deaths among adult females than adult males, leading to a population with more males than females, a bias that is increasing over time,” NOAA noted. “Females that undergo energetic stress from reproduction may be more susceptible than males to dying from chronic injuries such as those from entanglement or vessel strikes.”

The whales’ migration was first detected on November 20 via acoustic array, according to The Seattle Times. In the winter, they move from Canada and New England — where the whales forage in warmer months — toward the southeastern coast, near South Carolina, Florida, and Georgia to give birth.

Lasting until Sunday, December 5, the protected zone covers the waters south of Long Island and east of New Jersey. Additional protected areas are enacted near Maryland and Massachusetts.