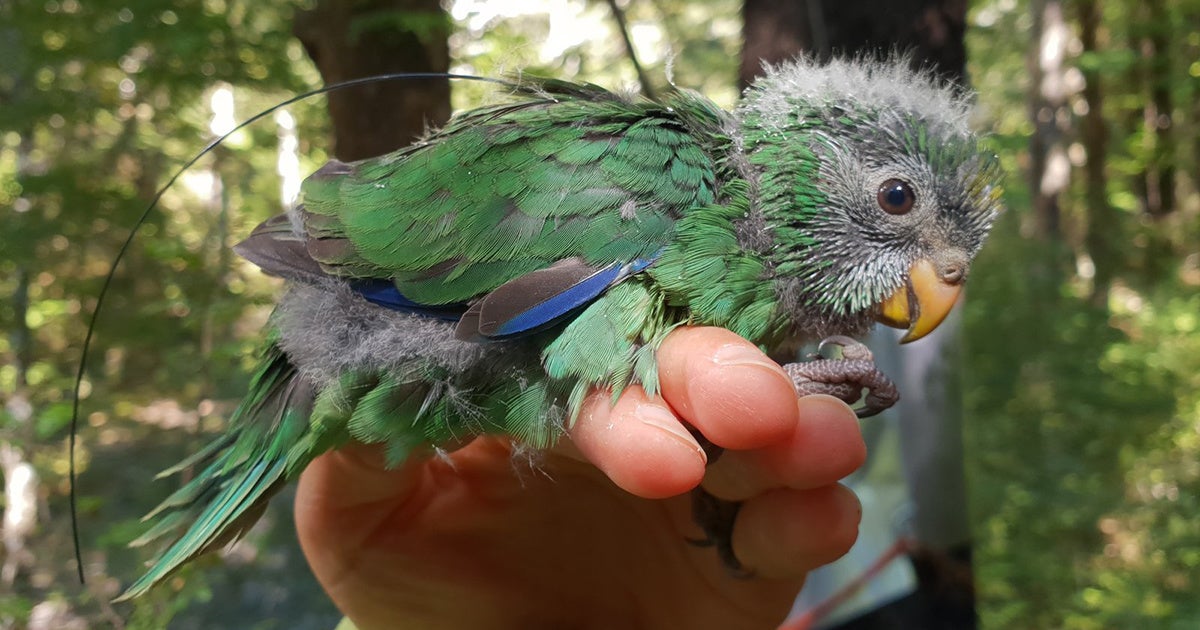 Up until 25 years ago, New Zealand’s orange-fronted parakeet, or kākāriki karaka, was believed to be extinct. Now, it’s having one of its best breeding seasons in decades, NPR reported Thursday.

At least 150 kākāriki karaka chicks have been born in the wild this season, New Zealand Minister of Conservation Eugenie Sage said in a statement Wednesday, potentially doubling the population of New Zealand’s rarest mainland forest bird, which is estimated to be between 100 and 300.

“It is great news that this year there are more than three times the number of nests compared to previous years,” Sage said. “This year’s epic breeding provides a much-needed boost to the kākāriki karaka population.”

Our rarest mainland forest bird, the kākāriki karaka/orange-fronted parakeet, is having its best breeding season in decades: https://t.co/MTD5Ch3ozq #TiakinaNgāManu pic.twitter.com/d6hMc4xzka

The New Zealand Department of Conservation (DOC) said it had found 31 nests in Canterbury so far this year, and that the breeding season was not yet over.

The bird, also known as Malherbe’s Parakeet, scientific name Cyanoramphus malherbi, is considered critically endangered by the International Union for Conservation of Nature (IUCN). The leading threat to the endangered species are the stoats and rats that were introduced to New Zealand, which prey on the birds. The parakeets are also threatened by resource use and habitat loss. They require beech trees old enough to form cavities suitable for nests. But beech trees tend to be harvested before these holes have time to form, meaning the birds are unlikely to settle in managed forests, the IUCN concluded.

This year’s population boost is also related to the beech tree: 2019’s mast of beech seeds is the biggest in more than 40 years.

“There has been so much seed on the beech trees the birds just keep on breeding with some parakeet pairs onto their fifth clutch of eggs,” Sage said. “When there’s no beech mast they typically have just one or two clutches.”

But the mast is also expected to increase the population of the bird’s imported predators.

“Over the coming months, DOC will be focused on protecting the critically endangered kākāriki karaka from increased numbers of rats, stoats and feral cats,” Sage said.

The birds once lived across New Zealand, BBC News reported, but during the 20th century, their numbers declined to the point where they were believed extinct. However, in 1993 they were re-discovered in the country’s Canterbury region.

Conservation groups have bred more than 500 of the parakeets since 2003 and released them into Canterbury, as well as onto predator-free islands, DOC said.

This year, 62 kākāriki karaka were released into the South Branch of Canterbury’s Hurunui River. Most of the introduced birds survived and are getting ready to breed.