Red Kites Are Thriving in UK Thanks to Conservation Effort 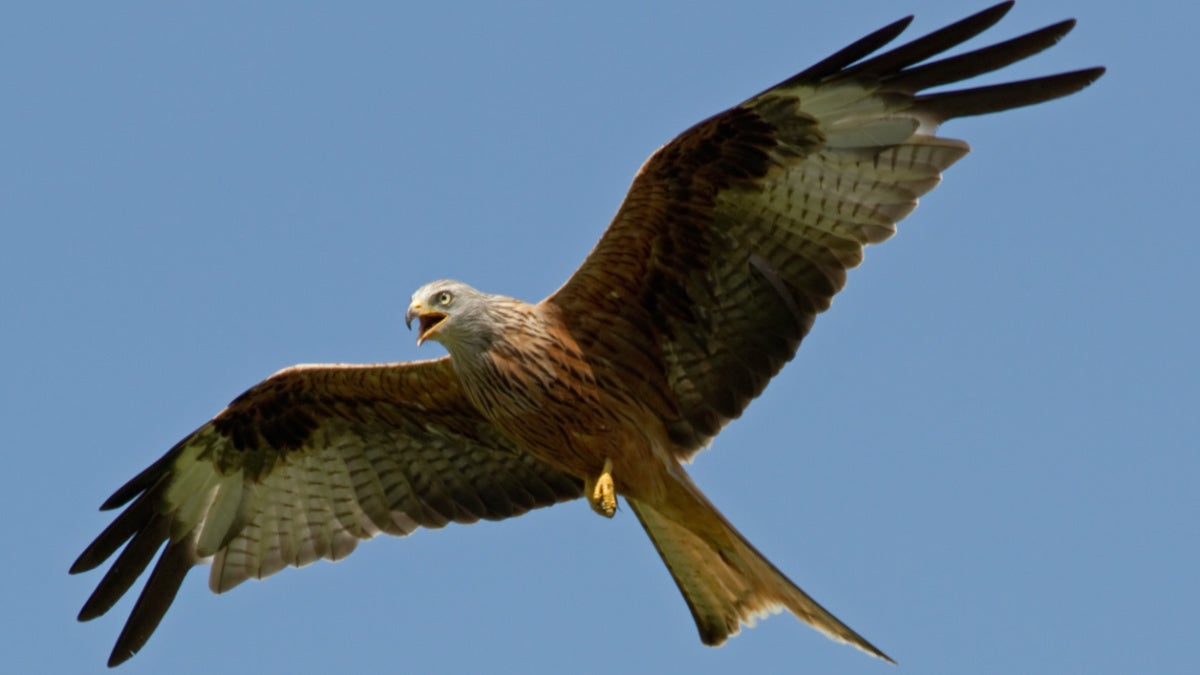 This July, wildlife advocates are celebrating the 30th anniversary of reintroducing red kites to the UK. Tony Hisgett / Wikimedia Commons / CC by 2.0

In July 1990, a British Airways plane flew from Spain to the UK carrying some very unique cargo: 13 red kites.

The birds launched a landmark effort to reintroduce the iconic raptor to England. When they landed, the only red kites in all of the UK were a few breeding pairs in Wales. Now, there are around 1,800 breeding pairs across the whole country, and you can see them in almost every English county, according to a government press release. This July, wildlife advocates are celebrating the 30th anniversary of that fateful flight.

“In a few short decades we have taken a species from the brink of extinction, to the UK being home to almost 10% of the entire world population,” Royal Society for the Protection of Birds (RSPB) operations director for Central and Eastern England Jeff Knott said in the press release. “It might be the biggest species success story in UK conservation history.”

In July 30 years ago, we reintroduced 13 young red kites to the Chilterns, alongside partners. Once practically extinct due to persecution, the success of the project means there are now there an estimated 1800 breeding pairs in the UK!

RSPB worked with government agency Nature Conservancy Council (now Natural England), Joint Nature Conservation Committee (JNCC), Zoological Society London and British Airways to release the birds in the Chilterns Area of Outstanding Natural Beauty, a hilly part of England chosen for its suitability, according to International Union for Conservation of Nature (IUCN) criteria. Red kites were later reintroduced in other locations, and, by 1996, at least 37 pairs had bred in Southern England. Today they are still thriving in the Chilterns, as well as in South East England, Yorkshire, the East Midlands, Wales and Scotland.

Red kites are notable for their reddish-brown color, forked tail and distinctive cry. They were once so common in England that William Shakespeare described London as a “city of kites and crows,” the RSPB tweeted.

The UK is home to 10% of the world’s red kite population, but did you know that even just 30 years ago they were nearing extinction? Let’s take a trip back in time to see what changed… #Thread pic.twitter.com/r0TZ9eeKuQ

However, by the 20th century they had been driven to extinction in England and Scotland, The Independent reported. They were killed because of their reputation as pests and their attractiveness to taxidermists. Their eggs were also preyed on by collectors. While a few remained in Wales, genetic testing linked them to only one female, according to RSPB.

Sadly, attitudes towards birds of prey changed and red kites were driven to near extinction in England by the 1900's. A few pairs hung on in Wales, but their future seemed bleak – genetic fingerprinting revealed that the population could all be traced back to a single female. pic.twitter.com/i9YVJ1lJ5b

The species’s comeback has paved the way for other reintroduction efforts in England. In 2019, for example, Natural England issued licenses for five white-tailed eagles to be reintroduced to the Isle of Wight, The Guardian reported.

“People are looking at many other species, not only birds, but also mammals and invertebrates, to put back some of the living fabric of our islands that’s been depleted over many years from habitat destruction, persecution and chemical pollution,” Natural England chair Tony Juniper told The Guardian. “As we face the global nature crisis, this is extremely important for people to know – that it is not a one-way street and we can reverse the flow of these historic trends if we put our minds to it.”

The UK’s 25-year Environment Plan includes provisions for reintroducing species when it will help the environment. Beavers were successfully reintroduced to Scotland and the government is considering reintroducing them in England. And white storks gave birth in the wild in Britain this summer for the first time since 1416.

“Some of these big animals like white storks and white-tailed eagles become ambassadors for a far bigger discussion around nature recovery. If those animals are thriving, then we know we have a healthy natural environment,” Juniper said.