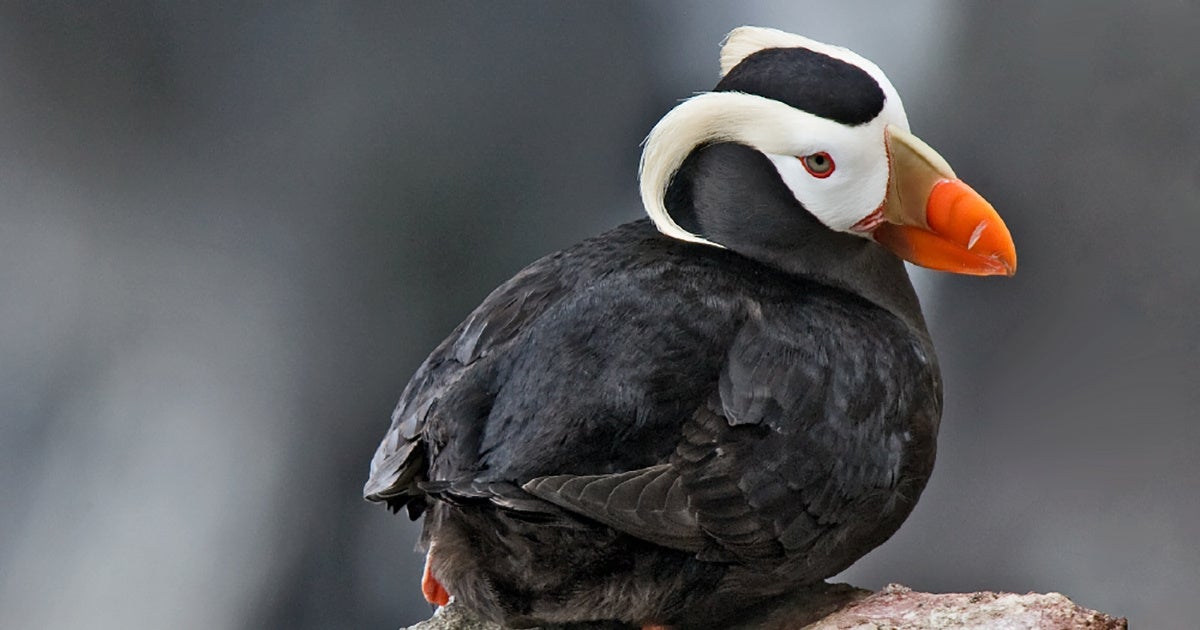 Between October 2016 and January 2017, more than 350 Tufted puffin and Crested auklet carcasses washed up on Alaska’s St. Paul island in the Bering Sea.

“It was very apparent that something strange was happening. They just keep washing in and washing in,” Director of the Aleut Community of St. Paul Island Ecosystem Conservation Office Lauren Divine told The Washington Post of the die-off. “Every person in our community knew something was wrong.”

Now, a study published in PLOS One Wednesday suggests the deaths were partly caused by climate change. The researchers estimated that between 3,150 to 8,800 birds died in total, and the recovered carcasses were “severely emaciated,” researchers wrote, indicating they died of starvation.

CNN explained why the scientists thought climate change was ultimately to blame:

That’s because the puffins that live in the area typically dine on fish, but climate change has significantly disrupted the food chain. The fish eat zooplankton, but climate change has warmed the water in the area up so much that the zooplankton and the fish have started to disappear. The seasonal ice cover in the area has also started to melt, eliminating other potential food sources for the birds. Many of the dead birds were molting, meaning they were regrowing their feathers. When a bird goes through this process, it takes a lot of energy and often cannot fly as far, or fly at all, making it even harder for them to get to food.

“They didn’t get where they were going,” study co-author, University of Washington Professor and leader of the citizen-science project Coastal Observation and Seabird Survey Team Julia Parrish told The Washington Post. “They ran out of gas. They ran out of time.”

The Tufted puffins were the species most impacted by the St. Paul die-off, representing 79 percent of the carcasses found. But seabird die-offs have been a recurring event in Alaska in recent years, according to the National Park Service (NPS). There was a die-off in 2015 and 2016 in the Gulf of Alaska, and then again in fall 2017 to summer 2018 in the Bering and Chukchi seas.

“Seabirds are good indicators of ocean ecosystem health,” NPS wrote. “Recent mortality events are concerning in that they may be pointing to significant changes in marine ecosystems.”

Thousands of seabirds starved to death in the Bering Sea, and the @washingtonpost reports that mass seabird die-offs are becoming more frequent as a result of low food supplies (forage fish) and climate change. https://t.co/N5JZg0UpYE #SaveTheSeabirds #BirdsTellUs pic.twitter.com/Vw8RIqdRsI

Divine told The Washington Post what it was like to be at the frontline of the changes.

“We are now just bracing for what is going to wash in next,” Divine said. “It’s kind of terrifying.”

But her community’s close relationship with the St. Paul ecosystem also helped the scientists to better understand the puffin die-off.

“Island residents collected high-quality data in real time and provided COASST with a detailed context for their analysis,” Divine told The Guardian. “Without the positive and mutually beneficial relationship built over years of collaboration, this massive die-off of Tufted puffins would have gone unreported in the scientific community.”