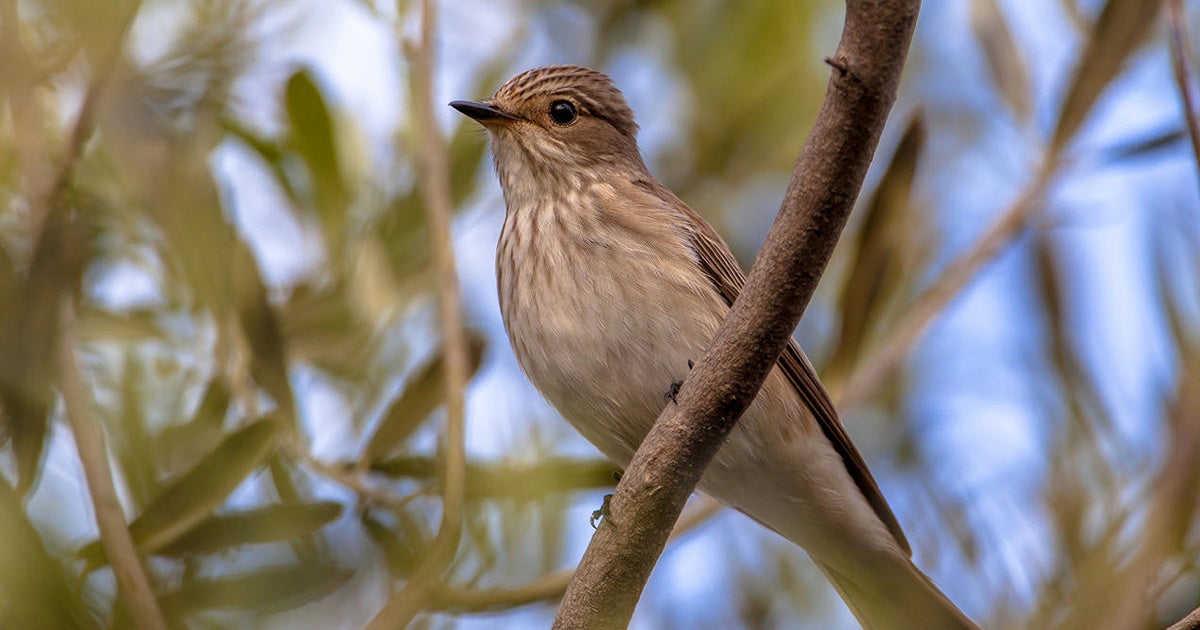 A spotted flycatcher rests in an olive tree.

Imagine you’re a redwing, a small, speckled bird in the thrush family. You weigh as little as two light bulbs, and yet each year you make a 2,300-mile journey from your summering grounds in Iceland to a winter refuge in Morocco. One night, you decide to stop off in an olive grove in Portugal to rest your weary wings.

Little do you know, night is when the machines come.

Mechanical harvesters taller than the trees themselves rumble through the olive groves, each equipped with floodlights and rows of vibrating teeth. Like a slow-moving beast, the harvesters straddle the trees and throttle them, shaking loose their olives and directing the fruits to powerful vacuums for collection. 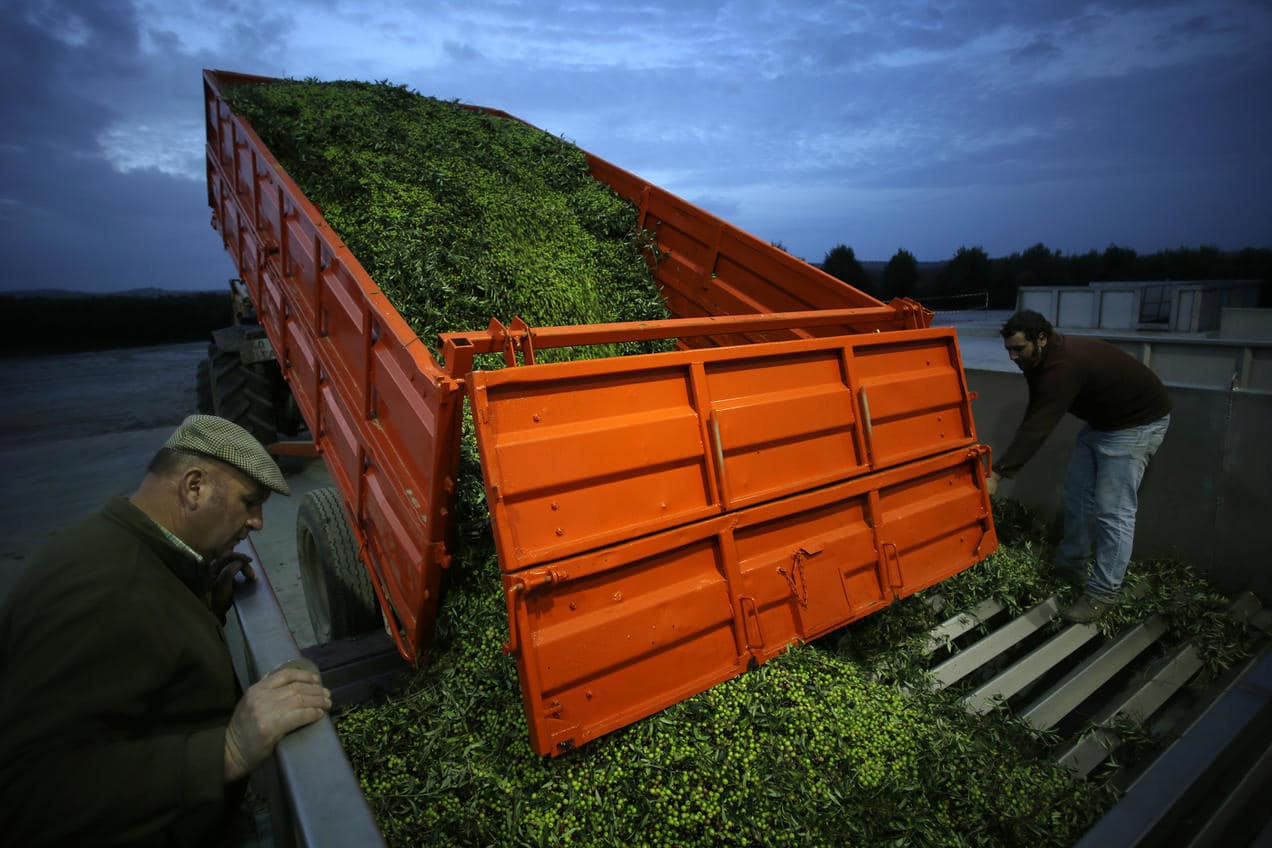 Workers unload harvested olives from a truck on a farm in the Alentejo region of Portugal.

It’s an incredibly efficient way to harvest the olives destined for our cooking oil, martinis, and charcuterie platters. And according to the Olive Oil Times, night harvesting preserves the aromatic qualities of the crop.

But the benefits stop there. Birds like the redwing seem to be “dazzled by the strong lights of the machines,” said Vanessa Mata, an ecologist at the Research Center in Biodiversity and Genetic Resources in Portugal. During the day, the birds would simply fly away. At night, they become disoriented and can wind up getting sucked into the harvesters, with fatal consequences.

In southern Spain, olive farmers sometimes sell the dead to local restaurants which offer them on menus as “fried birds” — an illegal practice that is “highly pursued by the Ministry of Health,” according to a new report by the environmental council of the regional government of Andalusia, in Spain. 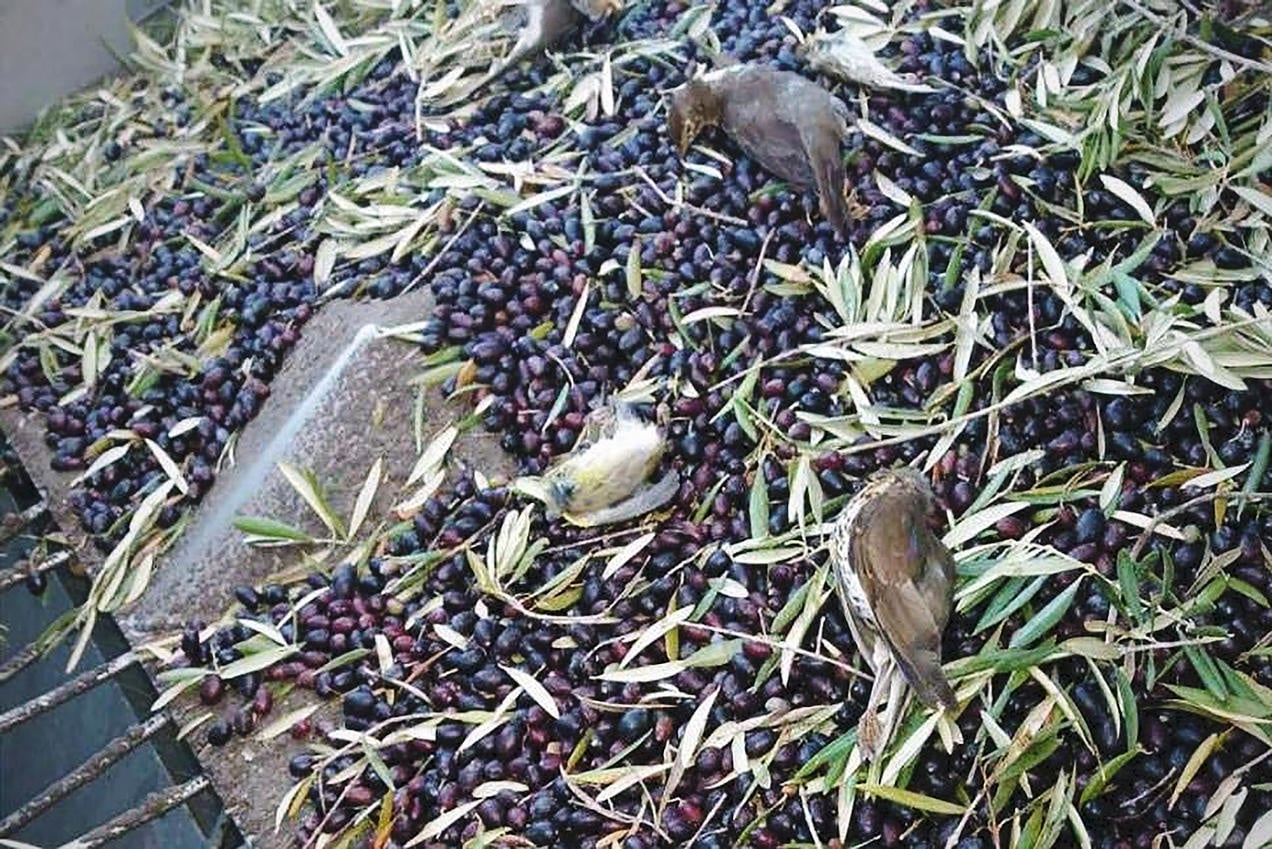 Songbirds caught in an olive harvester.

The problem is not just a local issue of some unfortunate and accidental songbird deaths. According to a letter that Mata recently published in the journal Nature, Portugal’s night harvesting machines vacuum up some 96,000 birds each year. It’s even worse in Andalusia, where as many as 2.6 million birds disappear annually during nocturnal harvesting. (France and Italy also harvest olives at night, but neither country keeps records of the practice’s toll on wildlife.)

All told, we’re talking about many millions of migratory birds slain each year by the international olive industry. This is obviously bad news for redwings, which the International Union for Conservation of Nature classifies as near threatened, but plenty of other species are taking a hit too.

According to the Andalusian report, the suctioning kills garden warblers, mistle thrushes, willow warblers, common linnets and yellow wagtails — all species already considered by conservationists to be on the decline. (Eleven other bird species identified in the report have stable or increasing populations.)

Many of these birds are already the victims of illegal hunting. Trappers catch and sell them as food or pets, said Mata, which is a problem across the Mediterranean. BirdLife International reports that the populations of 57 of Europe’s most common avian species have been on the decline over the past 30 years. Those birds that inhabit the continent’s farmlands appear to have suffered the most severe losses.

But there is some hope. Mata said while the many threats birds face in this part of the world aren’t going to disappear overnight, the issue with the olive groves really could. That’s because this manner of harvesting olives became popular only over the past decade or so. “Day harvesting is the traditional method,” she said. “Night harvesting with machines is a recent practice used in super-intensive olive farms.” 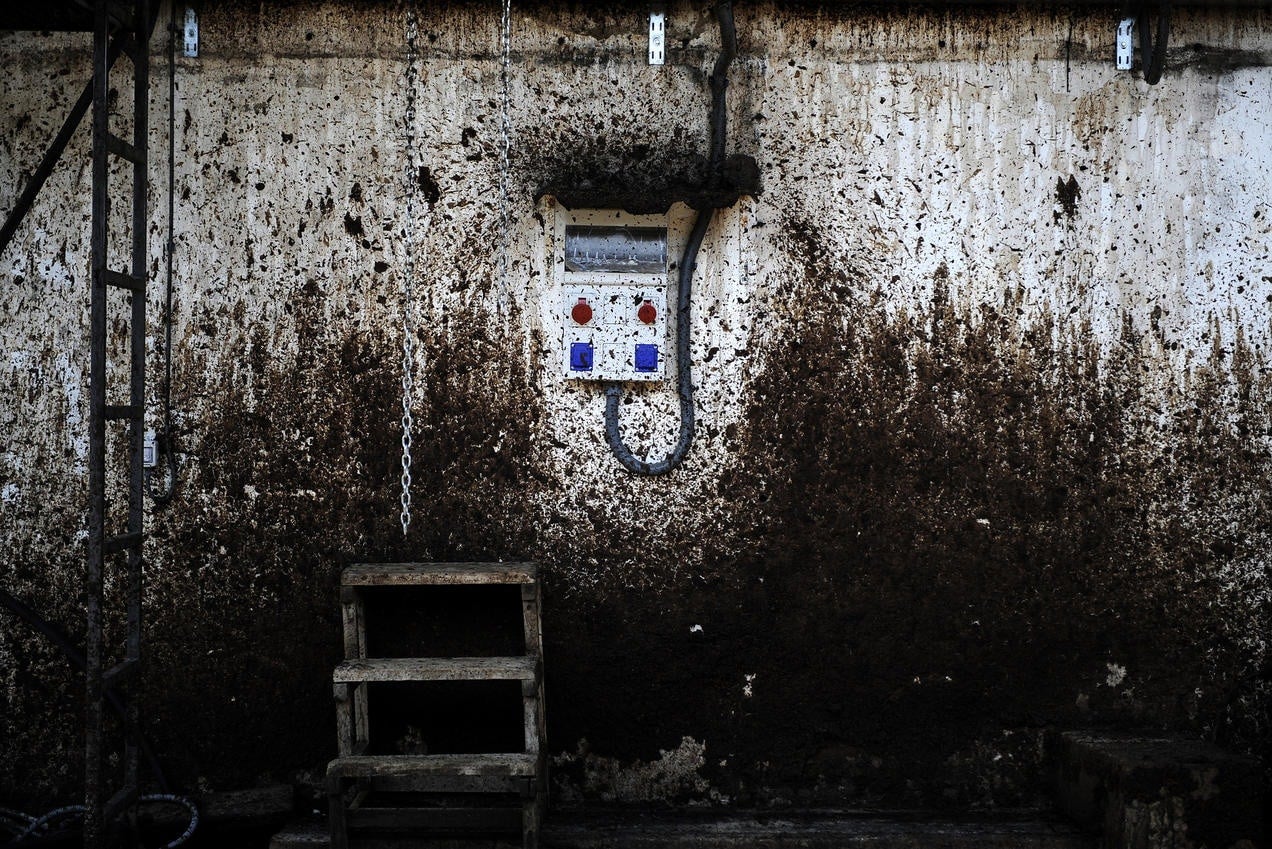 A wall is spattered with residue from machines that process olives in the Andalusia region of Spain.

Olive growers insist that night harvesting provides a better-quality product, but Mata suspects it just comes down to money. The harvest season falls between October and January, but weather and fruit ripeness determine when that season hits its peak. Once it’s time, it’s time.

Growers who rent expensive harvesting machinery, such as the behemoth seen in this drone footage (with birds in formation flying overhead), want to maximize returns while minimizing rental and operating costs. “By operating the machines day and night, you can harvest the same area using half the machines,” said Mata.

Because night harvesting is relatively new, information is scarce about its impact on wildlife and the environment. That’s what makes these new reports so eye-opening — they’re the first to put numbers on paper. But we’re going to need a lot more numbers to understand the true scope of the problem.

Even at the scale indicated by the recent reports, Mata said, the practice is a clear violation of the Birds Directive, the European Union’s equivalent of the U.S. Migratory Bird Treaty Act. Not only is it illegal to kill migratory birds in flight, but it’s also against the law to disturb them while they’re resting.

If nothing else, olive growers who harvest at night should have to monitor and report the number of birds killed in their machines as other industries do, said Mata.

“I think the important thing for now is for people to take action, press their food suppliers about the origin of their olives and oil, but also [press] their politicians so this practice becomes regulated,” said Mata. Her colleague Elli Rivers even started a Change.org petition as one way to get involved.

For now, Mata said the best thing consumers can do for the birds is to raise awareness. Down the road, creating market incentives for daytime harvesting, such as a consumer label noting whether an olive brand is “bird safe” (in the same way that dolphin-safe tuna became an industry standard), could help stem this senseless slaughter.