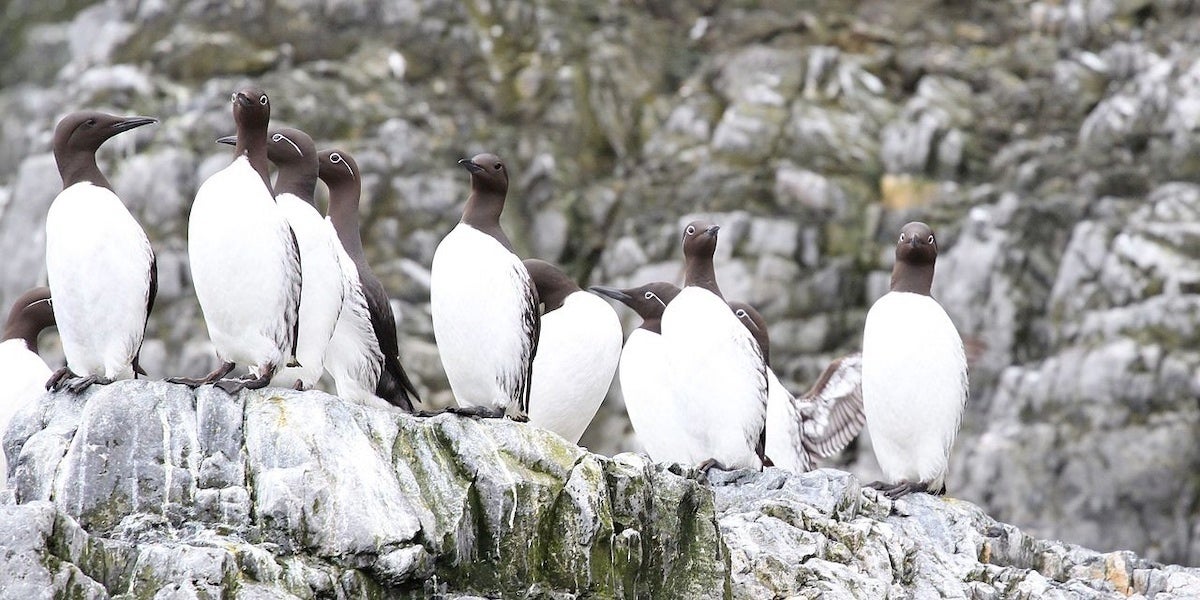 About 20,000 guillemots, a black-and-white seabird of the northern seas, have mysteriously washed up dead on Dutch beaches in recent weeks, according to public broadcaster NOS.

Scientists in the Netherlands now are trying to understand the reason behind the deaths.

“The working hypothesis is that it is a combination of bad weather plus something else, and we are trying to find the smoking gun,” Mardik Leopold, a biologist from Wageningen University, told The Guardian. “We have dissected some of the birds. They are clean but they were very skinny, with gut problems, which is indicative of starvation. But we need a larger sample and so have been asking people to collect birds for us.”

Leopold told NOS that such mass deaths have not been seen since the 1980s and 1990s. The seabird wrecks have only occurred in the Netherlands, from the island of Schiermonnikoog to Zeeland, the country’s westernmost province.

“We do not get these reports from Germany and Belgium,” Leopold explained.

The birds that do not show up dead on Dutch beaches are sick, skinny or severely weakened and are taken to animal shelters for treatment.

Guillemots have diets that usually consist of fish, crustaceans and marine invertebrates.

A suggested culprit behind the mass deaths is ingestion of marine pollution and other contaminants. On the night of Jan. 2, a storm caused a large container ship to spill 291 containers and its contents into waters north of the island of Ameland, The Guardian reported. An operation to retrieve the containers has been underway but 50 of them are still unaccounted for.

“We don’t know exactly what was in the containers but there will inevitably be plastic and chemicals,” Leopold told the publication.

99% of Seabirds Will Have Plastic in Their Guts Within Decades #plasticpollutes https://t.co/trBZyrFXLC