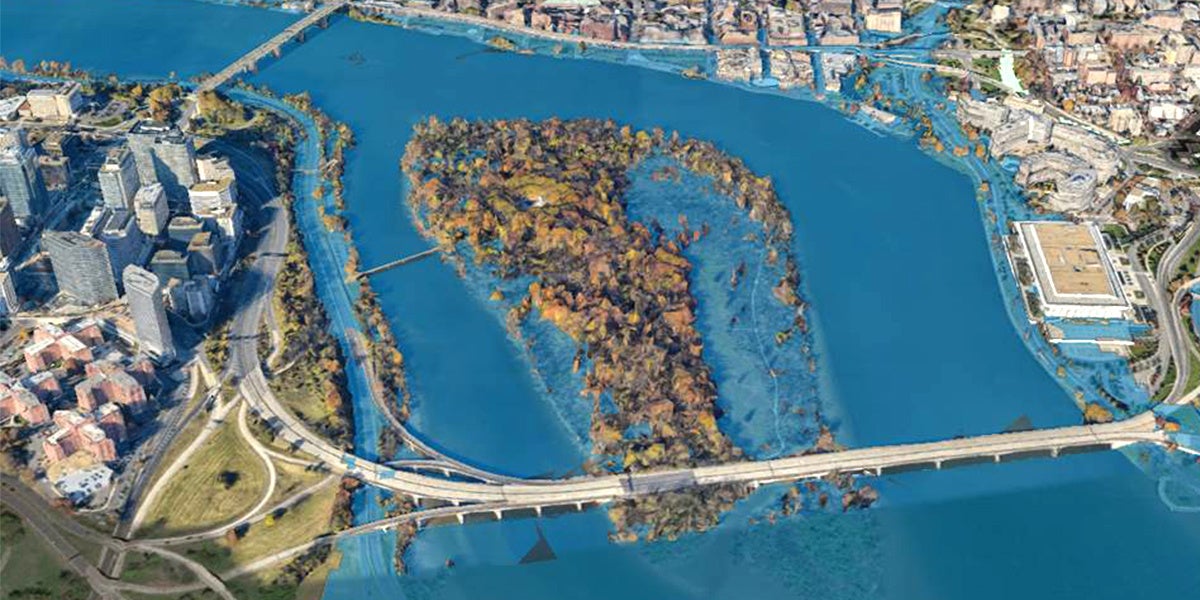 The report, published Friday without a press release or any social media activity from the parks department or Interior Secretary Ryan Zinke, shows estimates of sea level change for 118 coastal national park sites and estimates of storm surge for 79 of the sites.

The 87-page study, led by University of Colorado Boulder scientist Maria Caffrey, has been held up for at least 10 months, according to the Center for Investigative Reporting’s Reveal project.

Reveal obtained and analyzed 18 versions of the scientific report and found that on Feb. 6, a park service official removed the word “anthropogenic,” or mankind’s influence on nature, in five places. Three references to “human activities” causing climate change were also scrubbed.

Caffrey told Reveal that National Park Service officials pressured her to accept the changes or the report might be released in an edited form without her name on it.

However, following Reveal’s reporting and a call from Democrats for an investigation on the attempts at censorship, park service officials agreed to re-insert the terms.

“The fight probably destroyed my career with the [National Park Service] but it will be worth it if we can uphold the truth and ensure that scientific integrity of other scientists won’t be challenged so easily in the future,” Caffrey told Reveal.

The final version shows that all coastal parks will need to contend with both changing sea levels and the intensification of storms and associated storm surge, especially along the southeast coast, where it is facing more tropical storms and hurricanes. The Outer Banks of North Carolina is poised to experience the greatest amount of sea level rise over the next century, with the shoreline near Wright Brothers National Memorial projected to rise 2.7 feet by 2100.

An NPS spokesman told ABC News that the department was confident about the report’s accuracy and the final language of the document was a result of authors resolving conflicting edits.

“During multiple rounds of review, recommendations and suggested edits that focused the report on issues specific to national park units were offered for consideration by the author team. As often occurs, the author team experienced disagreements regarding the relative merits of incorporating some of the recommendations received before the report was finalized,” the spokesman said. “The scientists preparing this report were doing just that when working drafts of the report were published in the news media before the authors had completed their deliberations.”

As EcoWatch mentioned previously, the Interior Department, along with many other departments, are headed by Trump appointees who are hostile to climate science. Not long after Trump’s inauguration, references to climate change were removed from the White House website, among other alterations. The Environmental Data & Governance Initiative published a report in January detailing how “language about climate change has been systematically changed across multiple agencies and program websites,” the report found.

That same month, nearly all members of the National Park Service advisory panel abruptly quit in protest of the Trump administration’s policies, which they say have neglected science, climate change and environmental protections.