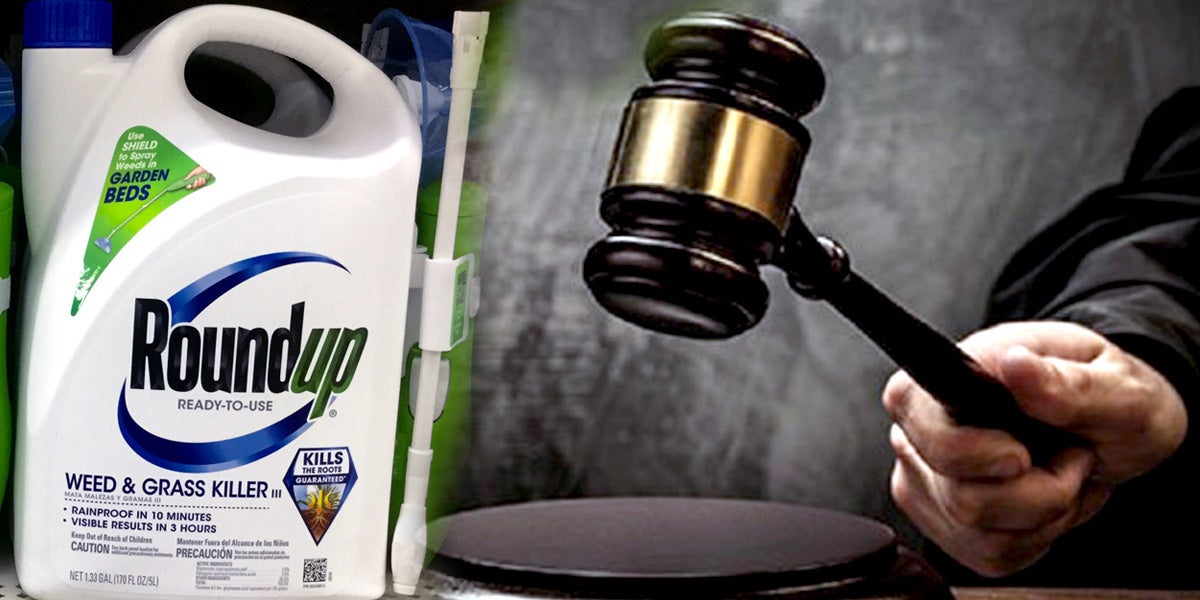 Monsanto has been slapped with another slew of cancer lawsuits over its most popular pesticide as the debate over the health risks of glyphosate rages on.

“We’re bringing the lawsuit to address the injuries that have been caused by Roundup and glyphosate to mainly farmers and farm workers, but we think that consumers and home gardeners have also been affected,” Robert F. Kennedy, Jr., a co-counsel in the lawsuit, told St. Louis Public Radio. 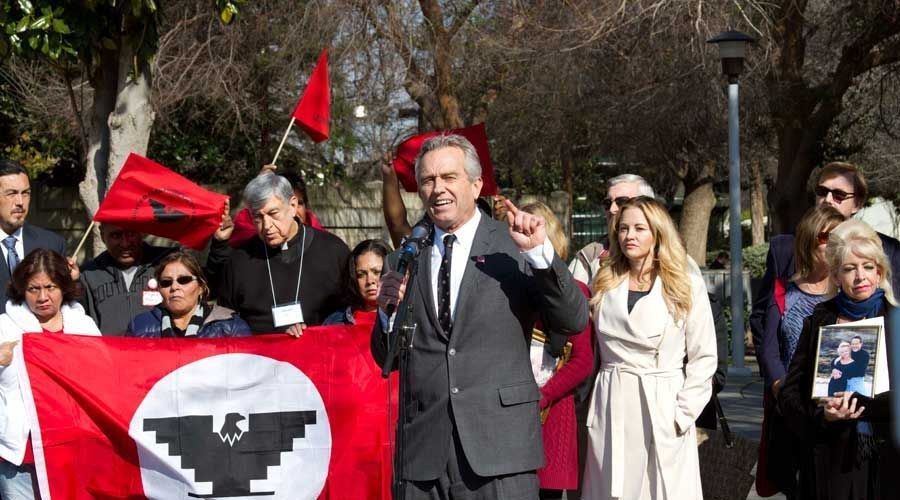 Robert F. Kennedy, Jr. at a press conference with Baum Hedlund clients outside of the courthouse in Fresno, California in January.Baum, Hedlund, Aristei & Goldman

The firm also filed another 40 cases in Alameda County, California, Superior Court, on Friday. The 40 individuals, all from California, allege that exposure to the herbicide caused them to develop non-Hodgkin lymphoma.

More than 700 Roundup cancer claims have now been filed in state and federal courts. Kennedy estimated that claims could increase to 3,000 in the next few months.

Monsanto, which is awaiting a
multi-billion dollar merger with Germany’s Bayer, is facing a spate of controversy this month over its flagship product.

First, California became the first U.S. state to
require the company to label Roundup as a possible carcinogen in accordance with the Safe Drinking Water and Toxic Enforcement Act of 1986, also known as Proposition 65.

Then last week, a federal judge in San Francisco unsealed documents suggesting that company employees had
ghostwritten scientific reports that U.S. regulators used to determine glyphosate does not cause cancer. Court files also indicated that Jess Rowland—a former senior official at the U.S. Environmental Protection Agency (EPA) who chaired a committee on cancer risk—worked with Monsanto to suppress reviews of glyphosate.

“One wonders about the perverse morality that incentivizes executives to lie so easily and to put profits before human life,” he added. “All humanity will benefit when a jury sees this scheme and gives this behemoth a new set of incentives.”

Glyphosate, the most heavily used weedkiller in agricultural history, is currently used in more than 160 countries. However, a number of environmental and human health risks have been associated with its rampant use.

“In addition to its potential cancer-causing properties, Roundup has been linked to a host of other
health issues such as ADHD, Alzheimer’s disease, kidney disease, liver disease, reproductive problems and birth defects, as well as environmental impacts, such as the record decline of monarch butterflies. A 2014 study conducted by the U.S. Geological Survey detected the presence of Roundup in 75 percent of air and rainfall test samples take from the Mississippi Delta, a fertile agricultural region.”

According to a press release from Baum, Hedlund, Aristei & Goldman, the lawsuits allege that Monsanto continues to proclaim to the world that Roundup creates no risks to human health or to the environment.

They also claim that Monsanto “championed falsified data and attacked legitimate studies that revealed Roundup’s dangers in order to prove that Roundup is safe for human use, while also ghostwriting studies and leading a prolonged campaign of misinformation to convince government agencies, farmers, and the general population that Roundup was safe.”

Monsanto’s glyphosate woes all started when the World Health Organization’s International Agency for Research (IARC) on Cancer concluded in 2015 that the chemical is a “probable carcinogen” to humans. Furthermore, the IARC said that the cancers most associated with glyphosate exposure are non-Hodgkin lymphoma and other hematopoietic cancers.

The biotech giant refutes the classification and insists that glyphosate is safe and does not cause cancer.

“We empathize with anyone facing cancer,” Monsanto spokesperson Charla Lord told St. Louis Public Radio via email. “We can also confidently say that glyphosate is not the cause. No regulatory agency in the world considers glyphosate a carcinogen.”

The IARC’s classification contrasts with findings from several international agencies including the EPA and the European Chemicals Agency, which
concluded earlier this month that glyphosate should not be classified as a cancer-causing substance.