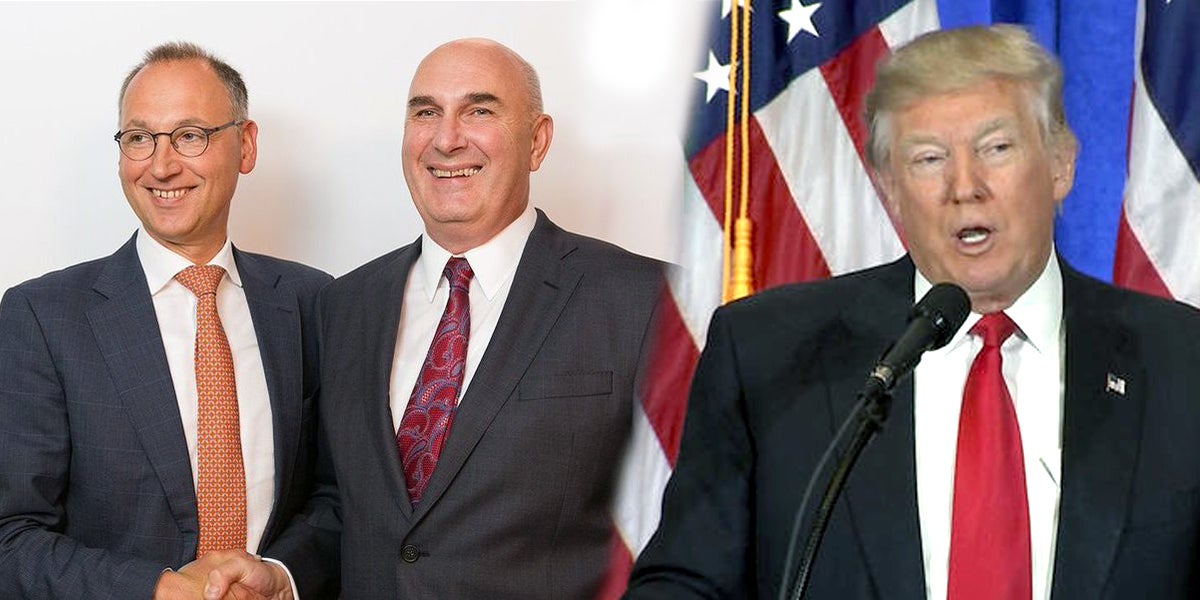 “It was a productive meeting about the future of agriculture and the need for innovation,” a Bayer spokesman told
Reuters.

The German chemical giant’s pending takeover of the U.S. seedmaker would form the largest seed and
pesticide company in the world. Consolidation of the two massive companies—not to mention the deals between DuPont and Dow Chemical Co, and ChemChina and Syngenta—will completely reshape the global seed and pesticide markets.

According to
FOX Business, Baumann and Grant told Trump that a successful merger would create or keep jobs in the U.S. It is currently unclear how Trump responded to their plans during the meeting.

“The CEOs are hoping that the prospect of additional U.S. jobs coming from the merger will be enough incentive for the incoming Trump administration to approve the acquisition,” FOX wrote.

The multibillion-dollar merger still needs regulatory approval in several markets including the U.S. and Europe, and has already been subject to U.S. state and federal antitrust investigations.

While the companies tout the proposed deal as an altruistic plan to feed a growing global population and improve “the lives of growers and people around the world,” critics are worried that a successful merger will lead to fewer choices and increased prices for farmers as well as a monopolization of the world food supply.

As it happens, Trump’s nominees will be leading antitrust enforcement at the Justice Department and the Federal Trade Commission. Trump has yet to name his nominee to head the U.S. Department of Agriculture (USDA).

Business analysts have said that the president-elect’s nominee for attorney general—Sen. Jeff Sessions, a pro-business conservative from Alabama—is good news for any pending mega-deals.

“Sessions’ likely nomination and confirmation by the Senate, in which he has served since 1997, is a market positive for merger and acquisition activity,” Terry Haines of the investment banking advisory firm Evercore ISI, wrote.

“Sessions as attorney general would shift immediately from the current mostly ‘red light’ Obama antitrust/competition policy and move towards one that would be friendlier to M&A activity,” Haines added.

But as The Wall Street Journal reports, several members of Trump’s agricultural advisory committee have spoken out against mega-mergers and have urged the president-elect to block them.

Iowa agribusiness mogul Bruce Rastetter, a member of that committee who has been shortlisted for the empty USDA spot, told The Journal he plans to raise his concerns about the mergers directly with Trump in the near future.

“Just six corporations already dominate worldwide seed and pesticide markets,” she said. “Additional consolidation will increase prices and further limit choices for farmers, while allowing Monsanto and friends to continue pushing a model of agriculture that has given us superweeds, superbugs and health-harming pesticides. Instead, we need to invest in agroecological, resilient and productive farming.”