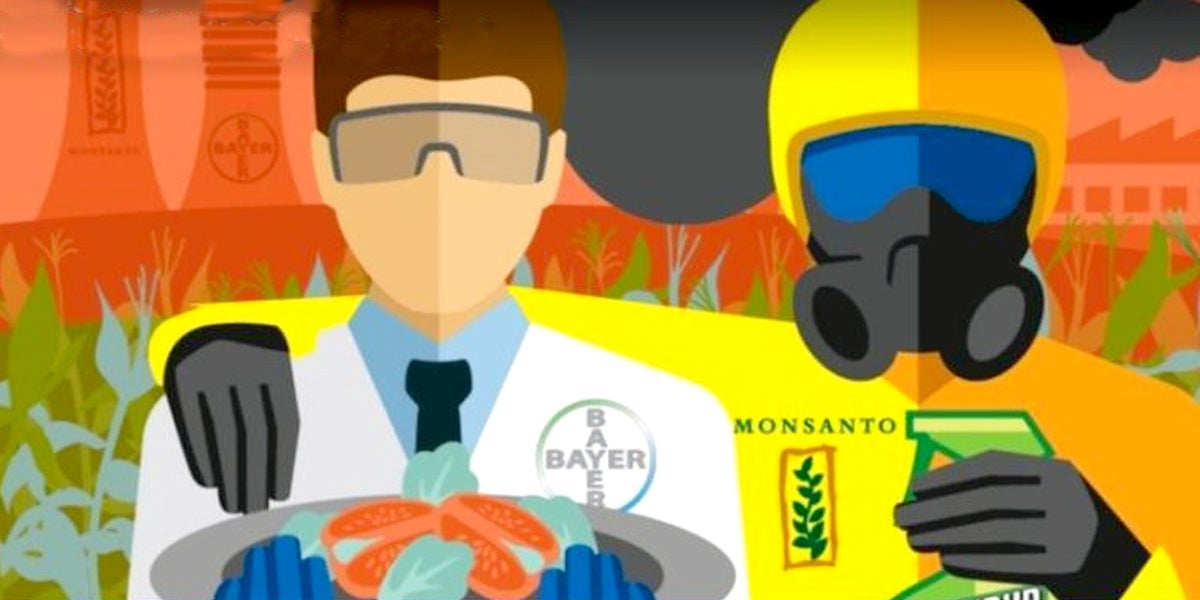 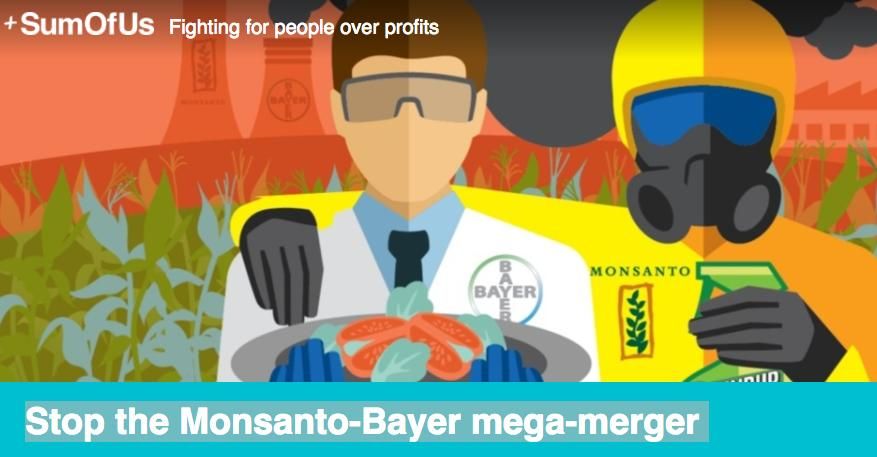 An online petition to EU Commissioner for Competition: Margrethe Vestager, and Head of the antitrust Authority in the U.S. Department of Justice to block the Bayer-Monsanto mega-mergerSumOfUs

Consolidation of these four already massive companies into two juggernauts—not to mention ChemChina’s $43 billion planned combination with chemical and seeds company Syngenta that cleared U.S. scrutiny in August—will completely reshape the global seed and pesticide markets. If the deals are approved, Dow Chemical and DuPont will create one of the largest chemical makers in the U.S, while Bayer and Monsanto will form the largest seed and pesticide company in the world.

Reuters reports that about seven states, including California, have joined the probe of Dow’s planned merger with DuPont that would create a $130 billion chemical behemoth. A separate group of state attorneys general have also joined the Bayer-Monsanto investigation. The states are reportedly concerned that companies will increase pesticide and herbicide prices for farmers, and will have less incentive to compete and introduce better and cheaper products.

Critics ask, who will hold these agri-tech giants accountable if the deals close? These mega-deals are especially daunting in a time when U.S. farmers are seeing their incomes falling from slumping crop prices.

According to Reuters, the state attorneys general will be able to supply information on how the mergers would affect their jurisdictions and conduct joint calls to gather data from the companies and its critics and supporters of the deals.

“The involvement of the state attorneys general increases scrutiny of the mega deals and will complicate what are already expected to be tough and lengthy reviews by U.S. antitrust enforcers,” Reuters wrote.

Consumer groups have also expressed fears that “farmers get paid less for their crops, more pesticides are used and there are fewer options for consumers at the grocery store,” as Wenonah Hauter, the executive director of Food & Water Watch, told EcoWatch after the announcement of Bayer’s $66 billion acquisition of Monsanto in September.

Monsanto and Bayer control the two top cotton seed brands in the U.S., respectively, the St. Louis Dispatch reported. That’s about 70 percent of all cotton acreage in the country.

“One of the worst things you could do is to link Liberty and Roundup in the same company,” Peter Carstensen, a law professor at the University of Wisconsin and leading agricultural antitrust expert, told the Dispatch. “There’s no incentive for somebody to develop a third alternative.”

DuPont and Dow told Reuters in separate statements they expected to win approval for their deal. Bayer said, it’s looking forward to “working diligently with regulators to ensure a successful close.” Monsanto did not comment.