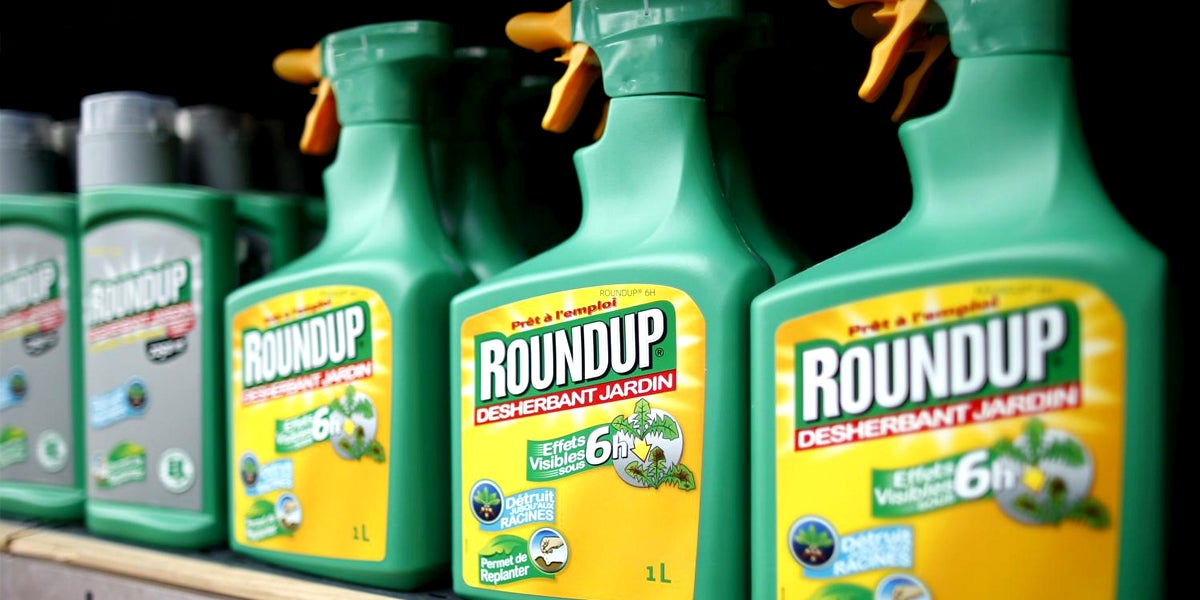 Monsanto suffered a major setback Tuesday when a federal judge in San Francisco unsealed documents that call into question the agrichemical giant’s research practices and the safety of its best-selling herbicide, Roundup, the world’s most-produced weedkiller. The documents counter industry-funded research that has long asserted Monsanto’s flagship product—used by home gardeners, public park gardeners and farmers and applied to hundreds of crops—is relatively safe.

The court documents included Monsanto’s internal emails and email traffic between the company and federal regulators. The records suggested that Monsanto had ghostwritten research that was later attributed to academics and indicated that a senior official at the Environmental Protection Agency had worked to quash a review of Roundup’s main ingredient, glyphosate, that was to have been conducted by the United States Department of Health and Human Services.

One of the documents unsealed by Judge Vince Chhabria was an email written by William F. Heydens, a Monsanto executive, giving his colleagues the green light to ghostwrite glyphosate research and then hire academics to put their names on the papers. He even cited an instance where the company had used this method in the past. “We would be keeping the cost down by us doing the writing and they would just edit & sign their names so to speak,” wrote Heydens.

The documents also indicate that within the U.S. Environmental Protection Agency (EPA), there was not only internal disagreement regarding the agency’s own safety assessment of Roundup, but also foul play. In one email from 2015, Dan Jenkins, a Monsanto executive, said that Jess Rowland, an EPA official who was heading the cancer risk evaluation of Roundup, referring to an agency review, had told him over the phone, “If I can kill this, I should get a medal.” The review never happened.

The revelations from the current court challenge, a combination of more than 55 lawsuits filed against Monsanto in the U.S. District Court for the Northern District of California—including individuals who claim to have developed non-Hodgkin’s lymphoma due to glyphosate exposure—adds significant weight to the mounting concerns about the widespread use of glyphosate, the main ingredient in Roundup. It also raises concerns about Monsanto’s questionable methods to ensure a light regulatory hand on its marketplace activities.

The litigation was set in motion following the determination by the International Agency for Research on Cancer (IARC), the World Health Organization’s cancer arm, in March 2015, that Monsanto’s controversial herbicide is “probably carcinogenic to humans.” In its finding, IARC noted that “case-control studies of occupational exposure in the USA, Canada and Sweden reported increased risks for non-Hodgkin lymphoma that persisted after adjustment for other pesticides.”

In addition to its potential cancer-causing properties, Roundup has been linked to a host of other health issues such as ADHD, Alzheimer’s disease, kidney disease, liver disease, reproductive problems and birth defects, as well as environmental impacts, such as the record decline of monarch butterflies. A 2014 study conducted by the U.S. Geological Survey detected the presence of Roundup in 75 percent of air and rainfall test samples take from the Mississippi Delta, a fertile agricultural region.

First approved for use in the 1970s, glyphosate is currently used in more than 160 countries. In California, farmers apply it to around 250 different crops. But as concerns have mounted, glyphosate bans have been passed by some nations, including El Salvador, Colombia, the Netherlands, Sri Lanka and France, whose ban was passed just months after the IARC determination.

Monsanto isn’t alone in its assertion that Roundup is safe. Some governmental agencies, including the EPA and the European Food Safety Agency, have disagreed with IARC’s conclusion that glyphosate is a probable carcinogen.

Though Monsanto may have found pro-industry allies within the EPA, the judiciary has proved to be a tough arena for the world’s largest seed company. The disclosure of the damning documents in San Francisco comes on the heels of a ruling Friday by Fresno County Superior Court Judge Kristi Kapetan that California’s EPA can now list glyphosate as a chemical “known to the state to cause cancer” in accordance with the Safe Drinking Water and Toxic Enforcement Act of 1986, more commonly known as Proposition 65. Kapetan’s decision gives the state the authority to require Monsanto to label Roundup a possible carcinogen. Monsanto’s attorney, Trenton Norris, argued that the warnings would hurt the company because it would dissuade some consumers from purchasing the product.

While Monsanto is on the defense in California, the collection of cases overseen by Judge Chhabria will soon have a global dimension, as he overruled Monsanto’s objection to the plaintiffs’ request to secure documents and depose a former Monsanto official from Europe. The New York Times reports that other Monsanto officials will be deposed in the coming weeks.

Chhabria also threatened Monsanto with sanctions if the company continues “overbroad” efforts to hide relevant documents from the public. “I have a problem with Monsanto, because … it is insisting that stuff be filed under seal that should not be filed under seal,” he said at the hearing. When documents are “relevant to the litigation, they shouldn’t be under seal, even … if Monsanto doesn’t like what they say.”

New court filings earlier this month focus on alleged collusion between Monsanto and the EPA. The basis for the allegation is a 2013 letter written by Marion Copley, in which the late EPA senior toxicologist asserts, “It is essentially certain that glyphosate causes cancer,” contradicting the agency’s 1991 ruling that the chemical is not a human carcinogen. In that letter, Copley also accused Rowland of unethical behavior: “For once in your life, listen to me and don’t play your political conniving games with the science to favor the registrants … For once do the right thing and don’t make decisions based on how it affects your bonus.”

The recent legal setbacks, which comprise hundreds of lawsuits across the U.S., have put Monsanto on its back foot, but the company remains steadfast in its claims that glyphosate is relatively safe and has vowed to continue its fight in the courts. Monsanto spokesman Samuel Murphey called California’s proposal to list the chemical under Proposition 65 “flawed and baseless,” claiming it violates both the state and U.S. Constitution. “Monsanto will continue to challenge this unfounded proposed ruling on the basis of science and the law,” Murphey said.

“Glyphosate is not a carcinogen,” Monsanto insisted in a statement. The company added, “The allegation that glyphosate can cause cancer in humans is inconsistent with decades of comprehensive safety reviews by the leading regulatory authorities around the world. The plaintiffs have submitted isolated documents that are taken out of context.” The company also rejected claims that the academic research it funds should be discredited.

For environmental, public health and corporate accountability advocates, the mounting legal pressure on Monsanto is welcome, but long overdue—and a bit surprising.

“Initially when these cases started to be filed, I was skeptical because Monsanto has such a strong track record of prevailing in court,” said Carey Gillam, a director of the consumer group U.S. Right to Know. “But the more information that comes out through discovery and new scientific research that’s emerging, the more it looks like the plaintiffs may have a case.”

While hundreds of cases against Monsanto have already been filed in state and federal courts, Tim Litzenburg, an attorney with the Miller Firm, a Virginia-based law office filing many of the cases, believes that the number will increase rapidly. “Six to eight weeks from now they could number in the thousands,” he told the St. Louis Post-Dispatch.

And though the science around glyphosate may not be settled in some regulatory agencies, sustained public debate about the chemical, as well as increased transparency in regard to its regulation, sale and marketing can only benefit consumers, farmers and wildlife. As John Barton, a farmer from Bakersfield, California, who believes Roundup caused his non-Hodgkin lymphoma, recently told the Fresno Bee, “I don’t want anyone to go through what I have gone through.”