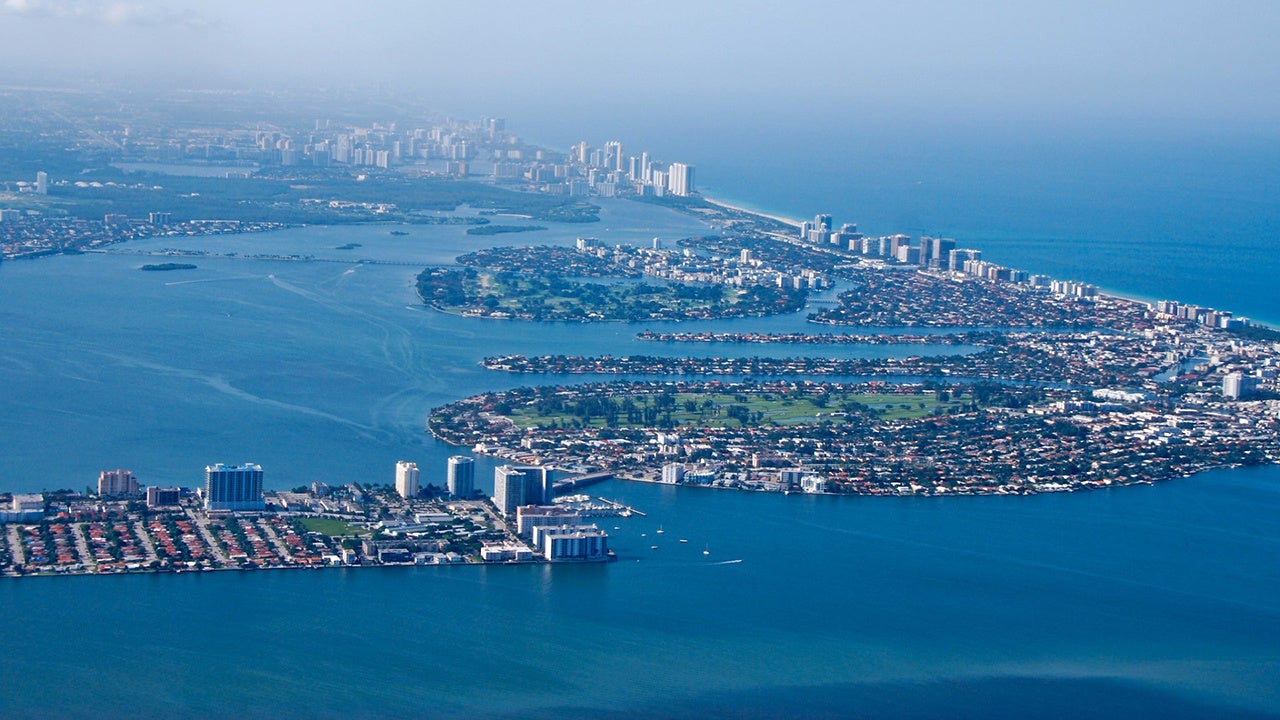 An aerial view of Miami, Florida. Ann Baekken / CC BY 2.0

With its white-sand beaches and glittery high-rises, Miami is still a vacation hotspot. But lapping at those shores is another reality. The city is also a “possible future Atlantis, and a metonymic stand-in for how the rest of the developed world might fail — or succeed — in the climate-changed future,” wrote Miami journalist Mario Alejandro Ariza in his forthcoming book, Disposable City: Miami’s Future on the Shores of Climate Catastrophe.

This may not be news to some. The city’s plight has been the subject of investigative reporting and even viral news stories after an octopus showed up in a parking garage following an especially high tide.

But Ariza takes a much deeper, more personal dive into the slowly unfolding disaster. Along the way he finds that the central question is whether South Florida — home to 6.5 million people — can equitably withstand what’s coming. To do so it will need to reckon with its past sins. “Miami is a damn beautiful city, and it rests on a sodden foundation of merciless racial and environmental exploitation,” he wrote.

The first step is figuring out how much sea-level rise there may be and when it’s coming — but even that isn’t easy, and there’s no one definitive number. The regional climate change compact predicts two to six feet of sea-level rise by the end of the century; a NASA scientist has said eight to 10 feet. 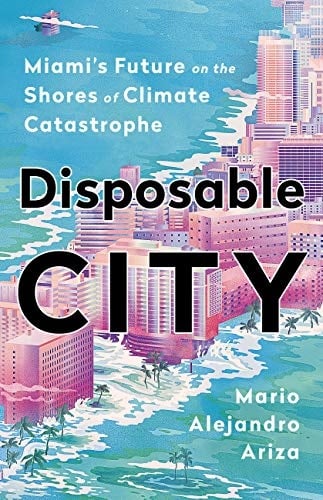 One thing is certain, though: 20 percent of Miami-Dade County sits less than two feet above the sea. And by some estimates, the water could get that high in just 40 years.

The time to determine what future Miami may have is now.

After detailing that grim if uncertain reality, Ariza takes a detailed journey through South Florida’s vulnerabilities, what actions the region is taking, and those it isn’t. The first-person narrative follows Ariza through smelly, flooded city streets; a rigorous paddle to assess the risks to local infrastructure by kayak; and a day traipsing through thick swamps with two veterans to capture invasive Burmese pythons slithering amok.

This drives home a few points: South Florida’s environmental problems aren’t limited to sea-level rise — although the rising water could make much of it worse.

The draining of swamps, altering of water courses and brazen development have taken a mighty ecological toll. The Everglades are dying, and restoration efforts are painfully slow. The Miami River is choked by nutrient pollution — from leaking septic systems and fertilizer runoff — that’s killing seagrasses, a keystone species of shallow marine ecosystems, and an important buffer against storms.

Environmental collapse is just part of the problem, though. There’s also economic distress.

“If you expect to survive into the middle of the 21st century, you might just get to watch Miami die,” Ariza wrote. “But not before the changing climate stretches the city’s already yawning gap between rich and poor past its breaking point.”

Miami-Dade is a majority-minority county with half its residents foreign-born. It also has an enormous wealth gap, with 6 in 10 residents spending more than one-third of their income on housing. And most of those who are struggling to make ends meet are black and Hispanic service-sector workers, Ariza explains.

It’s precisely those communities with the fewest resources that will be hardest hit by stronger storms, hotter temperatures and rising tides. These inequities “are as dangerous as the city’s low-lying topography and porous geology,” he wrote.

Already a kind of climate gentrification is underway. 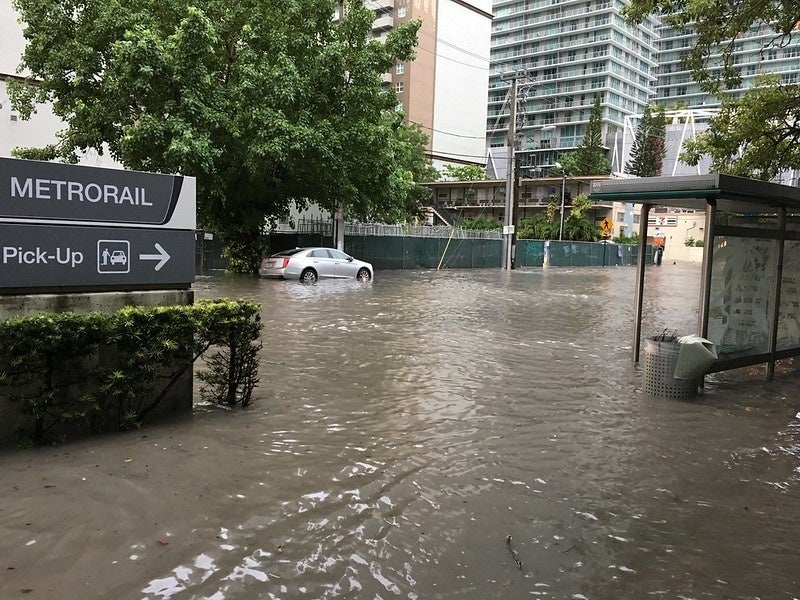 Flooding in Miami’s Brickell neighborhood in 2017. Phillip Pessar / CC BY 2.0

Ariza explains how decades of racist policies and real-estate practices have pushed communities of color away from the beach and the newly emerging suburbs. They ended up sandwiched in between, in an area of high ground that now looks enticing to developers.

This new pressure is increasing gentrification in communities already barely surviving. It’s liable to get worse, too, Ariza explains. Between – billion worth of property may be underwater in 30 years. The market has yet to broadly reflect that, but developers are building on borrowed time, even as the lower-income communities are already feeling the pinch.

“Everything we know about climate change indicates that it pulls at society’s loose ends,” said Ariza. These cracks in vulnerability could become chasms if the right policies aren’t enacted as the city works to mitigate and adapt.

By the end of Disposable City, it’s likely readers won’t be wildly optimistic about Miami’s chances. But they will be armed with a deeper view of what’s at stake and the complexities of trying to solve an environmental and social challenge of this magnitude. Even if the city itself does everything right, it still needs the state of Florida to embrace climate reality and the rest of the world to meet science-based targets for greenhouse gas reductions. Efforts are underway, including a newly released draft plan from the Army Corps of Engineers to spend .6 billion on sea walls and other projects to protect businesses and homes from storm surges. But much more will be needed.

In Miami these next decades will be fight or flight. Or a combination of both. And he muses on what that would look like. And feel like. Ariza himself is an immigrant, having come to Miami from the Dominican Republic as a kid. He already carries the grief of having left a homeland — a feeling that half the city’s population also knows intimately.

“Now we have to face the fact that climate change may well force us to scatter again,” he wrote.

The end of the book turns from this hard reality to a future vision as Ariza shifts to a fictional envisioning. No spoilers, but it’s safe to say Miami in 2100 will be a changed place. And that’s at least one thing we know for sure about this warming world — it is a changing one.

Ariza’s deep dive into Miami is an intricate look at his vulnerable city, but it’s likely to get readers thinking about their own. What will your hometown look like in 80 years? What do you want it to look like? What will you do to make that hope a reality?