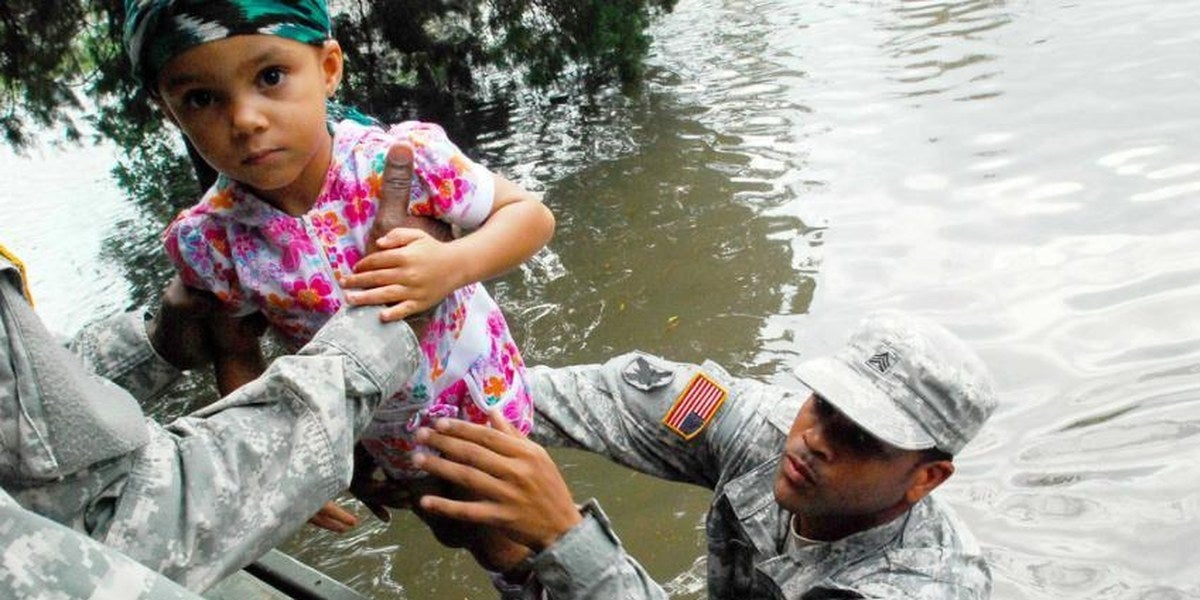 Louisiana—which faces faster levels of
sea-level rise than any other land on Earth—could lose as many as 2,800 square miles of its coast over the next 40 years and about 27,000 buildings will need to be flood-proofed, elevated or bought out, the New Orleans Advocate reported.

These dire predictions were pulled from a new rewrite of the state’s Coastal Master Plan for 2017 released Tuesday by the Louisiana Coastal Protection and Restoration Authority.

The new plan, which is now out for public review and must be voted up or down by the Legislature, calls for
120 new projects, including a $6 billion proposal to protect or vacate properties in areas that are at risk of experiencing a 100-year storm. The plan also aims to restore 800 to 1,200 square miles of wetlands and build new levees and flood walls to protect against hurricane storm surges. 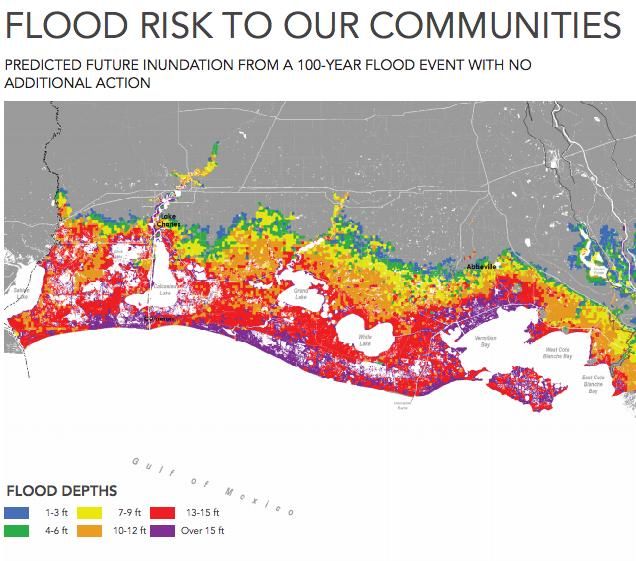 The plan was authored by state coastal scientists and engineers and several federal agencies. Stakeholders from the shipping and fishing industries also provided input.

The most significant details are the grim edits made to the 2012 plan. As the Advocate detailed, “the worst-case scenario for human-caused sea-level rise in the 2012 plan, 1.48 feet, has become the best-case scenario in the 2017 edition. In fact, the
National Climate Assessment now estimates sea levels on U.S. coastlines could rise 4 feet by 2100.”

Not only that, “the new worst-case scenario projects that 4,000 square miles of the coast would be lost if the state stops all efforts to restore its coastal landscape. That’s double the loss projected in the same scenario in the 2012 plan,” the Advocate explained.

The plan’s original investment was $50 billion, but an evaluation from Tulane University determined that its actual inflation-adjusted cost is now around
$92 billion.

The report does not shy away from pointing fingers at natural disasters and human-caused climate change that have contributed to the state’s alarming coastal erosion.

“Between 1932 and 2010, Louisiana’s coast lost more than 1,800 square miles of land. From 2004 through 2008 alone, more than 300 square miles of marshland were lost to Hurricanes Katrina, Rita, Gustav, and Ike,” the report states. “The culprits to this land loss include the effects of climate change, sea level rise, subsidence, hurricanes, storm surges, flooding, disconnecting the Mississippi River from coastal marshes, and human impacts.”

Earlier reports have described how Louisiana’s wetlands are disappearing at a rate of approximately one football field every hour and coastal communities are already washing into the Gulf of Mexico.

In June, reports emerged of the first American climate refugees. Residents from a Louisiana island called Isle de Jean Charles were forced off the land they have lived on for generations due to encroaching water. The island, which used to be the size of Manhattan, has lost 98 percent of its land over the last 60 years.

Additionally,
NPR reported on Wednesday that it’s not just land that’s being swallowed up by the Gulf of Mexico, but also important ancient archaeological sites dating 300 to 500 years back.