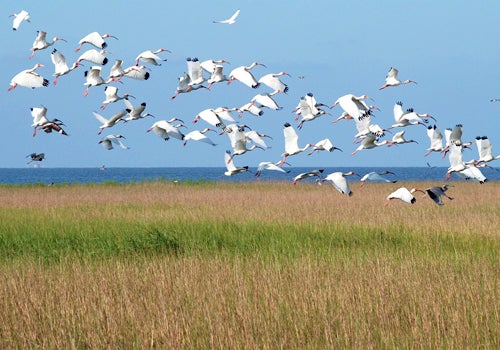 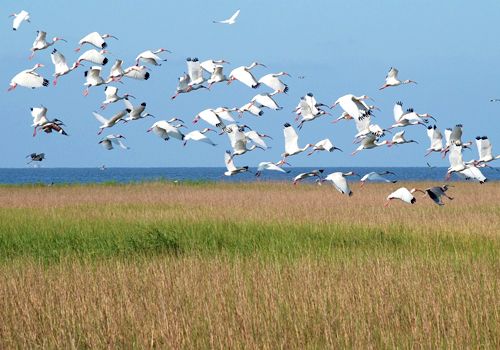 Local and national conservation groups praised the state legislature today for unanimously approving the 2012 Louisiana Coastal Master Plan, a 50-year blueprint for restoring Louisiana’s rapidly disappearing coastal wetlands and protecting the state’s natural resources and communities. The groups also commended the state’s Coastal Protection and Restoration Authority for drafting the plan to reflect a comprehensive, science-based vision that realistically addresses the range of possibilities for restoring and protecting the coast.

“The 2012 Coastal Master Plan illustrates the type of bold, decisive action needed to build a more secure future for coastal Louisiana’s communities, industries and wildlife,” said a joint statement by Coalition to Restore Coastal Louisiana, Environmental Defense Fund, Lake Pontchartrain Basin Foundation, National Audubon Society and National Wildlife Federation. “We must restore the Mississippi River’s ability to build and sustain our wetlands and barrier islands, which provide us with critical natural resources and a first line of defense against hurricanes.”

“As we applaud the state Legislature for its leadership and commitment to restoration, we must also now begin the difficult task of funding critical elements of the plan,” the groups continued. “The $50 billion necessary to achieve the state’s vision of restoration is far from guaranteed, but it is vital for securing our future. Now more than ever, Louisiana is truly unified in addressing the coastal issues moving forward. Now it is time for Congress to pass the RESTORE Act, so that we can work toward not just recovery from the oil spill but also long-term coastal resiliency.”

The RESTORE Act, currently making its way through Congress, would dedicate 80 percent of Clean Water Act penalties from the gulf oil disaster toward Gulf Coast environmental and economic restoration. These funds could be used to jump start the development of restoration projects in the Coastal Master Plan, which is expected to cost $50 billion over the next fifty years.

The suite of projects outlined in the plan has received widespread support from a diverse array of coastal advocates, stakeholders, parish officials and communities. Additionally, a recent poll conducted by Baton Rouge-based Southern Media & Opinion Research revealed that an overwhelming majority of Louisiana voters recognizes the value of our wetlands, natural resources and coastal infrastructure to the state’s future.