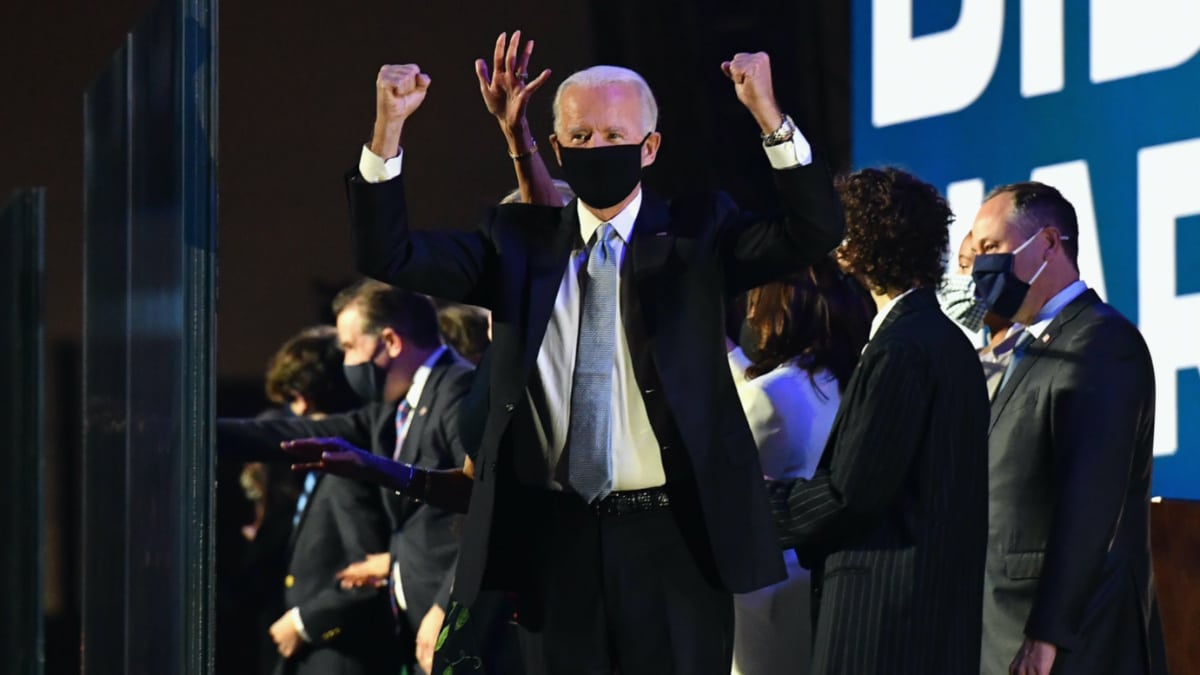 If President-elect Joe Biden follows through on his plan to combat the climate crisis, it could put the world “within striking distance” of meeting the Paris agreement goal of limiting global warming to 1.5 degrees Celsius above pre-industrial levels.

That’s according to new analysis from Climate Action Tracker (CAT), an independent scientific analysis of how national climate policies stack up against the Paris agreement goals. The analysis found that Biden’s stated goal of achieving net zero emissions by 2050 would reduce carbon dioxide emissions by around 75 gigatons between 2020 and 2050 and lower projected end-of-century warming by 0.1 degree Celsius. Building on recent net-zero commitments from the EU, China, Korea and Japan, a Biden presidency could help put the 1.5 degrees Celsius goal within reach.

“This could be an historic tipping point: with Biden’s election China, the USA, EU, Japan South Korea — two thirds of the world economy and over 50% of global GHG emissions — would have net-zero greenhouse gas emissions by mid-century commitments,” Bill Hare of CAT partner organization Climate Analytics said. “These commitments are very close, if not within, 1.5 degrees C-consistent pathways for this set of countries and for the first time ever puts the Paris Agreement’s 1.5 degrees C limit within striking distance.”

The 2015 Paris agreement set a goal to limit global warming well below two degrees Celsius above pre-industrial levels and ideally limiting it to 1.5 degrees. However, a 2018 Intergovernmental Panel on Climate Change report found there was a big difference between 1.5 and two degrees of warming. Preventing that extra half a degree could save hundreds of millions of people from poverty and climate risk, forestall an extra four inches of sea level rise and limit tropical reef die-off to 70 to 90 percent instead of 99 percent.

“Taken together, the U.S. and China going to net zero emissions would reduce our estimate of end-of-century warming to 2.3-2.4 degrees C, taking the world 25-40 percent of the way towards limiting warming to the Paris Agreement’s 1.5 degrees C limit,” Niklas Höhne of CAT partner NewClimate Institute said.

However, Biden’s proposal will face opposition from the Republican party, The Guardian reported. And it is still unclear which party will take a majority in the Senate. Any of his policies that are challenged legally would be decided by a conservative Supreme Court.

CAT pointed out that Biden could still implement some policies by executive order and that the “We’re Still In” coalition of states and cities would continue to pursue climate action. Furthermore, U.S. action could make a difference on the international stage, The Guardian reported.

The U.S. has the world’s largest economy and is the second largest emitter of greenhouse gas emissions. Biden has pledged to rejoin the Paris agreement and encourage other countries to up their ambitions.

“It is the U.S. driving the world in this direction that will be most important,” Obama U.S. special envoy for climate change Todd Stern told The Guardian. “If you have got the U.S., the EU, China working together you can expand to the whole world. It is not just about the U.S.’s domestic emissions, but the U.S. position as a world leader.”

CAT noted that if the U.S. does make a net zero commitment, it would mean that 127 countries covering 63 percent of emissions had made similar pledges.

“What can other countries now do other than follow this overwhelming trend to net zero greenhouse gas emissions?” Höhne said.