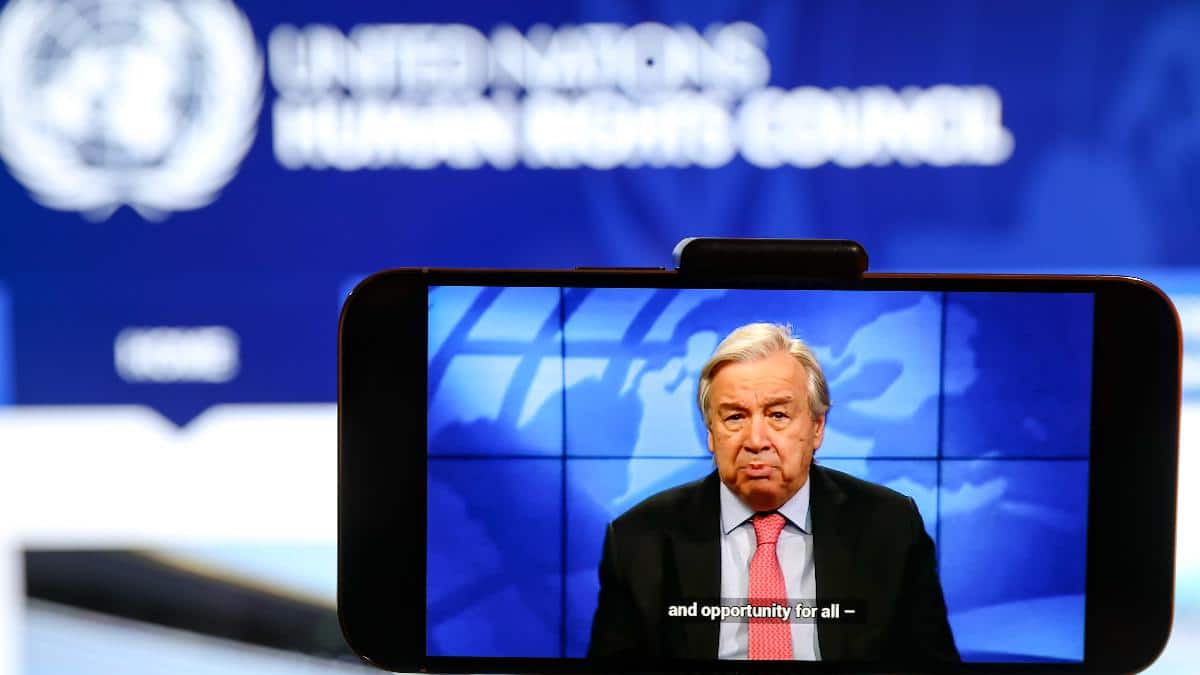 “Today’s interim report from the UNFCCC is a red alert for our planet,” said UN Secretary General Antonio Guterres.

The report, released Friday, looks at the national climate efforts of 75 states that have already submitted their updated “nationally determined contributions,” or NDCs. The countries included in the report are responsible for about 30% of the world’s global greenhouse gas emissions.

While most have increased their individual climate efforts, only two of the worst emitters, including the UK and the EU, have stepped up their goals considerably. And the member states’ plans to tackle the climate crisis “are very far from putting us on a pathway that will meet our Paris Agreement goals,” said Patricia Espinosa, executive secretary of UN Climate Change.

The individual contributions submitted to date would only cut about 1% of global greenhouse gas emissions — a far cry from the 45% cut needed by 2030 to meet the 1.5 degree goal, according to the Intergovernmental Panel on Climate Change (IPCC).

In 2015, 195 countries and the European Union had agreed to reduce greenhouse gas emissions and limit global heating way below an increase of 2 degrees Celsius.

UN Chief Guterres urged major emitters to “step up with much more ambitious emissions reductions targets for 2030” well before the next UN Climate Conference, slated for Glasgow in November.

The interim report also stressed that poor countries were banking on the funds pledged under the Paris agreement to protect forests and other ecosystems, to carry out climate measures.

Nations Need to Improve Their Targets

The UN’s interim report, which looked at the NDCs available as of December, provides a snapshot ahead of the COP 26 climate conference in November. The remaining 122 signatory countries have yet to define their updated contributions, including the biggest emitters of greenhouse gases: China and the U.S. 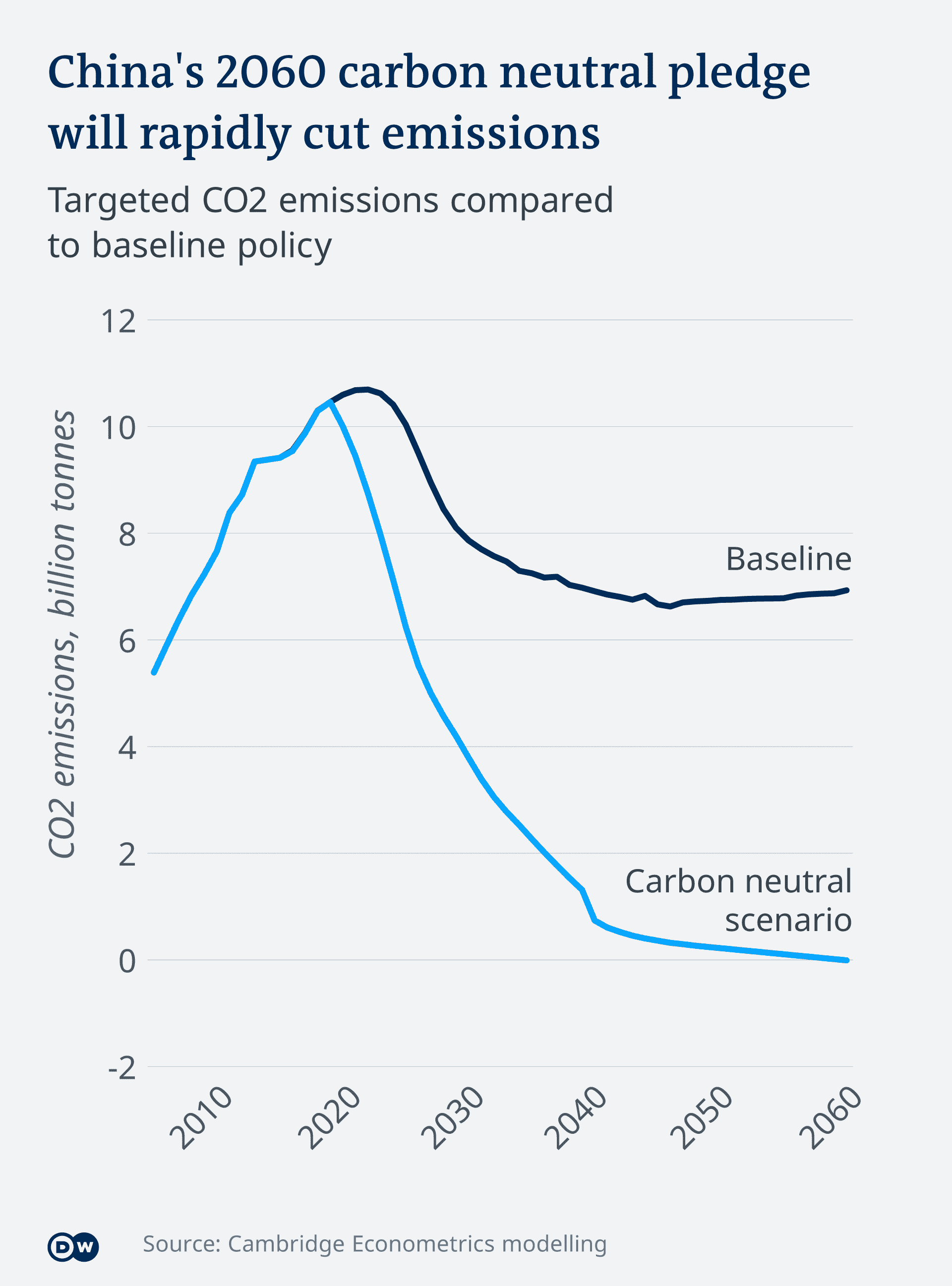 The Paris agreement is a voluntary process and leaves it up to national governments to decide how they want to achieve their self-imposed targets. There is no provision for sanctions or punitive mechanisms against countries that fail to meet their climate targets.

Will the U.S. Take the Lead on Climate Change?

Many hope that the U.S. rejoining the Paris agreement will provide a much-needed boost to international climate ambitions. U.S. special envoy for climate John Kerry has already announced that the U.S. will present “very aggressive, strong NDCs” ahead of the special climate summit in Washington on April 22.

The U.S. under the Biden administration also wants to expand its climate diplomacy to include China in particular, currently the largest emitter. China has already announced plans to increase its national targets this year.

Other major emitters, such as Russia and Brazil, have so far shown little ambition to commit to more. Former head of the UN Climate Secretariat, Christiana Figueres, was optimistic nonetheless that “many large emitters such as the U.S., China, Japan and others” would submit ambitious plans, because it was “in their own competitive interests to reach 50% emissions reductions by 2030.”

Together with Canada, the U.S. is also considering slapping higher import duties on countries that are not doing enough to save the climate. However, it is unclear whether such sanctions are compatible with the rules of the World Trade Organization (WTO).

UN Climate Change Chief Patricia Espinosa pointed out that the last 10 years had been the hottest decade in human history. The record rise in temperatures, for example in the Arctic winter and northern Siberia, and dramatic winter weather slamming the traditionally mild southern U.S., were being amplified by the now measurably slowing Gulf Stream in the Atlantic — something that could be irreversible.

“It’s time for all remaining Parties to step up, fulfill what they promised to do under the Paris Agreement and submit their NDCs as soon as possible,” Espinosa said, adding “if this task was urgent before, it’s crucial now.”

And with the world focused largely on the coronavirus crisis, Espinosa stressed that any economic measures to offset the pandemic needed to take the climate crisis into account.

According to Espinosa, this is precisely why it is so important to tackle the global crises — such as COVID-19, the climate crisis, and the dramatic loss of biodiversity — as a whole.

“As we rebuild, we cannot revert to the old normal. The NDCs must reflect this reality and major emitters, especially G20 nations, must lead the way,” she said.

The expanded final report, which will include all national climate contributions, will be released shortly before the UN climate conference in November. COP 26 President Alok Sharma urged all member states to “recognize that the window for action to safeguard our planet is closing fast.”