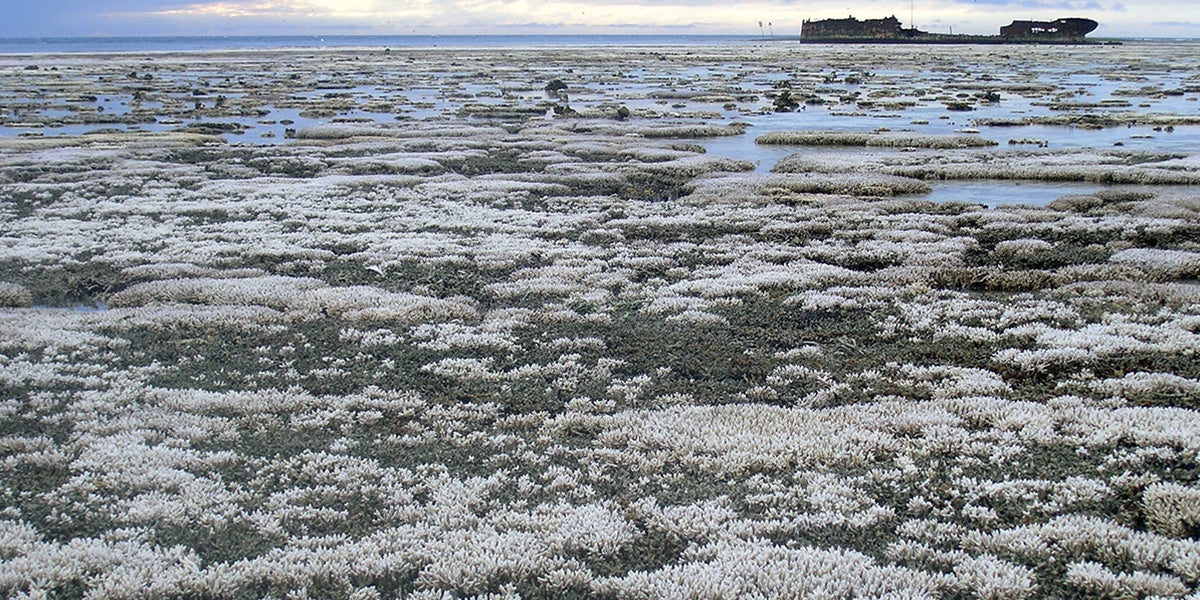 In a sobering reminder of the impact of climate change on marine biodiversity, a survey by the Japanese government found that barely more than one percent of the coral in the country’s largest coral reef is healthy, AFP reported Friday.

The reef, located in the Sekisei Lagoon near Okinawa, has suffered mass coral bleaching events due to rising sea temperatures in 1998, 2001, 2007 and 2016.

“If coral reefs don’t recover, it means a loss of rich fauna for a variety of creatures and would have grave impact on the ecosystem in the region,” Japan Environment Ministry official Chihiro Kondo told AFP.

While coral reefs only account for one percent of the ocean, they are home for 25 percent of marine life, according to AFP.

The reef is also important for tourism and local fisherman.

“Damage on this scale will have long-term economic and social repercussions,” University of the Ryukyus in Okinawa professor and coral expert James Reimer told the Huffington Post in an article about the 2016 bleaching event.

Ministry officials analyzed information and satellite images from 1,000 monitoring sites in the 67.89 square kilometer (approximately 26.21 square mile) lagoon and found that only 1.4 percent of its corals were healthy.

Surveys of nearby reefs in lagoons near the Ishigaki and Iriomote islets turned up similar results.

This was the first detailed satellite survey of the reef since 2008, at which point only 0.8 percent of it was healthy. In 1991, 14.6 percent was healthy.

“But the latest study shows that corals haven’t recovered much since 2008, presumably partly because of the 2016 bleach,” Kondo told AFP.

The 2016 bleaching event was the worst in the reef’s recorded history, the Huffington Post reported. A December 2016 survey found that 70 percent of the reef’s coral had died and 90 percent were partly bleached after ocean temperatures were one to two degrees Celsius higher than average that summer.

Scientists say it takes about 10 to 20 years for fast-growing corals to recover from a bleaching event and hundreds of years for older, larger specimens.

“In contrast, we have now had three severe bleaching events causing mass coral mortality in the Ryukyu Islands since 1998. With the oceans warming as rapidly as they are, I doubt there will be time for them to recover before the next bleaching event,” National Oceanic and Atmospheric Administration (NOAA) coral reef watch coordinator Mark Eakin told the Huffington Post.

Overall, the reef has lost 80 percent of its volume since the 1980s due to both rising temperatures and a coral-eating starfish, AFP reported.

Japan’s reefs aren’t the only ones in danger. 2016 was a deadly year for coral worldwide, impacting 94 percent of the reefs surveyed in the Great Barrier Reef.

A 2011 NOAA study warned that all the world’s reefs could die off by 2050 without immediate action due to bleaching, ocean acidification and other human activities like fishing, agriculture and coastal development.