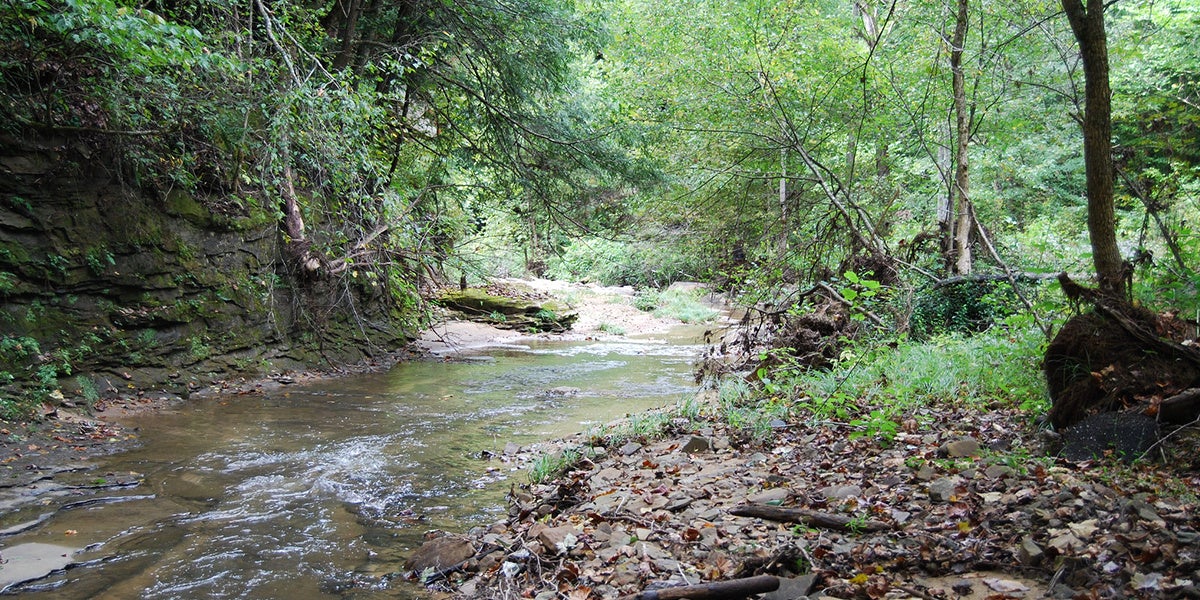 A citizen-led group in Nebraska is fighting Costco’s plan to build a huge chicken factory farm operation that residents in nearby cities say would pollute their drinking water.

Residents of Devils Lake, North Dakota, along with members of the Spirit Lake Nation Tribe are battling plans to build a hog CAFO in a neighboring community. They say the operation would pollute Devils Lake and area wetlands.

On the east coast, industrial dairy operations have all but ruined Vermont’s lakes and rivers. One of the biggest offenders? Unilever-owned Ben & Jerry’s.

In North Carolina, industrial hog operations foul the state’s waterways with 10 billion gallons of feces and urine each year.

Whether it’s the animal waste and antibiotics from livestock operations, or the nitrates and pesticides from GMO corn and soy grown to feed the millions of confined animals, from sea to shining sea, industrial agribusiness, led by multi-billion dollar corporations like Tyson, is destroying our most precious natural resource—water.

State and federal regulators by and large use their power to protect corporate profits, not public health.

That leaves citizens to battle it out in the courts. But now some members of Congress want to eliminate even that last resort.

This year’s theme, “Nature for Water,” focuses on nature-based solutions for how to better manage the world’s water.

According to the UN, agriculture uses 70 percent of the world’s available freshwater, including for crop irrigation and livestock production.

Water pollution from agriculture has direct negative impacts on human health; for example, the well-known blue-baby syndrome in which high levels of nitrates in water can cause methaemoglobinemia—a potentially fatal illness—in infants. Pesticide accumulation in water and the food chain, with demonstrated ill effects on humans, led to the widespread banning of certain broad-spectrum and persistent pesticides (such as DDT and many organophosphates), but some such pesticides are still used in poorer countries, causing acute and likely chronic health effects. Aquatic ecosystems are also affected by agricultural pollution; for example, eutrophication caused by the accumulation of nutrients in lakes and coastal waters has impacts on biodiversity and fisheries.

The report also states that in the last 20 years, a new class of agricultural pollutants has emerged in the form of veterinary medicines (antibiotics, vaccines and growth promoters [hormones]), which move from farms through water to ecosystems and drinking-water sources.

The upshot? Agriculture is the biggest user, and one of the biggest polluters, of the world’s water.

No Help From the Feds

Given agriculture’s role in destroying our most precious natural resource, you’d think the U.S. Congress would do everything in its power to protect your water.

Instead, it’s moving in the opposite direction.

In 2015, Congress passed the Waters of the United States (WOTUS) rule, in an attempt to bring more clarity to the Clean Water Act. Specifically, the rule was intended to protect U.S. waterways from polluters, including agricultural operations, which have historically enjoyed a high level of exemptions under the Clean Water Act.

Enter the Trump administration, which has asked the U.S. Environmental Protection Agency and the Army Corps of Engineers to “revisit” WOTUS, which according to the Washington Post, Trump described as “paving the way for the elimination of this very destructive and horrible rule.”

So much for regulatory relief.

But even before Trump attacked WOTUS, some members of Congress began looking for additional ways to protect agribusiness profits—by making it impossible for citizens to sue companies that destroy their drinking water.

Last year, Rep. Dan Newhouse (R-Wash.) introduced a bill (H.R. 848, the Farm Regulatory Certainty Act), to strip citizens’ ability to file lawsuits under the Resource Conservation and Recovery Act (RCRA) against factory farms that have polluted their drinking water. If passed, the bill would leave rural Americans with no recourse if their drinking water is polluted by mismanagement of livestock waste on a factory farm.

No surprise that Newhouse would lead this charge. It was in his state that citizens successfully used RCRA to go after factory farm dairies that had made their water too polluted to even bathe in, much less drink. After a 15-year struggle, the courts finally forced companies to clean up their acts, and also provide hundreds of families with drinking water until their wells could be restored.

If Newhouse and his co-sponsors in the U.S. House get their way, dairy farm manure would be exempt from any regulations, and lawsuits like the one filed by Washington state citizens would be banned.

Back to World Water Day.

We like the “nature-based” solutions for cleaning up the world’s water because it leads us away from the dominant corporate agribusiness model, to the regenerative organic model—a model that works with nature to build healthy soil that retains more water, and uses practices that don’t include synthetic chemicals and a host of dangerous chemicals like glyphosate, 2,4-D, atrazine, chlorpyrifos and others.

The corporate industrial ag empire will tell us it can’t be done. But as consumers, concerned citizens, ethical business owners, independent farmers and countless others will ultimately prove, it can.

What can you do? To help speed the transition to an agriculture model that heals our waterways, rather than exploit and pollute them?

Here are a few concrete steps you can take.