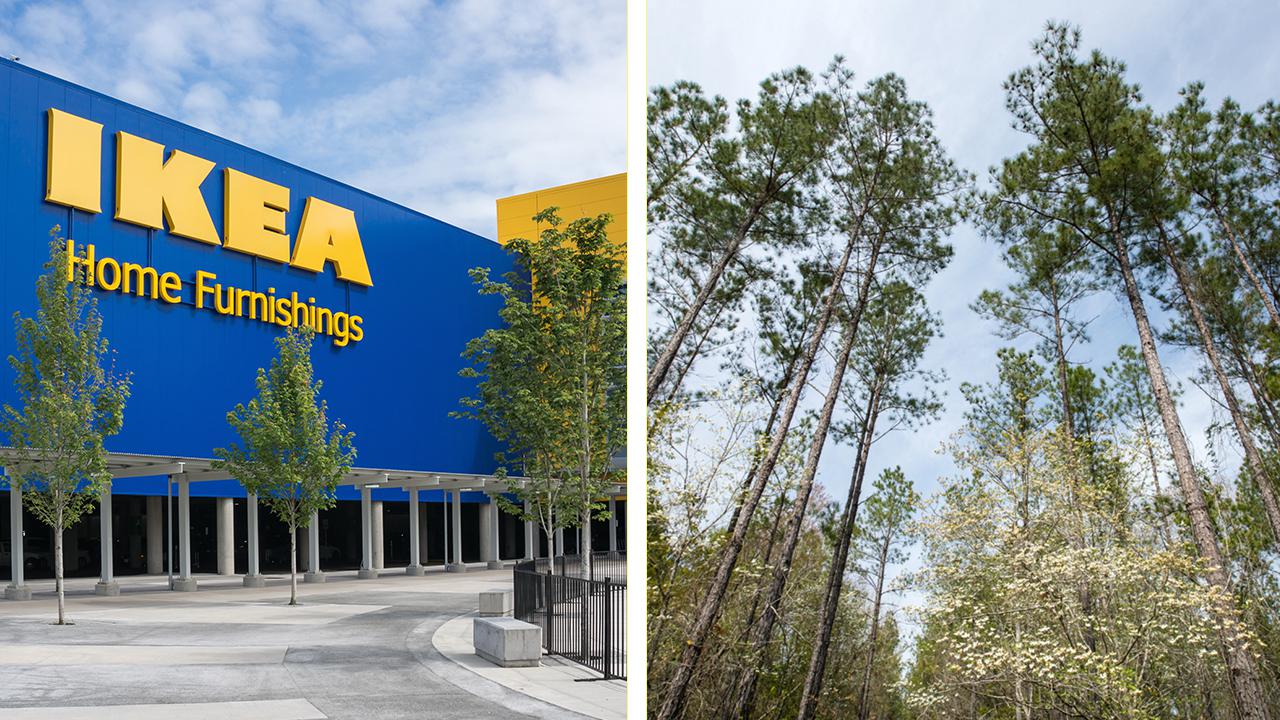 When you think of wooden furniture, you probably think of forest destruction, not conservation.

But furniture giant IKEA is trying to reverse that assumption. The Ingka Group, the franchise’s largest owner, just bought 10,840 acres of forest in southeast Georgia, Reuters reported. The purchase comes with legally-binding commitments to restore native trees and protect habitat for a unique species of tortoise.

“The acquisition strengthens Ingka Group’s commitment to responsible forest management, as conservation measures are fully included in the forest management plans,” the group wrote in a Jan. 14 press release announcing the deal.

Ingka bought the land from the Conservation Fund. This is a group that works to preserve working forests that would otherwise be fragmented and sold off in parcels, Fast Company explained. The organization buys forest land and puts in place requirements that it be kept intact, that native species be restored and preserved and that the public have access to hike on the land. Then it resells the forests to owners who promise to abide by these requirements.

In the case of the Georgia forest, the press release explained, the Ingka Group has legally pledged to restore longleaf pine forest and protect habitat for the gopher tortoise, the only species of land tortoise native to the southeastern U.S., according to the U.S. Department of Agriculture.

“We are honored to work with Ingka Group and applaud its dedication to preserve and enhance forest quality in the U.S. and Europe,” Conservation Fund President and CEO Larry Selzer said in the press release. “Well-managed forests provide essential benefits, including clean water and important wildlife habitat, as well as mitigating climate change.”

The purchase of the Georgia forest is part of IKEA’s wider goal to be climate positive by 2030, Fast Company explained. This means the company will draw down more carbon dioxide than it emits.

An Ingka spokesperson told Fast Company that “no significant amount” of its U.S. forest holdings go towards making IKEA furniture. The group works to ensure that tree growth in its forests exceeds harvesting every year.

“We are committed to managing our forests sustainably while at the same time meeting our business objectives. In all our properties, we pay special attention to ensuring environmental protection, so we are happy to see that our efforts in working with responsible forest management are being seen and trusted,” Krister Mattsson, the managing director of Ingka Investments, said in the press release.

Also this month, IKEA announced that it had reached a goal of ensuring that 98 percent of its wood was either recycled or came from sources certified by the Forest Stewardship Council as being responsibly managed. The company launched a new Forest Positive Agenda for 2030 that includes commitments to making sure one-third of its wood is recycled and promote responsible forest management beyond its own supply chains.

By working together with our suppliers and partners, we reached our 2020 forestry goal – more than 98% of the wood used in IKEA products is now FSC® certified or recycled. Now it’s time to take the next big step. https://t.co/RzWRTvYjpN

“At IKEA, we want to make responsible forest management the norm, to stop deforestation, enhance biodiversity and support people who depend on forests for their livelihood,” Inter IKEA Group CEO Jon Abrahamsson Ring said in the announcement. “Responsibly managed forests also play a vital role in climate change mitigation. By enforcing strict requirements, and partnering with different organisations across the world, we have contributed to moving the forestry sector forward. Still the pressure on the world’s forests and the surrounding eco-systems is increasing. Now it is time to take an even more holistic approach to protect and support these important resources for generations to come.”