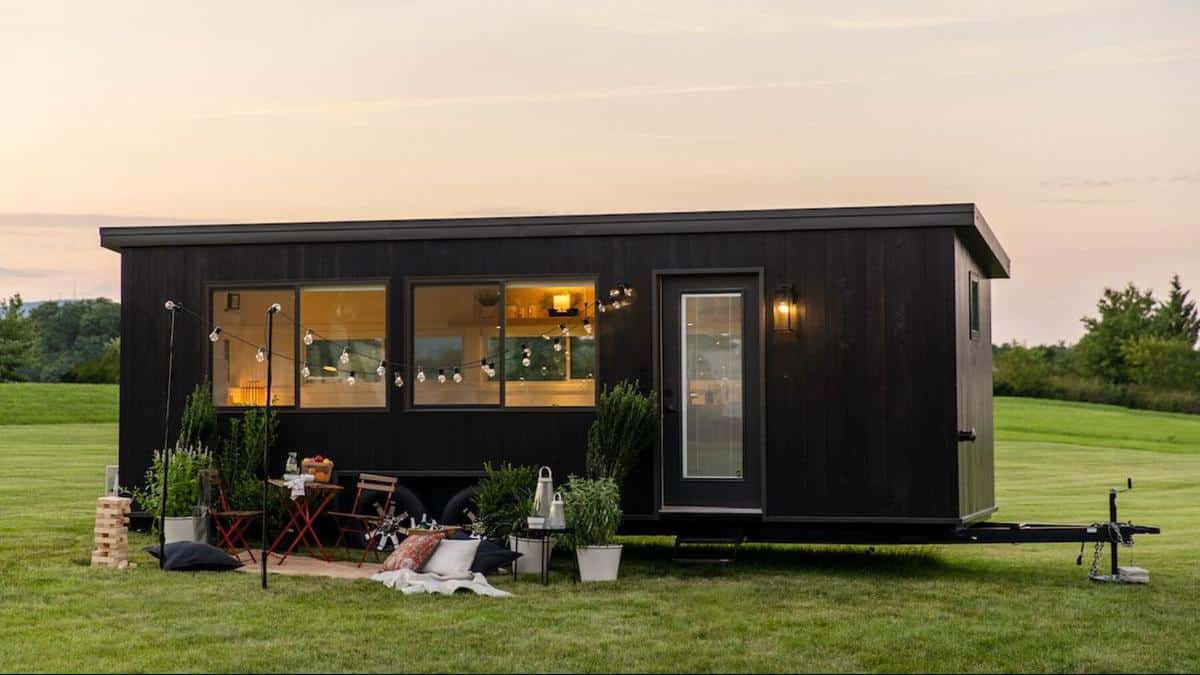 IKEA has partnered with Vox Creative and tiny home builder Escape to create a sustainable tiny house on wheels. Josiah And Steph Photography

Furniture giant IKEA collaborated with Vox Creative and tiny home builder Escape to produce a tiny house on wheels that could inspire environmental- and climate-friendly changes in the housing industry.

“It was a natural pairing,” Escape founder Dan Dobrowolski told Lonely Planet. “We feature many IKEA products in our various tiny home designs around the country as they mirror the renewable, reusable and recycled materials we incorporate into the actual structures.”

According to IKEA, the project’s goal is to prove “that anyone, anywhere can live a more sustainable life,” reported Green Matters. As such, the model IKEA Tiny Home Project was created with that purpose in mind.

The entire trailer unit is a 187-square-foot model filled with IKEA furniture, topped with roof solar panels and stocked with an on-demand RV water heater, Dwell reported. According to NBC, it runs on electric and allows for off-the-grid living. The tiny building also emits zero pollution, including carbon. In fact, the only emissions come from the trailer being towed.

Manufactured structures are usually less wasteful than on-site constructions, according to Pebble Magazine. The interior’s whitewashed panels are made from sustainably grown pine, reported Travel + Leisure, while the kitchen cupboards are made from recycled bottle tops. There is also a compostable toilet and a collapsible desk/kitchen table, Lonely Planet shared.

If the tiny house trend becomes even more popular through new, sustainable projects like IKEA’s, it could help curb climate pollution from the housing industry. Currently, the sector accounts for about five percent of greenhouse gas emissions in the U.S., not counting electricity, reported NBC.

Some skeptics note that smaller houses won’t tackle the biggest climate threat from construction: concrete. The very qualities that make concrete a desirable construction material (non-modular form; low-labor requirements; capacity to be shaped) make it non-reusable and unsustainable, NBC reported. While projects like the tiny house might use more renewable materials, large structures like bridges, ports, roads and factories still use concrete.

Even so, the push toward smaller, more sustainable housing is leading to environmental shifts. Green Matters reported that tiny homes typically reduced energy consumption by about 45 percent and prompted owners to behave more sustainably by growing their own crops, reducing consumption and recycling more.

“We built a sustainable tiny home from the ground up to better educate and inspire consumers to bring sustainability into their own lives,” IKEA said, reported Green Matters. The company hopes the project will “[generate] awareness of the tiny home and [illustrate] the big impact that small, daily decisions can make for a better, more sustainable world.”