How Obama's 'Year of Action' Could Advance Green Building 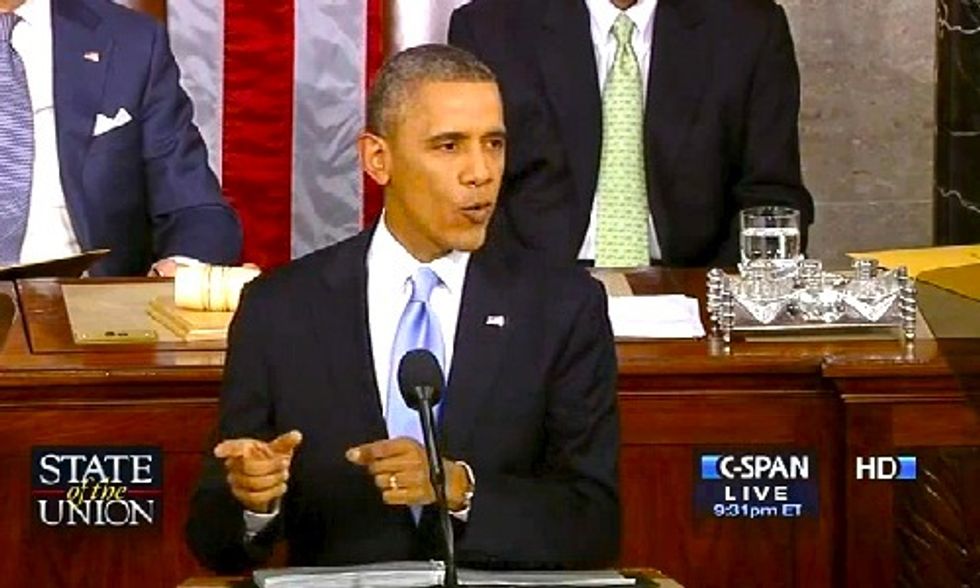 Last night, I was inspired watching President Obama outline a plan to "make this a year of action" and calling on us all to do everything we can to invest in a stronger America. The president himself also wasn't shy about reaffirming his commitment to take action: "Wherever and whenever I can take steps without legislation to expand opportunity for more American families, that's what I'm going to do."

Well, here at the U.S. Green Building Council (USGBC), we're all too familiar with all the various actions the executive branch could be taking to advance green building. I know because USGBC led the development of two reports, one in 2010 and another in 2012, that systematically cataloged all the various measures the president could take to accelerate green building using existing authority. The reports—spearheaded by one of our policy experts, Jason Hartke, who focused his Ph.D. dissertation on executive action—were extensive collaborative efforts that brought the green building industry together and leveraged our collective insight and knowledge to identify these important policy levers. We worked with many likeminded organizations and long-time USGBC members, including BOMA International, the Real Estate Roundtable, United Technologies, HDR, Ingersoll Rand, Schneider Electric, Johnson Controls, Siemens, Lennar Homes, NASEO, NRDC, the National Housing Conference, Enterprise Community Partners, the Center for American Progress and the Energy Foundation.

Our ultimate finding was simple and straightforward: The executive branch was in a strong position to advance green building by simply fully executing existing laws. By addressing almost three dozen Federal programs that directly provide or facilitate about $72 billion in funding and loan guarantees, our 2010 report identified almost 100 detailed opportunities for action—none of which would require additional appropriations or legal authorization from Congress. In addition, many of the findings in our second report from 2012—"Better Buildings through Executive Action"—remain policy opportunities today.

For example, the report included recommendations to:

These two reports demonstrated the significant potential for progress in upgrading the nation’s building stock, even at a time of severe fiscal constraints and intense partisan gridlock in Congress. But most important is that these executive opportunities would generate jobs in the hard-hit construction sector by leveraging existing funds within exiting programs, actions that could be taken right now to help strengthen the American economy.

Doing more to advance better buildings could, as the president said, be part of an agenda to make 2014 “a breakthrough year for America.”