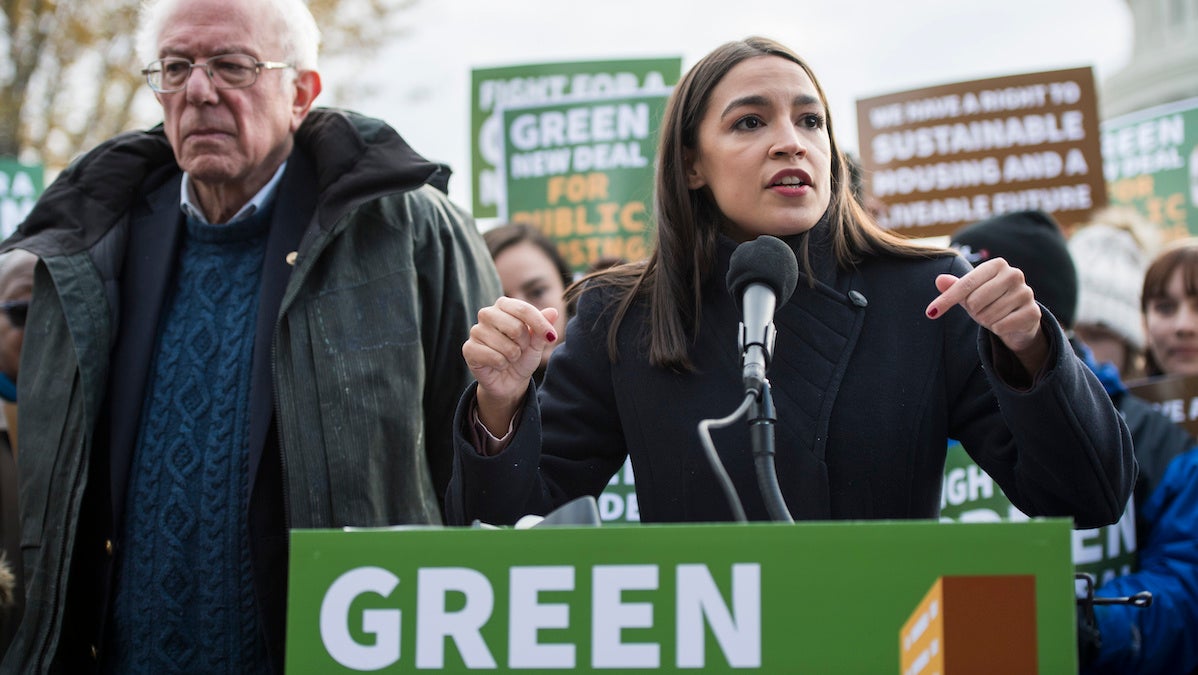 When former Vice President Joe Biden effectively clinched the Democratic nomination in April, one major concern for the climate movement was the fact that his plan for tackling the issue was less ambitious than that of some of his primary rivals.

But Biden signaled a willingness to boost his climate platform. And now, Green-New-Deal champion Representative Alexandria Ocasio-Cortez (D-NY) has agreed to serve on a panel helping him shape his plan to address the climate crisis.

“She made the decision with members of the Climate Justice community — and she will be fully accountable to them and the larger advocacy community during this process,” a representative of the Congresswoman told Reuters by email Tuesday. “She believes the movement will only be successful if we continue to apply pressure both inside and outside the system.”

Ocasio-Cortez has made a name for herself in Congress as an advocate for a Green New Deal to transition the U.S. away from fossil fuels while providing jobs and supporting greater equality. In the primaries, she endorsed Independent Vermont Senator Bernie Sanders, whose climate plan promised .3 trillion for a Green New Deal-type mobilization and earned a 94 out of 100 on Greenpeace‘s climate scorecard. Biden’s initial plan, meanwhile, promised only .7 trillion and earned a 72 from Greenpeace.

But when Sanders, the last major primary contender to drop out, endorsed Biden, the campaign announced a series of task forces that would work to bring together supporters of the two candidates on issues from health care to criminal justice to the economy, CNN explained. It is the climate-centered of these task forces that Ocasio-Cortez will be serving on, as Biden himself confirmed in an interview with News8 in Las Vegas Tuesday.

“I’m working with Bernie and with his people. And so, and we’ve made some changes. We’ve listened to Bernie supporters and, you know, for example, we have Congresswoman Ocasio-Cortez, she is on one of the panels,” Biden said.

A source with direct knowledge of the matter told CNN that Ocasio-Cortez would actually be co-chairing the panel.

Ocasio-Cortez spokeswoman Lauren Hitt told NBC News the Congresswoman would be representing Sanders on the panel.

When the panels were first announced, Sanders explained them as a way to unify the Democratic party’s progressive and moderate wings.

“It’s no great secret out there, Joe, that you and I have our differences, and we’re not going to paper them over. That’s real,” Sanders said, as CNN reported. “But I hope that these task forces will come together utilizing the best minds and people in your campaign and in my campaign to work out real solutions to these very, very important problems.”

Biden told News8 he was reaching out to Sanders supporters, but said their positions were not as far as voters may have believed.

“My message to all — and what they’re finding out now that the nomination process is de facto over, they’re finding out the positions I had on an awful lot of things were not accurately characterized and they’re feeling more comfortable with it,” Biden said, as NBC News reported. “But I’m listening. I’m here, I need them, and I hope they all will join us.”

President Donald Trump, who Biden will be running against in November, has not taken any steps to address the climate crisis and has a Greenpeace score of zero.

“Trump denies the reality of the climate crisis and is actively promoting fossil fuels while weakening existing climate protections. His Cabinet is filled with former coal and oil lobbyists. Trump gets an ‘F’ for putting our most vulnerable communities — and our very futures — at risk,” Greenpeace wrote.