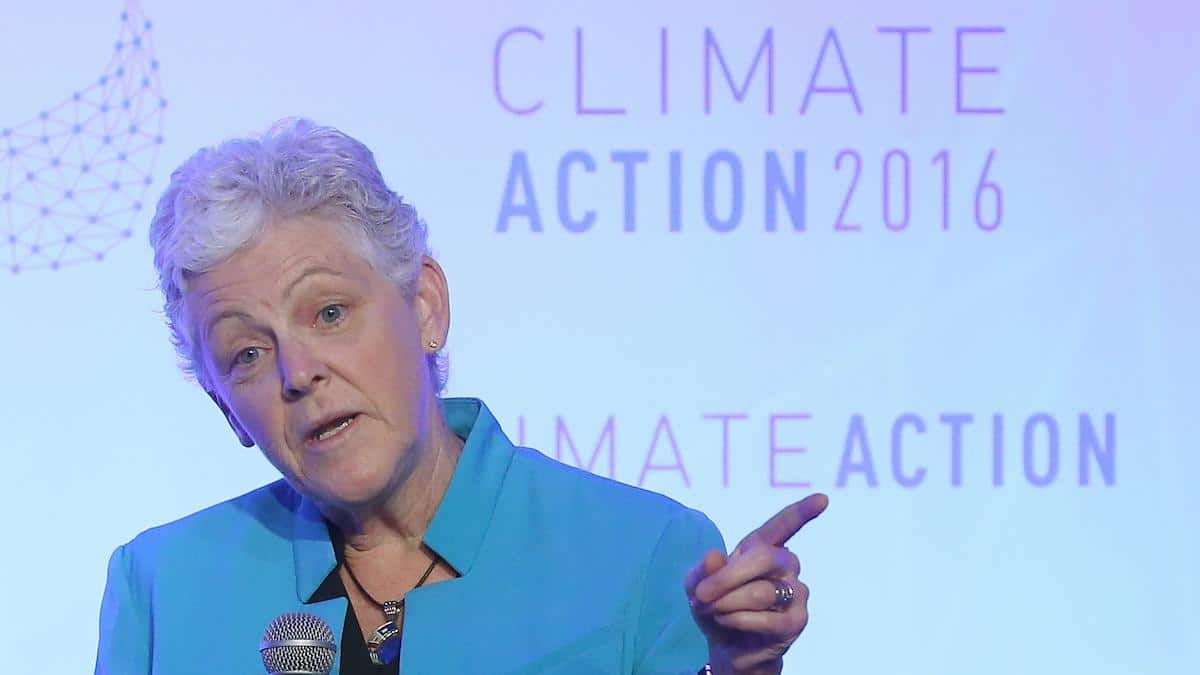 Gina McCarthy, EPA administrator in the Obama administration, speaks during the Climate Action 2016 Summit on May 6, 2016 in Washington, DC, two weeks after the signing ceremony of the Paris agreement. Mark Wilson / Getty Images

The appointment of Gina McCarthy would put her in charge of federal policy on climate across agencies. Biden has made the climate crisis a main focus for his upcoming administration, tapping former Obama secretary of state John Kerry to be its special presidential envoy on climate, as a cabinet-level official who will sit on the National Security Council.

McCarthy currently serves as the president of the Natural Resources Defense Counsel, an environmental advocacy organization with broad reach. She would be Kerry’s counterpart, where she would run domestic policy, with Kerry in charge of international diplomacy with regard to climate.

In an interview with NPR in November, McCarthy said Biden’s climate strategy consisted of re-entering the Paris agreement immediately, and moving to clean energy by 2035. She mentioned how under President Trump the administration was stacked with fossil fuel executives, which stalled policy on clean energy to move forward. It also stalled on the job front, as clean energy jobs are more likely to produce more employment through creating infrastructure.

She said in the interview that if people who may be skeptical about climate change, or rely on the fossil fuel industry for employment understood the potential of the job market in renewable energy — and the jobs would be more secure — then it could be massive step forward in combating climate change in the U.S.

And Michael Regan, the current secretary of North Carolina’s Department of Environmental Quality, is a top contender to head the upcoming administration’s EPA office, according to Bloomberg News. One of his largest achievements while in office was in January, where he held Duke Energy Corp accountable for its pollution production, forcing the company to agree to the largest coal cleanup in the U.S.