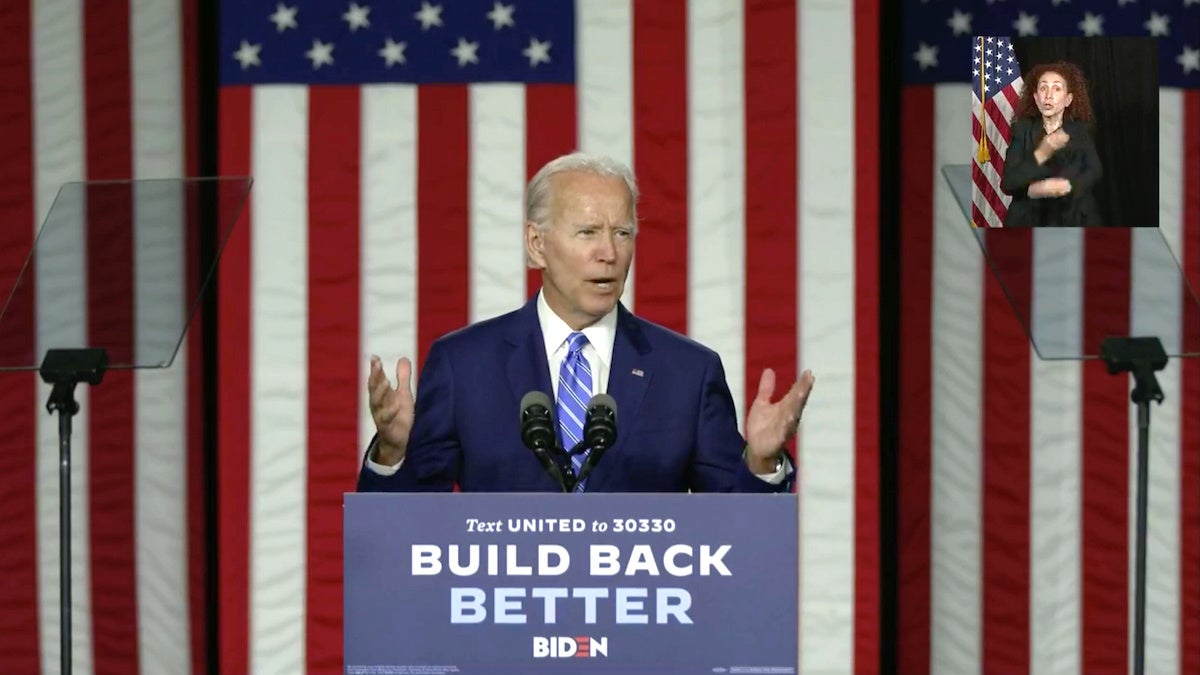 His plan would spend the money over the next four years to boost the transportation, electricity and building sectors’ clean energy profiles. It is also part of a plan to create new economic opportunities, improve the nation’s aging infrastructure, and to combat the climate crisis, as The New York Times reported.

Biden’s sweeping proposals would put an end to all greenhouse gas emissions spewed by U.S. power plants by 2035, arguing that large-scale dramatic moves are necessary to tackle the impending threat of the climate crisis and to revive the economy after the coronavirus pandemic, as The Associated Press reported. It would also ban fracking on public lands.

Speaking near his home in Wilmington, Delaware, Biden also sought to reframe the discussion around the climate crisis, moving it away from a moral imperative and toward an economic one, dismissing Trump‘s and the Republicans’ arguments that investments in green energy would cost jobs. Biden looked to play up how many jobs clean energy creates.

Biden’s climate initiative calls to chart the U.S. on “an irreversible path” to net-zero carbon emissions by 2050. In addition to achieving a carbon-free power grid by 2035, Biden’s plan calls for upgrades to 4 million buildings and to weatherize 2 million homes over four years to increase energy efficiency, as NPR reported. Homeowners would be given cash rebates to upgrade home appliances and install more efficient windows. Car owners would receive rebates to swap their old, less efficient cars for newer ones that release fewer pollutants, according to The Washington Post.

The proposal, Biden’s campaign said, would aim to shift major cities towards increased use of public transportation and “create millions of good, union jobs rebuilding America’s crumbling infrastructure,” according to NPR.

“We’re not just going to tinker around the edges,” Biden said his speech. “We’re going to make historic investments and seize the opportunity and meet this moment in history.”

Environmentalists and liberals quickly praised the climate initiative as a step forward in the climate effort. Predictably, Republicans quickly denounced it as an unwieldy plan that would raise energy costs, as The Washington Post reported.

“This is not a status quo plan,” said Inslee, as The New York Times reported. “It is comprehensive. This is not some sort of, ‘Let me just throw a bone to those who care about climate change.'”

Gina McCarthy, the former U.S. Environmental Protection Agency administrator who is now president of the Natural Resources Defense Council Action Fund, told The Guardian that the plan was “by a long shot – the most ambitious we have ever seen from any president in our nation’s history.”

Varshini Prakash, co-founder of the youth-led Sunrise Movement, said, as The Guardian reported, that Biden’s plan responds to many of the group’s previous criticisms by “dramatically increasing the scale and urgency of investments, filling in details on how he’d achieve environmental justice and create good union jobs, and promising immediate action — on day 1, in his first 100 days, in his first term, in the next decade — not just some far off goals.”