New High Seas Treaty Could Be a Gamechanger for the Ocean 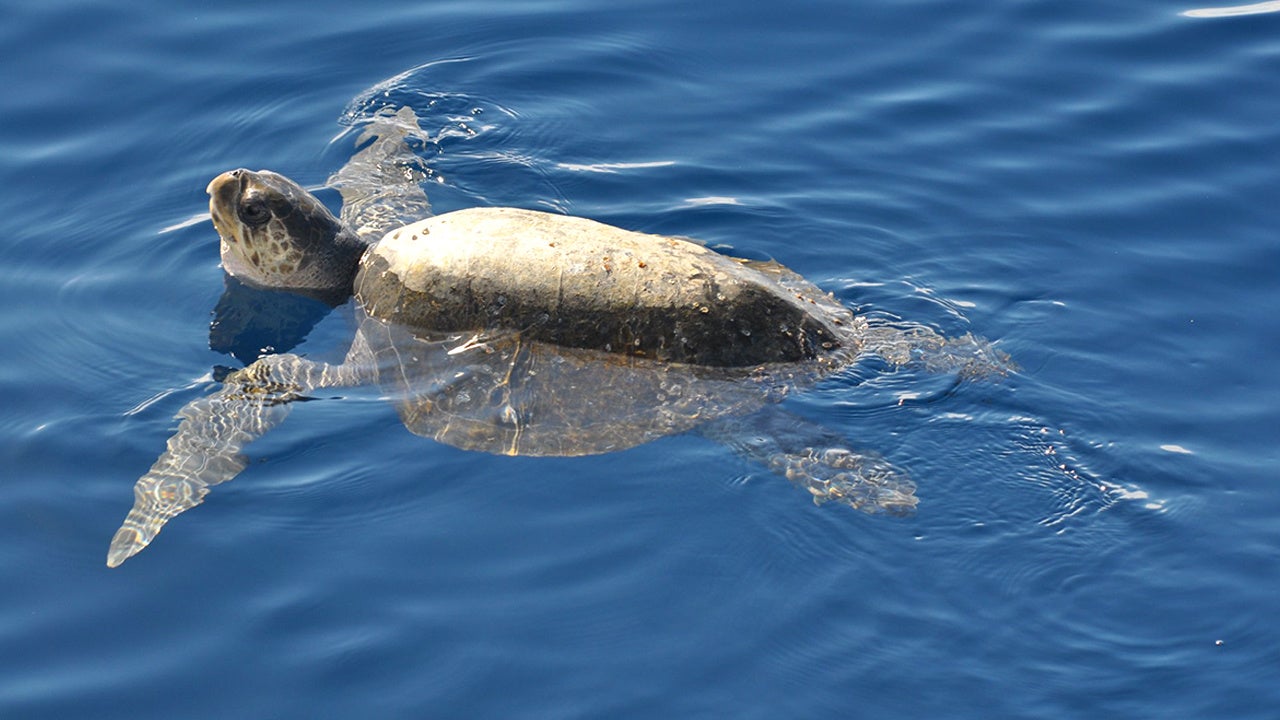 The green sea turtle's range extends throughout tropical and subtropical seas around the world. Constanza S. Mora / CC BY 2.0

Most of us have never been to the world’s immense last wilderness and never will. It’s beyond the horizon and often past the limits of our imaginations. It contains towering underwater mountain ranges, ancient corals, mysterious, unknown forms of life and the largest seagrass meadow in the world.

Yet it begins just 200 nautical miles off our shores. Technically referred to as “areas beyond national jurisdiction,” these remote expanses are known to most people simply as “the high seas.”

Their vast, dark waters encompass roughly two-thirds of the ocean and half the planet and are the last great global commons. Yet just 1 percent are protected, leaving these vital but relatively lawless expanses open to overfishing, pollution, piracy and other threats.

That could change soon.

In 2018, after more than a decade of groundwork at the United Nations, negotiations officially began for a new treaty focused on conservation and sustainable use of marine biodiversity in the waters beyond national jurisdiction.

The proposed treaty is being developed under the U.N. Convention on the Law of the Sea, which was signed in 1982 and defined nations’ rights and responsibilities for use of the world’s oceans. The Convention itself is a landmark agreement that established many key environmental protections and policies, but over the years it’s become obvious that some gaps in its governance policy have left the ocean’s ecosystems open to ongoing and emerging threats.

The new treaty is intended to help fill those gaps, although, as with any international agreement, that presents challenges. Representatives of world governments gathered in 2018 and 2019 for three rounds of negotiations, but many parts of the key issues remained unresolved. Among them are plans to establish a framework for evaluating and implementing area-based management tools, which include marine protected areas, since no such systems exist now for the high seas.

Other items requiring agreement include establishing uniform requirements for conducting environmental impact assessments; how benefits from marine genetic resources may be shared among nations; and capacity building for management and conservation.

Many experts hoped the fourth negotiation session, originally scheduled to begin March 23 at the U.N. headquarters in New York, would lead to the finalization of the treaty’s text, but the meetings were postponed because of the COVID-19 pandemic.

That pause gives us an opportunity to understand what’s at stake a bit better.

“This is the first time that there’s been a treaty process devoted to marine biodiversity in the high seas and the first ocean treaty really to be negotiated in over 30 years,” said Peggy Kalas, director of the High Seas Alliance, a coalition of more than 40 environmental nonprofits and the International Union for the Conservation of Nature. “It’s a big deal, and it’s been a long time coming.”

But this historic opportunity is also one that could be squandered if the treaty fails to enact protections strong enough to actually safeguard ocean life.

“It has the potential to be a gamechanger for the oceans,” said Douglas McCauley, a professor of ecology, evolution and marine biology at U.C. Santa Barbara and director of the Benioff Ocean Initiative. “But it’s still to be determined whether it will be just the treaty version of lip service.”

The Need for Protection

We’re all connected to the high seas, even if we never actually see them, says Morgan Visalli, a project scientist at Benioff Ocean Initiative at U.C. Santa Barbara. “It’s incredibly important for helping to regulate the climate, for providing oxygen, food and jobs.”

Even on land we depend on a healthy ocean. Phytoplankton in the ocean generate half our oxygen, and the ocean plays a key role in mitigating climate change — absorbing 25 percent of our CO2 emissions and 90 percent of heat related to those emissions. It’s also home to a rich diversity of species, some of which we’re still discovering.

But marine ecosystems face grave threats from an onslaught of abuses: chemical, plastic and noise pollution; deep seabed mining and other kinds of resource extraction; increased shipping; overfishing and illegal fishing; and climate change, which is altering both the temperature and chemistry of the waters. 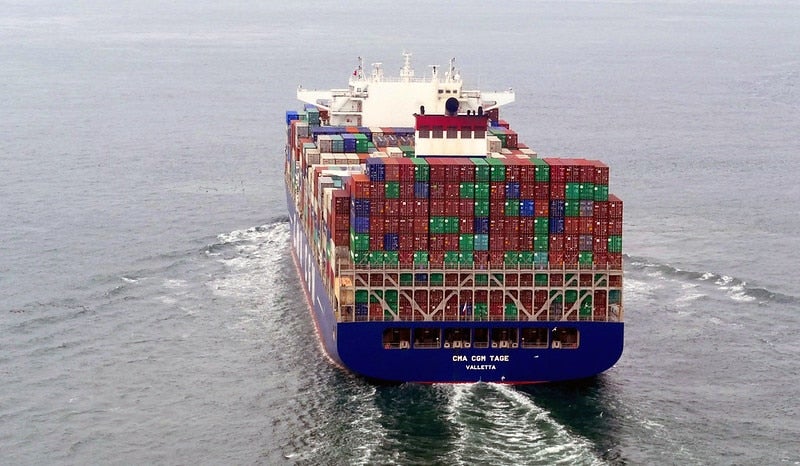 Numerous strategies are needed to tackle these problems, including the bedrock component of reducing greenhouse gases.

But a key tool that scientists have identified to help restore biodiversity is establishing reserves, often referred to as ocean parks or marine protected areas.

We know pretty well how to do this in national waters — there are more than 15,000 of them already in places like Australia’s Great Barrier Reef and the Florida Keys. But few such protected areas exist in the high seas because there is no international framework to guide the process. One such effort to establish a marine protected area in Antarctica’s Ross Sea took years of research and diplomacy to implement.

It’s simply not feasible to scale the process — especially in the time we’d need to do it. That’s why creating such a framework for marine protected areas in waters outside of national waters is a key part of the new high-seas treaty negotiations.

And that fits into a larger global vision.

The participant nations in another international treaty, the Convention on Biological Diversity, are set to convene this fall. The agenda includes a goal of enacting an international framework to protect 30% of the oceans by 2030.

It’s a goal that scientists call a bare minimum. And it’s one that may be impossible to meet without the high-seas treaty.

“The science is clear, if we’re going to sustain a healthy, functioning ocean ecosystem, we need to be protecting at least 30% of the world’s oceans,” said Liz Karan, who leads efforts to protect the high seas for Pew Charitable Trusts, a member of the High Seas Alliance.

In anticipation of the treaty’s passage, scientists like Visalli and McCauley have already started modeling how new priority areas could be identified.

The high seas are our last global commons & essential to life on earth. As the UN weighs a groundbreaking #HighSeas treaty, we crunched 22 billion data points to identify hotspots of biodiversity deserving of protection on the high seas #OneOceanOnePlanet https://t.co/yuwgkkZMuO pic.twitter.com/UdjupHfBPJ

The other parts of the treaty, including environmental impact assessments and genetic resources, remain vital areas of discussion, but conservation groups have stressed the importance of protected ocean reserves for protecting the planet.

“If we want the ocean to continue its role in climate adaptation and being able to absorb the excess heat that it does, we need to create areas of resilience for the ocean,” said Kalas. “And the best way to do that is marine protected areas.”

Of course the devil is in the details.

While thousands of marine protected areas already exist, they come with varying levels of protections — much like we see with public lands. Some can be very restrictive, like national parks, or continue to allow extractive activities, such as in national forests.

Current marine protected areas range from no-take reserves that ban all extraction to areas allowing multiple uses — the latter are more common. Not surprisingly, though, scientific studies have shown that the no-take reserves do a much better job at protecting and restoring biodiversity.

Whether the treaty will be a landmark conservation effort or enshrine the status quo has yet to be determined, said Karan. “Both potential pathways are currently reflected in the draft treaty text” at this time.

From a scientific standpoint, McCauley says, marine protected areas should actually protect the wild character of the area and that means no activities — like mining or bottom trawling — that would disturb habitat. And the protections need to extend down from the ocean’s surface, through the water column, to the seafloor. 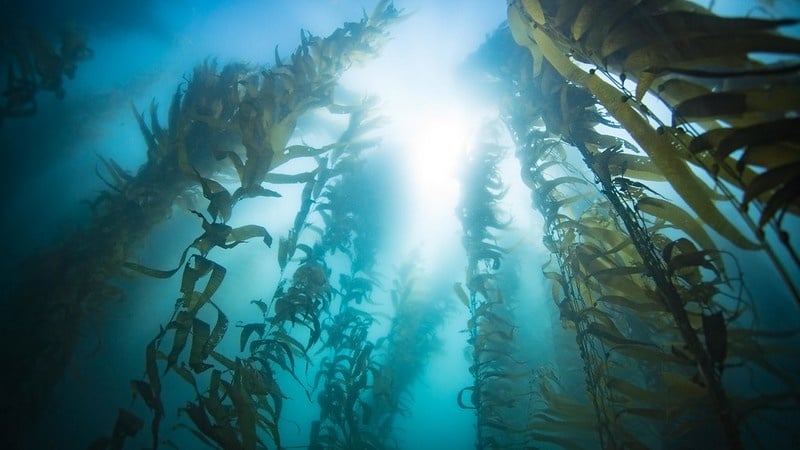 A kelp forest in a marine protected area off the coast of California. Camille Pagniello / CC BY 2.0

To do that means figuring out how the new treaty would fit with a tangle of more than 20 existing governance organizations that regulate seabed mining, fisheries management and shipping regulations.

“One of our hopes is that this treaty would knit those pieces together and provide a little bit more coherence and compatibility with those issues, particularly with regards to conservation and sustainable use,” said Karan.

There would also need to be a process for scientifically evaluating areas proposed for protections, and how the established reserves would be managed, and the restrictions enforced.

“The whole process, the whole vision and opportunity to think about doing something smarter and better — for the ocean, for biodiversity, for us — ends if we don’t get strong language in the treaty and get that treaty to pass,” said McCauley. “There’s historical potential for the oceans, but we need to make sure people on the outside are watching the people on the inside [at the United Nations] in New York.”

Even though official treaty negotiations are on hold awaiting a decision on rescheduling the talks, work continues among governments as they review and refine their positions on numerous proposals submitted by states and NGOs.

The United States has been a participant in the talks, but the treaty process has largely flown under the radar among the general public so far. Given President Trump’s position on environmental protections and distain for multilateralism (like the Paris climate agreement), that’s been pretty intentional on the part of environmental NGOs.

But as efforts may be nearing the finish line, this is starting to shift. Karan says there’s more interest from legislators about high seas governance and more need to have an engaged public who can advocate for strong conservation protections.

Things are complicated, though, by the fact that the United States never ratified the 1982 Law of the Sea Convention, widely considered a “Constitution” for the ocean.

There is hope from some of the participants that the United States could ratify the high seas treaty if it comes to fruition, say Karan. But no one is holding their breath for that. Kalas says the goal is that the treaty, once completed, would be widely supported, although it remains to be seen how many countries will sign on. “If only 40 countries ratify it, that wouldn’t make it as strong of an agreement as if all the United Nation’s 193 nations ratified the agreement,” she said.

But there’s a fine line between having an agreement that’s universally supported and one that establishes concrete conservation actions and protections.

“Our concern is that in trying to get everyone in the tent as it were, we’re going to wind up with a status-quo agreement,” said Karan. “As much as we want a treaty, we want one that will make concrete change on the water.”

And it’s worth remembering, we’re talking about a lot of water. When the next session convenes, she said, “states will decide the ocean’s fate.”