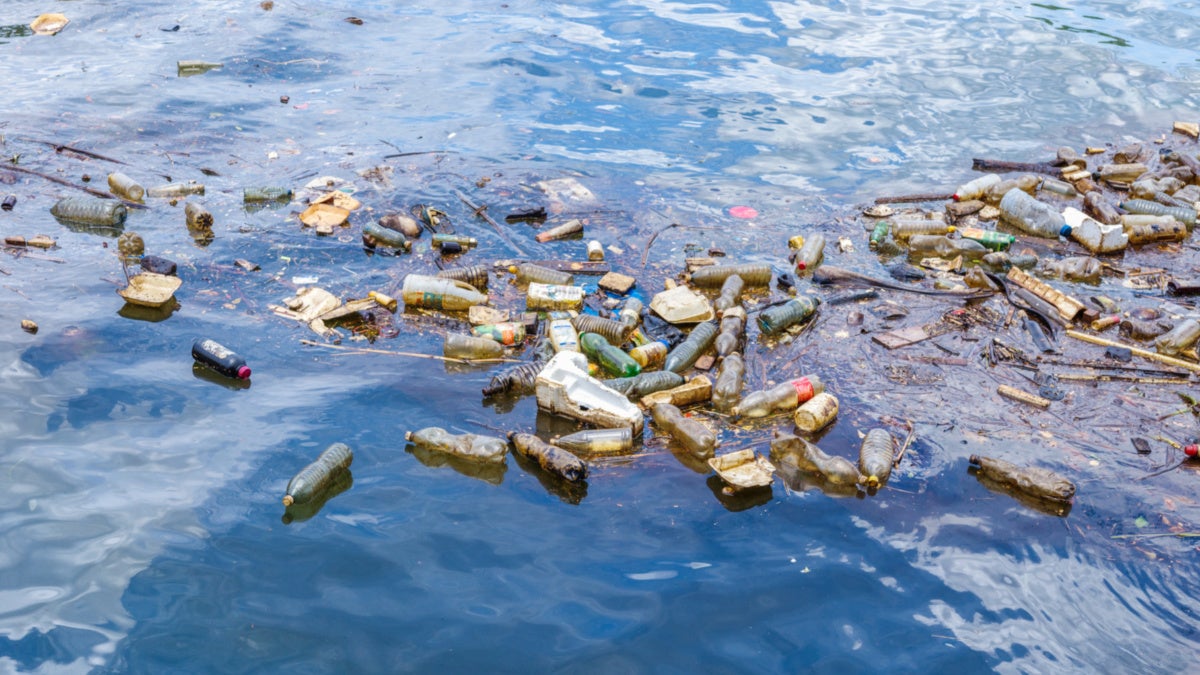 In 2018, Lauren Biermann was scouring a satellite image of the ocean off the coast of the Isle of May, Scotland, searching for signs of floating seaweed for a project at her university. Her eyes were drawn to lines of white dots gently curving along an ocean front.

“It was weird because I was seeing floating things that didn’t look like plants, and I didn’t know what they could be,” Biermann, an Earth observation scientist at Plymouth Marine Laboratory in the U.K., told Mongabay. She said she considered the fact that it could be plastic, but found it hard to believe that Scotland had patches of plastic off its coast. “I spent the first three months trying to prove that it wasn’t plastic, so I went and made a library of all of the things floating, like foam and driftwood.”

During her investigation, Biermann came across a project conducted by the University of the Aegean in Greece, in which a team of academic staff and students used drone and satellite image technology to identify “plastic targets,” such as water bottles, plastic bags and fishing nets, on the sea surface. This data helped Biermann connect the dots in her own research.

“I went, yes, okay, this is plastic,” Biermann said. “It was the first time I had … data to validate what I had seen in Scotland, and that’s how I could build a spectral signature of plastic, and then go and apply it to other places.”

More than 8.3 billion tons of plastic waste enter the oceans each year, equivalent to a garbage truck dumping its contents into the sea every minute of the day, according to a report by the World Economic Forum. Anything more than 5 millimeters in size, about a fifth of an inch, is generally considered to be “macroplastic,” while anything below that size is “microplastic.”

Biermann and a team of colleagues embarked on their own study of detecting ocean plastic through satellite imagery, and recently published their findings in Scientific Reports. First, they obtained high-resolution optical data from the European Space Agency (ESA), which is gathered by the Sentinel-2 Earth observation satellite. Second, they used the plastic target data from the University of the Aegean to help differentiate plastic debris from natural objects like driftwood and seaweed.

Then the researchers employed an algorithm to develop a “floating debris index” (FDI) that would identify macroplastics, like plastic water bottles and plastic bags, bobbing on the surface of the sea.

“I will read an article or a social media post about marine plastic pollution, and then go and look at that area, using Sentinel-2, and process the data using the floating debris index … and then extract those values and feed it into the machine learning algorithm,” Biermann said.

Biermann and her colleagues have tested these methods on satellite imagery of coastal waters off Accra, Ghana; the San Juan Islands, U.S.; Da Nang, Vietnam; and east Scotland, reporting an 86% accuracy rate.

However, the process of identifying plastic isn’t always straightforward. Cloud cover and rough seas can compromise the data, and macroplastics won’t stay in one place for a long time, particularly in coastal zones, Biermann said. “Things change really quickly, so a Sentinel-2 image that I look at today would have been taken two days ago, and by then anything that I see is gone,” she said.

While plastic tends to get pushed around in the ocean, winds and ocean currents will propel it into clusters that stay in one place. Biermann says she hopes that optical satellite data can help identify these aggregates, and that people and organizations can use this information to work on solutions.

“There will be cleanup operations like the Ocean Voyages Institute, which we’d like to work with. They would then go to where we spotted things, and they would be able to remove tons of plastic at a time,” Biermann said. “This really is the first technical exercise, but we would then like to apply the method, far more broadly … to rivers and open waters.”

Biermann makes an important clarification: this satellite data shouldn’t be seen as a solution to the plastic pollution issue.

She says she also hopes this data will help build awareness of the global plastic pollution issue, and inspire action on the issue.

“What I don’t want to see is my work being used to greenwash the problem — now we can see it from space, so we know where to go and fetch it,” she said. “That’s not the case at all. And I think if anything, it’s just to say there that there’s enough of it now that it can be seen from space, [and we should] take that message to heart. The individual is not the problem here, and our individual behavior is not generating plastic on such a scale that it can be seen from space. Really, it is an industry problem.”