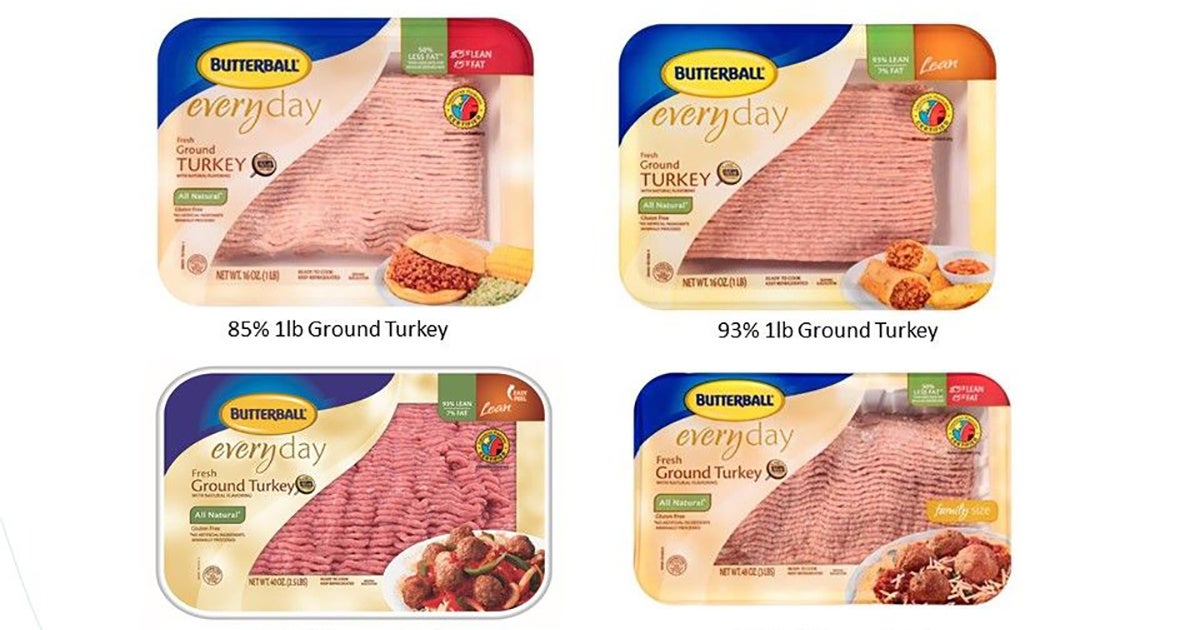 The turkey has been linked to an outbreak of Salmonella Schwarzengrund that has sickened six people in three states, according to the most recent information from the Centers for Disease Control and Prevention (CDC). One person has been hospitalized.

The recall comes as the CDC continues to investigate an outbreak of Salmonella Reading linked to various raw turkey products that sickened 279 people in 41 states, killing one.

The recalled Butterball turkey was produced on July 7, 2018 and should no longer be in stores, Consumer Reports noted. However, FSiS warned anyone who had stored the recalled turkey in their freezers to throw it away or return it to the store where they bought it.

“It’s possible, though, that people who bought ground turkey back in July took it out of its original packaging and rewrapped it before freezing it and won’t remember the brand or when they bought it,” Manager of Food Safety Testing at Consumer Reports Sana Mujahid, Ph.D, acknowledged. “If that’s the case, it would be best to not eat the turkey, or, if you do, to be especially careful to cook it to 165° F and to wash your hands, utensils, and prep areas thoroughly after handling the turkey.”

The connection was discovered as part of an investigation by FSIS, CDC and state authorities into an outbreak that began Dec. 19, 2018. Wisconsin officials found samples of Butterball turkey in the home shared by four patients. Researchers found bacteria in the turkey genetically related to what had sickened the patients, FSIS said. The other two cases occurred in Minnesota and North Carolina, where Butterball is based. 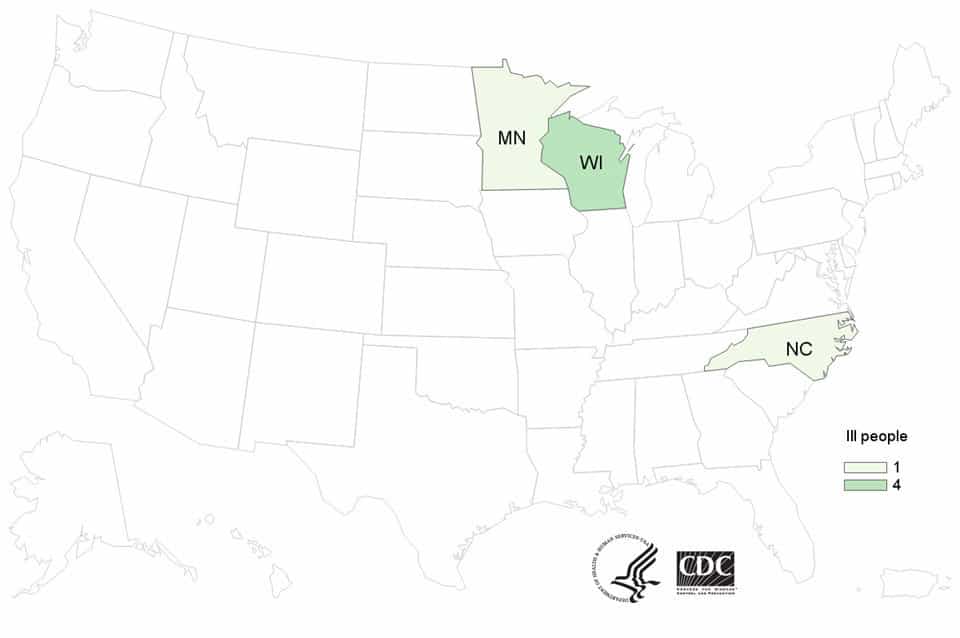 A map showing the states where outbreak cases have been reported.

“Butterball is working closely with the U.S. Department of Agriculture and state health departments to encourage the public to identify any potential frozen product and to dispose of it appropriately,” the company said in a statement.

Salmonella Schwarzengrund is an unusual strain in the U.S., and Butterball Public Relations Manager Christa Leupen told Consumer Reports that it “wasn’t on our radar prior to now.”

However, Consumer Reports noted it has the same symptoms as other strains of the disease. Those are diarrhea, fever and stomach cramps, and they kick in 12 to 72 hours after exposure.

The recalled products had a sell-by date of July 26, 2018 and the following batch codes, according to Butterball: