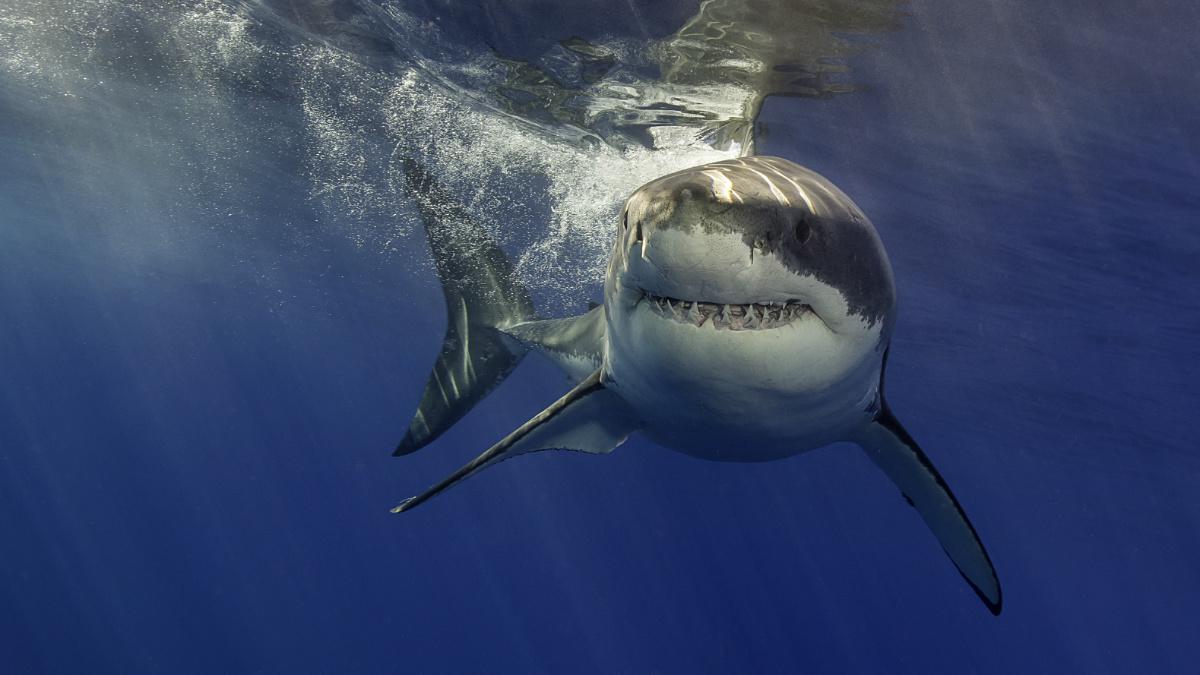 The climate crisis is driving young great white sharks up the California coast, and it’s causing problems for the endangered wildlife that live there.

Juvenile great white sharks have historically spent their time in Southern California waters, but after a marine heat wave started in 2014, they began to spend more time further north in Monterey Bay. This is bad news for prey animals such as sea otters, whose area numbers have fallen 86 percent since the sharks moved in, The Guardian reported.

“White sharks aren’t just another species — they’re an apex predator and all eyes are on them in the ocean,” Kyle Van Houtan from the Monterey Bay Aquarium, who co-authored a new study on the phenomenon, told The Guardian.

The study, published in Scientific Reports on Tuesday, used data from juvenile great white sharks tagged in 2002 to monitor their movements, according to a Monterey Bay Aquarium press release published in EurekAlert! Researchers used 22 million electronic data records from 14 sharks and compared them to 38 years of ocean temperature data to find the coldest temperature the sharks could stand.

Juvenile sharks range between five and nine feet long and often prefer warmer water, where they feast on fish, rays and squid, according to The Mercury News. After two or three years the sharks set out for colder, deeper waters after growing more than ten-feet long and developing wider, more serrated teeth.

Between 1982 and 2013, the young sharks never ventured further north of Santa Barbara, at 34 degrees North, according to the press release. However, after the marine heat wave in 2014, their range shifted 4.5 degrees North to Bodega Bay. The sharks’ current range limit remains at 36 degrees North near Monterey Bay. The cold water limit for the sharks moved about 373 miles north between 2014 and 2020, according to The Guardian.

At the same time, the sharks’ suitable water temperature range actually shrank by five percent. This is a problem for their prey.

“It doesn’t seem big in the overall scheme of things but predators and prey are now compressed into a smaller place, where prey have fewer places to hide. So you’re seeing a really rapid decline in fish, including salmon,” Van Houten told the Guardian.

The shift has also impacted humans who now share their surfing and swimming spots with the predators.

“I’ve seen sharks right under surfers — just a few feet away,” Chris Gularte, a Specialized Helicopters chief pilot who conducts tours in the area, told The Mercury News. “When the water is warm and they come in the bay, you can see them swim near people all day long. Standup paddlers and kayakers will go right up to them and not realize they are there.”

A 2020 attack killed a surfer near Santa Cruz when a shark bit an artery in his leg. However, California shark attacks decreased 91 percent since 1950 because people are more informed on how to avoid sharks, The Guardian explained.

The scientists stressed how sharks are not to blame for their northward shift.

“White sharks, otters, kelp, lobsters, corals, redwoods, monarch butterflies — these are all showing us that climate change is happening right here in our backyard,” Van Houtan said in the press release. “It’s time for us to take notice and listen to this chorus from nature. We know that greenhouse gas emissions are rapidly disrupting our climate and this is taking hold in many ways… But let’s be clear: The sharks are not the problem. Our emissions are the problem. We need to act on climate change and reduce our reliance on fossil fuels.”